Juana Bormann, part of a series of mug shots taken of former guards and prisoners from the Belsen camp before their trial in front of a British Military Tribunal. 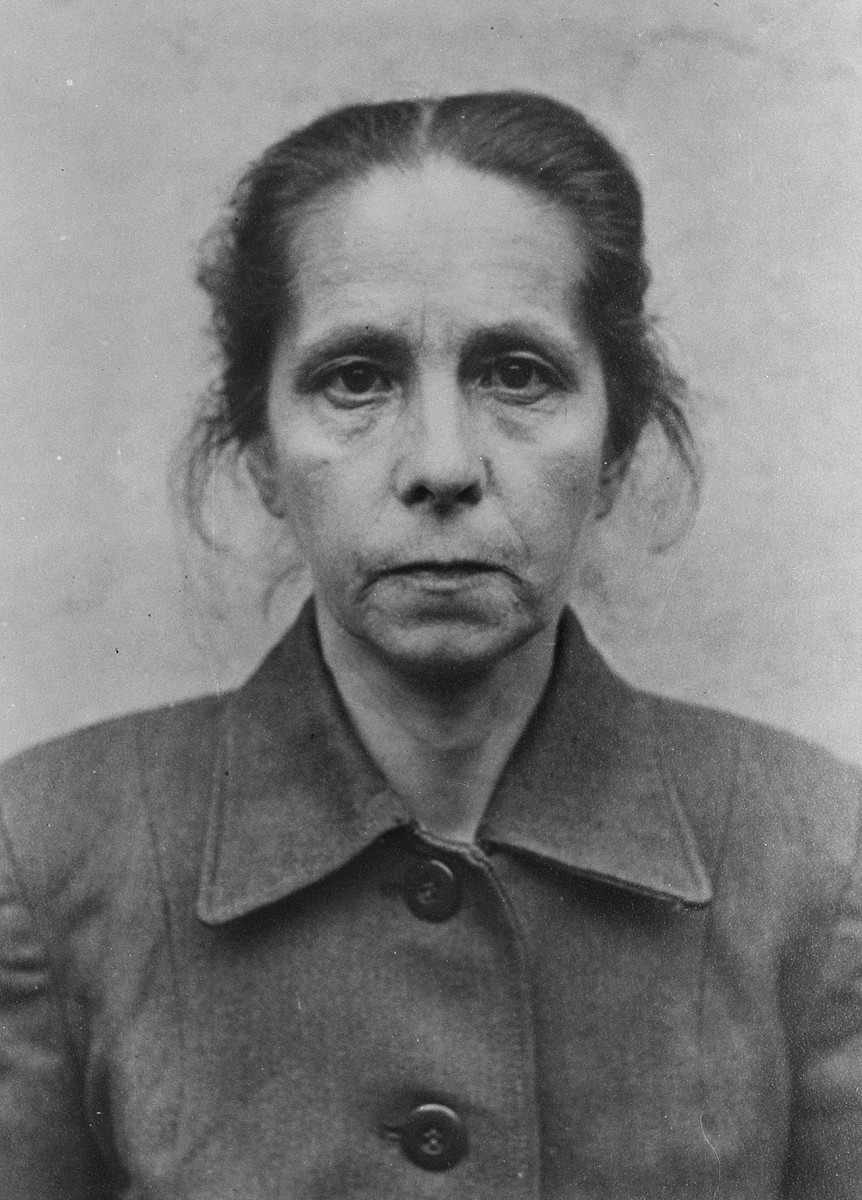 Juana Bormann, part of a series of mug shots taken of former guards and prisoners from the Belsen camp before their trial in front of a British Military Tribunal.

One of the oldest SS staff members in Bergen-Belsen at age 52, Juana Bormann had a reputation as a sadist. Witnesses constantly repeated how at Auschwitz she would set her dog upon prisoners and watched as they were torn apart. Questions of her sanity arose during the Bergen-Belsen Trial but they were not enough to keep her from being found guilty by the British Military Tribunal. She was sentenced to death and hanged on 13 December 1945 in Hameln, Germany.

Event History
Over the course of two months, from 17 Sept. to 17 Nov. 1945, forty-five former camp personnel and prisoners from Bergen-Belsen were tried for war crimes before a British Military Tribunal in Lueneburg, Germany. The defendants, thirty-two former members of the SS (sixteen men and sixteen women), including Josef Kramer, the former camp commandant, and twelve former prisoners (seven men and five women), were specifically charged with, either at Bergen-Belsen or Auschwitz, being responsible for either the murder of Allied nationals or the suffering of those nationals under the terrible conditions of the camp. Regarding the second charge, a problem soon arose for the prosecution because unlike Auschwitz, where camp personnel were considered directly responsible for the deadly conditions, Bergen-Belsen was not an extermination camp, making it harder to prove that the defendants were responsible for the conditions. Persuasive evidence, however, including film footage taken during the camp's liberation and a visit to the camp by the court, enabled the prosecution to secure guilty verdicts for all but fourteen of the defendants. Of those four guilty, eleven were sentenced to death (including Kramer), and nineteen were sentenced to various jail terms, from life to one year. Those sentenced to death were hanged on 12 Dec. 1945.