Marinus van der Lubbe (lower left) stands before the tribunal at the opening of the proceedings of the Reichstag Fire trial in Leipzig. 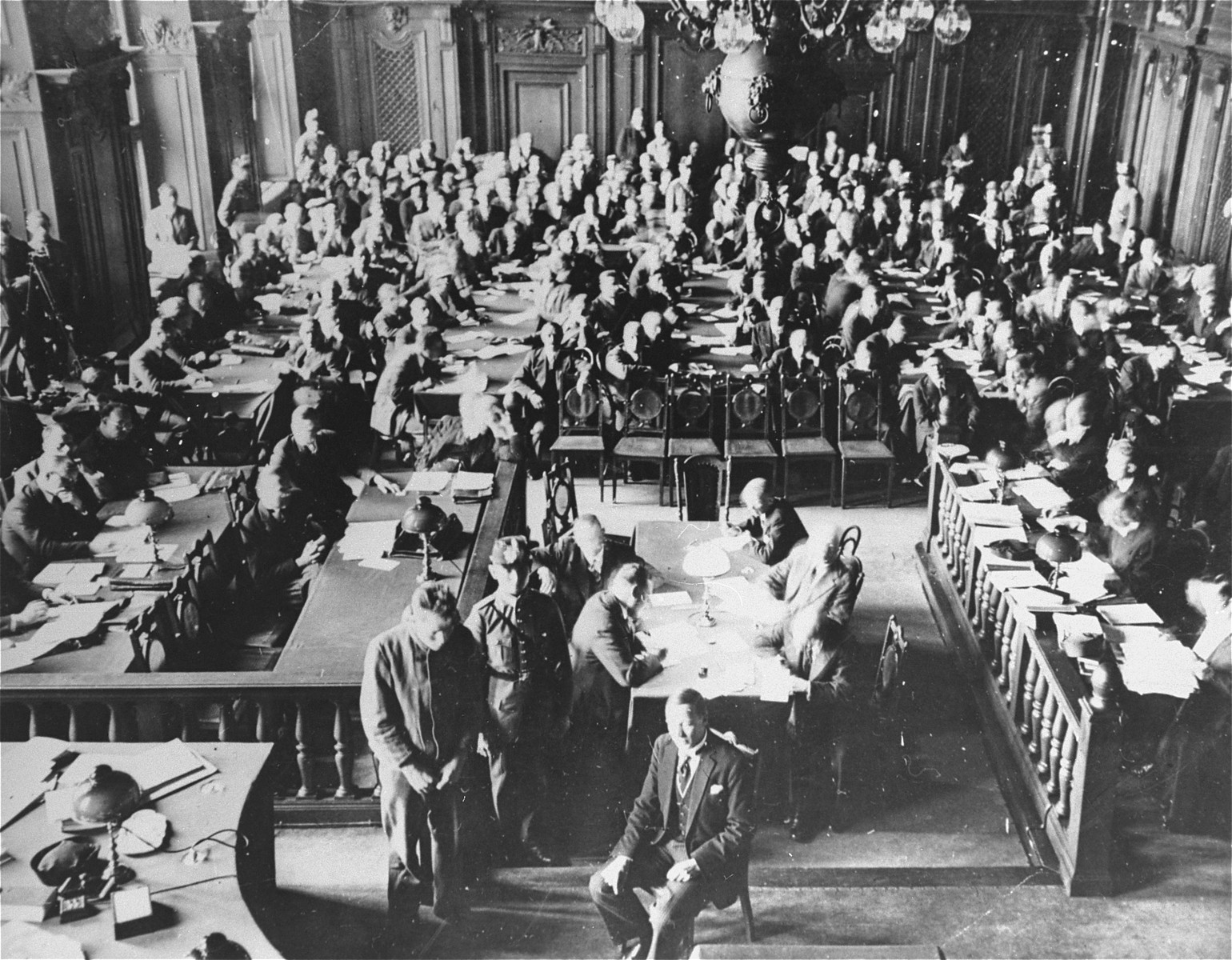 Marinus van der Lubbe (lower left) stands before the tribunal at the opening of the proceedings of the Reichstag Fire trial in Leipzig.

Event History
Following the Reichstag fire of February 27, 1933, the German authorities decided to stage a trial to show the world that the arson had been a Communist plot. The proceedings ran from September 21 through December 23, 1933. They were held in Leipzig before the Fourth Penal Chamber of the Supreme Court, with Dr. Wilhelm Buenger, president of the Fourth Criminal Court, serving as the presiding judge. The five defendants in the case were Marinus van der Lubbe (b. 1909), a Dutch laborer; Ernst Torgler (b. 1893), a former Communist Reichstag deputy; Georgi Dimitrov (b. 1882), a Communist writer born in Bulgaria; Blagoi Popov (b. 1902), a Communist student from Bulgaria; and Vassili Tanev (b. 1897), a Communist shoemaker born in Macedonia. Van der Lubbe was a ne'er-do-well who had been wandering through Europe since 1931. The examination of Dimitrov marked the high point of the trial. He displayed no fear in challenging the witnesses, including Reich Minister Hermann Goering, whom he confronted in a cross examination that took place on November 4. Dimitrov's defiance attracted the attention of the international press and nearly turned the proceedings into a trial of National Socialism itself. When the verdict was returned on December 23, all except Van der Lubbe were acquitted. The 22-year-old Dutchman was found guilty of high treason and arson and executed by guillotine on January 10, 1934.