Standing beneath the gallows where he will be hanged momentarily, Stjepan Filipovic, commander of the Tomnasko-Kolubarski partisan detachment, calls upon the people of Serbia to fight the "traitors of the Serbian people". 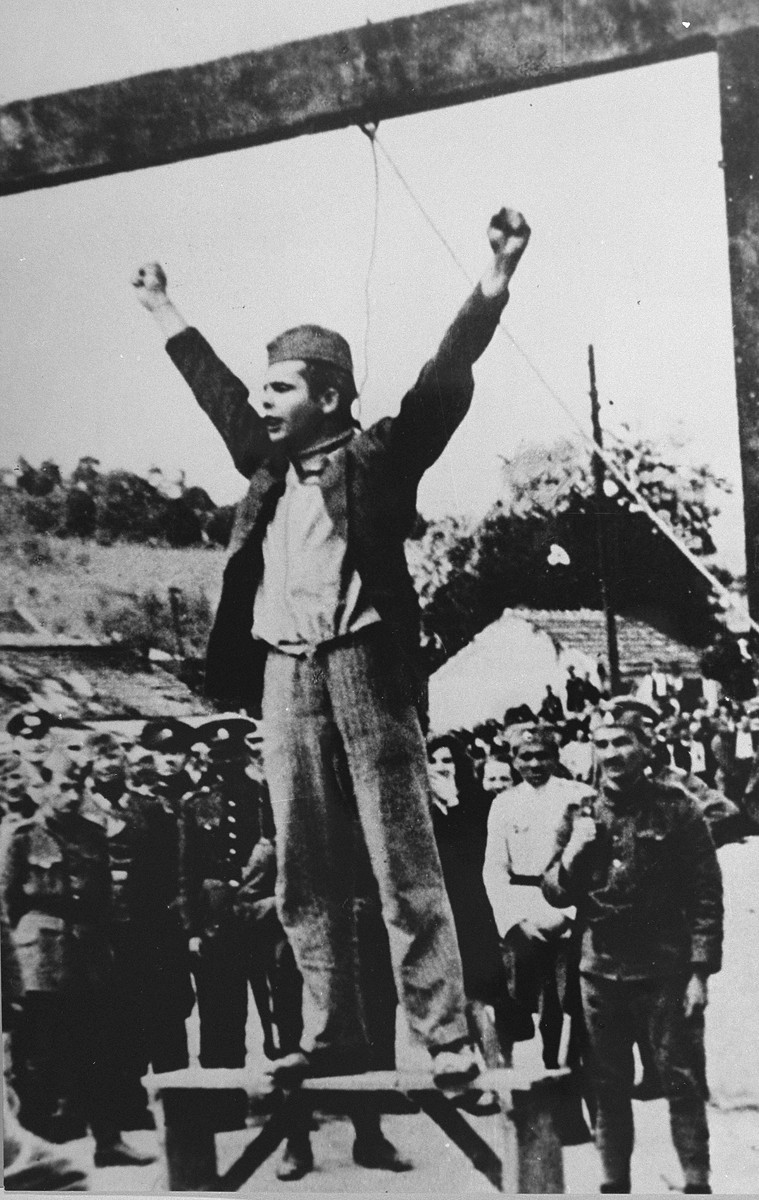 Standing beneath the gallows where he will be hanged momentarily, Stjepan Filipovic, commander of the Tomnasko-Kolubarski partisan detachment, calls upon the people of Serbia to fight the "traitors of the Serbian people".

Biography
Stjepan Filipovic (1916-1942), a Croatian member of the Communist partisan resistance movement in Yugoslavia. Born in Opuzem, in southern Dalmatia, Filipovic left home at the age of sixteen and became a metal worker in the city of Kragujevac, an industrial city in central Serbia. In 1937 he joined the Communist Worker's Revolutionary Movement, and shortly thereafter was arrested for his political activity. He was imprisoned for one year, and upon his release was forced to leave Kragujevac. Soon after the German invasion of Yugoslavia in April 1941, Filipovic returned to Kragujevac and volunteered for active duty in the partisan struggle against the occupiers. He was posted to Valjevo where he was given responsibility for the organizing of arms and the gathering of new supporters to the cause. He rose quickly in the ranks of the partisan resistance and eventually became commander of his own battalion, the Tomnasko-Kolubarski detachment. Filipovic was captured by the Germans on February 24, 1942 and publicly hanged in the town square of Valjevo on June 22 of that year. Before his execution he defied his captors by crying out to the assembled crowd to continue the struggle against the German oppressors and the traitors of the Serbian people. In 1949 Filipovic was designated a national hero of Yugoslavia.