Defendant Wilhelm Frick, the former Interior Minister, in his prison cell at the International Military Tribunal trial of war criminals at Nuremberg. 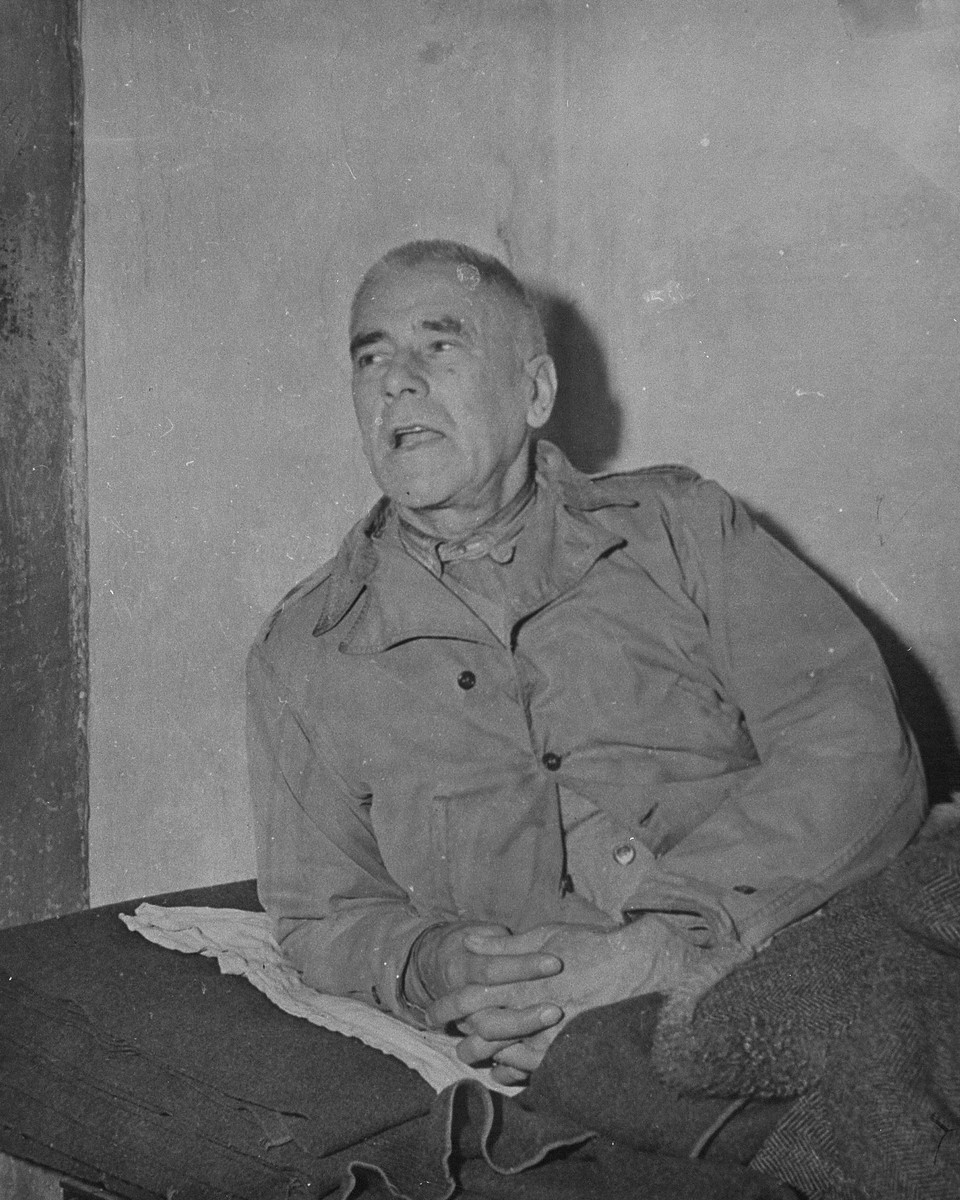 Defendant Wilhelm Frick, the former Interior Minister, in his prison cell at the International Military Tribunal trial of war criminals at Nuremberg.

https://encyclopedia.ushmm.org/content/en/article/international-military-tribunal-at-nuremberg.
Biography
Wilhelm Frick (1877-1946), Reich Minister of the Interior and Reichsprotektor of Bohemia and Moravia. Frick was born in Alsenz, the son of a Protestant schoolteacher. He studied law at several German universities and received his doctorate in 1901. From 1904 to 1924 he worked as a government official in the Munich police department. An early adherent of National Socialism, Frick participated in the failed Beer Hall Putsch in November 1923, for which he was jailed for several months. In 1924 he was elected as one of the first Nazi deputies to the Reichstag. Six years later he became Minister of the Interior in Thuringia, the first Nazi minister in a provincial government. During his tenure he purged the police force of Weimar sympathizers and promoted Nazi candidates for office over all others. After the Nazi seizure of power, Frick was appointed Reich Minister of the Interior, a position he held until August 1943. His training as a jurist was put to use in the drafting of legislation that removed Jews from public life, abolished political parties, and sent dissidents to concentration camps. After helping Hitler to consolidate power, Frick steadily lost influence. In 1943 he was appointed Reichsprotektor of Bohemia and Moravia, but real authority in the Protectorate lay in the hands of his subordinate, Karl Hermann Frank. After the war Frick was tried before the International Military Tribunal at Nuremberg. Following his conviction, he was hanged on October 16, 1946 in Nuremberg.