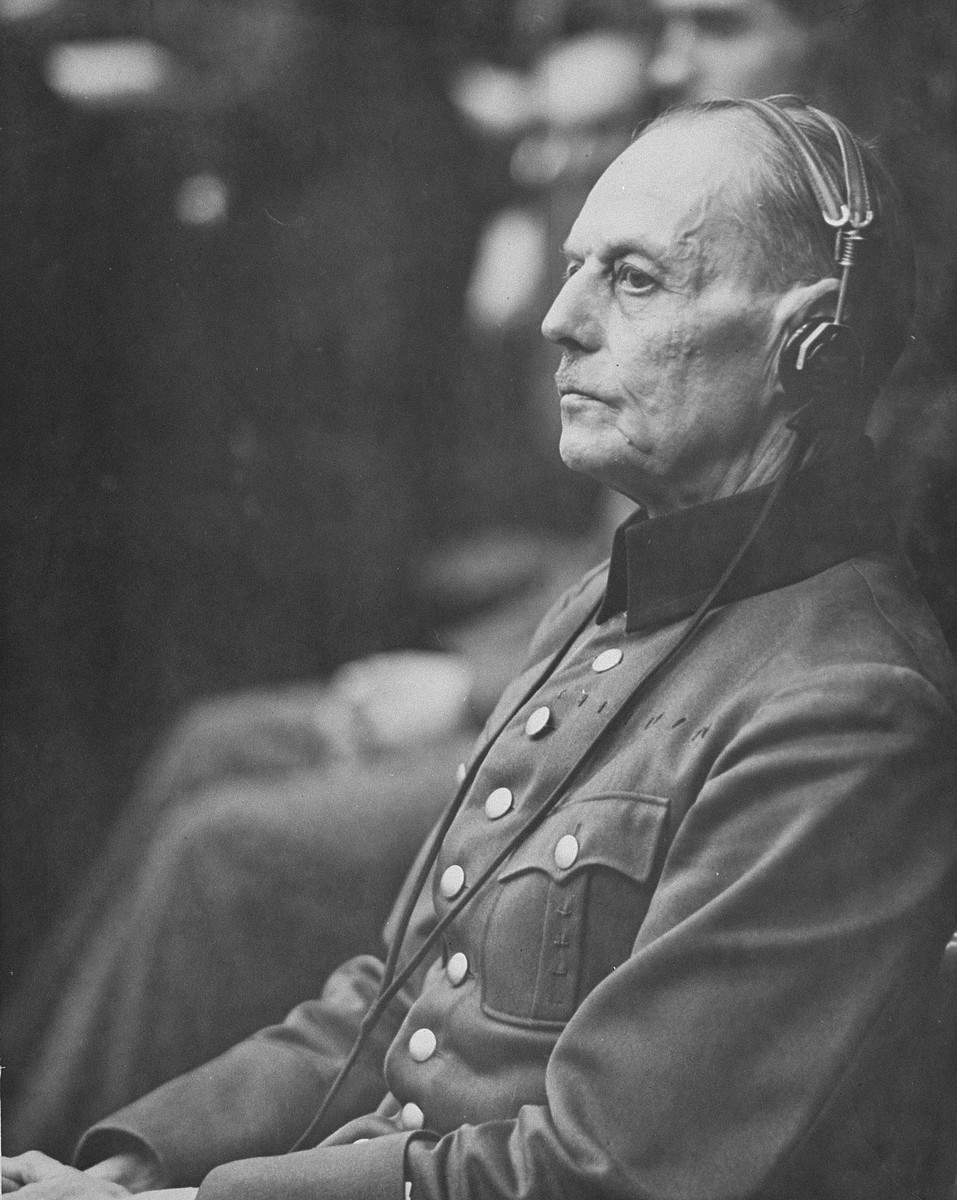 https://encyclopedia.ushmm.org/content/en/article/international-military-tribunal-at-nuremberg.
Biography
Gerd von Runstedt, Generalfeldmarschall (General Field Marshall) and Commander-in-Chief of the Western Theater (1942-1945). During World War I, von Rundstedt served on the general staff of the German army. Following the war, von Rundstedt remained in the armed forces and by 1932, had achieved the rank of Generaloberst (colonel general). In 1938 he was removed from the army as a result of the Blomberg-Fritsch affair. However, with the outbreak of war in 1939, he was recalled and given command of Army Group South during the Polish campaign. In 1940, he was made Commander-in-Chief of the German armies in the West and promoted to Generalfeldmarschall. Following the fall of France, he was transferred to the East to again head Army Group South in the invasion of the Soviet Union. Dismissed shortly thereafter for disagreeing with Hitler over strategic matters, he returned to his duties in the West where he remained until 1945. Although not an active member of the resistance, von Rundstedt was aware of the conspiracy and urged Field Marshall Rommel to aid the conspirators. He died in 1953.