A Jewish father and son walking outside near a body of water in Vilna. 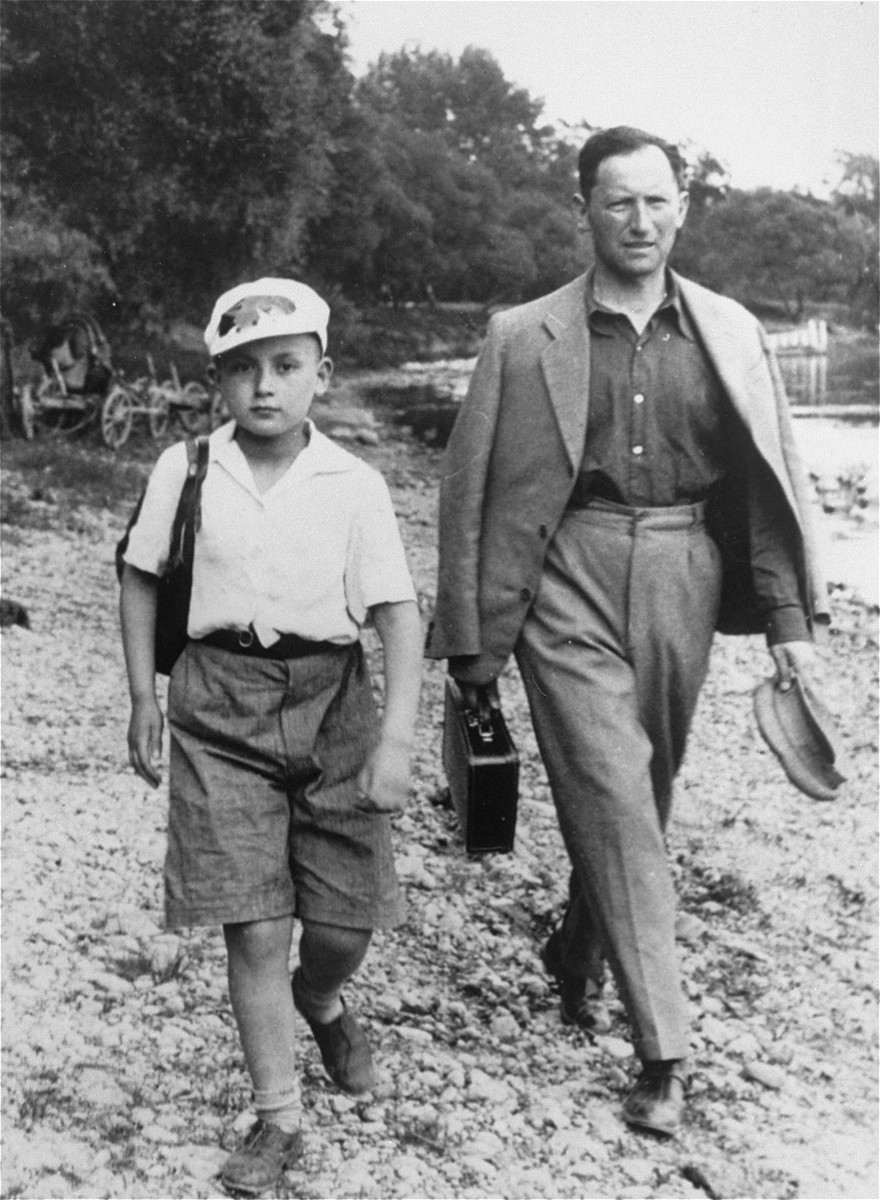 A Jewish father and son walking outside near a body of water in Vilna.

Pictured are Eli Rudashevsky and his son Yitzhak.