Group portrait of Jewish resistance fighters and participants in the Christmas 1943 escape from Fort IX in front of the fortress ten months after the liberation. 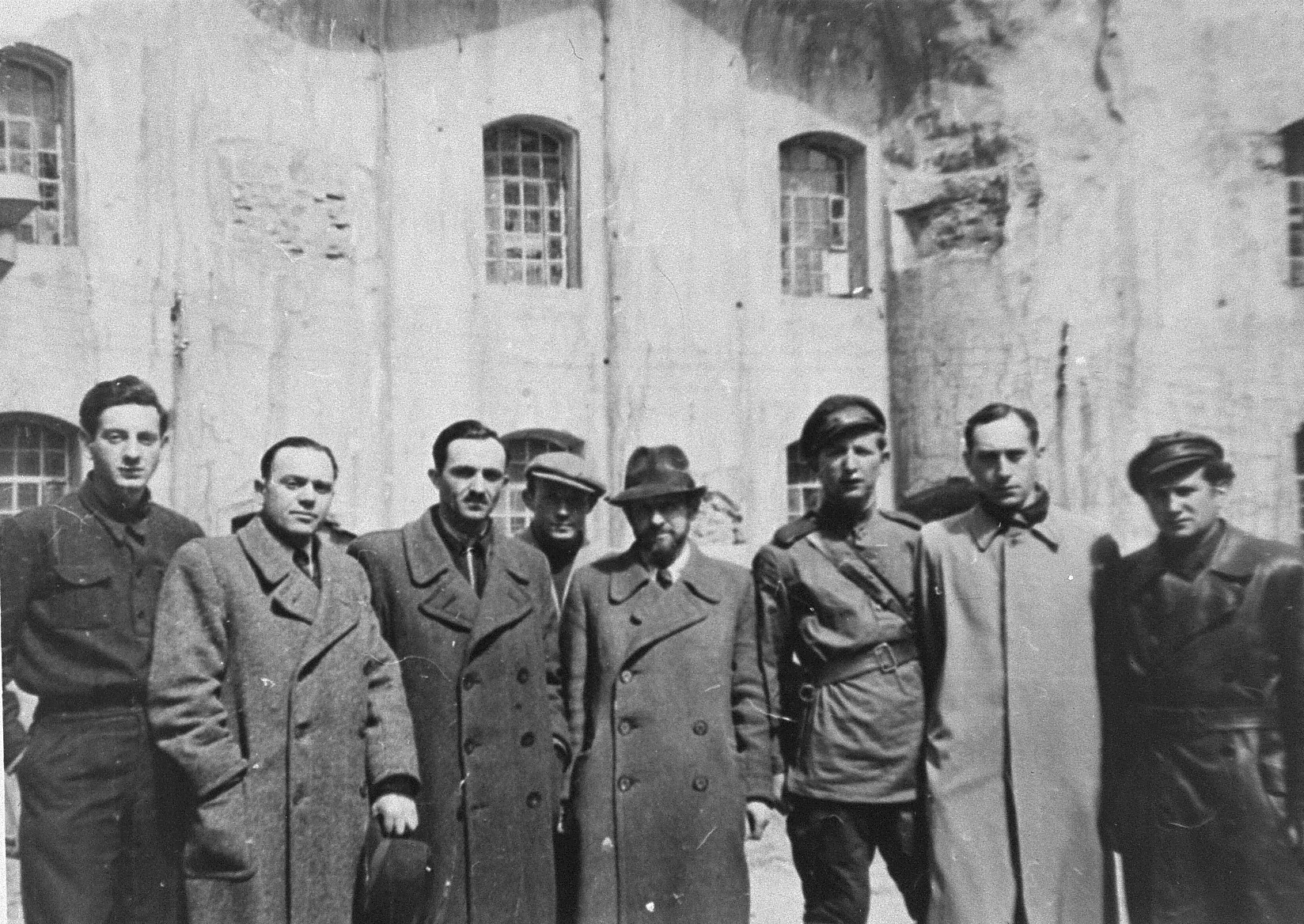 Group portrait of Jewish resistance fighters and participants in the Christmas 1943 escape from Fort IX in front of the fortress ten months after the liberation.

See https://www.ushmm.org/wlc/en/article.php?ModuleId=10005174.
See Also "Kauen Main Camp" in Encyclopedia of Camps and Ghettos Volume 1 Part A.
Biography
George Kadish (Hirsh Kadushin) taught science at a Hebrew high school in Kovno before the war. The first violent attacks against Kovno's Jews in June and July, 1941 moved Kadish, an avid amateur photographer, to document the community's ordeals. He secretly photographed over 1,000 images of ghetto life, sometimes even snapping pictures with a hidden camera through the buttonhole of his overcoat. In the x-ray department of the hospital where he was assigned to work, he bartered for film and developed his negatives. He then smuggled them out in a set of crutches. In late March, 1944 Kadish learned that the Gestapo, hearing of his photographic endeavor, was searching for him. Kadish fled the ghetto and went into hiding. He photographed the burning of the ghetto from the Aryan side. Following the liberation, he returned to the ghetto area. He photographed its remains, and dug up his prints and negatives that he had buried in milk cans beneath his house. Kadish moved to the United States and lived there until his death in August, 1997.