Italian rescuer Monsignor Beniamino Schivo poses with Ursula Korn Selig, a Jewish woman he had protected as a child during the German occupation of Italy. 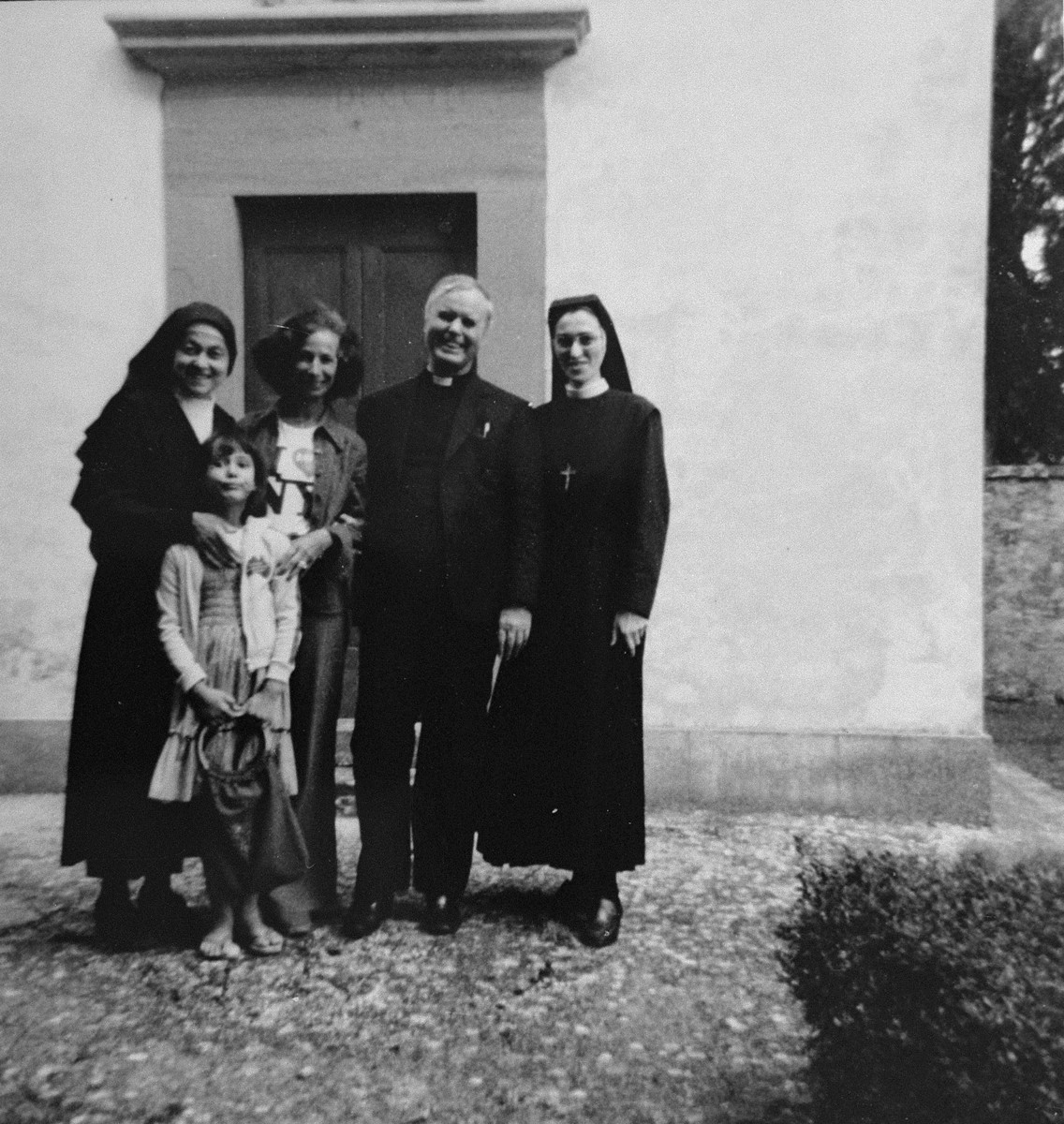 Italian rescuer Monsignor Beniamino Schivo poses with Ursula Korn Selig, a Jewish woman he had protected as a child during the German occupation of Italy.

The group is standing in front of the oven at the villa of the Salesian nuns where Ursula and her family hid for two months in 1943.