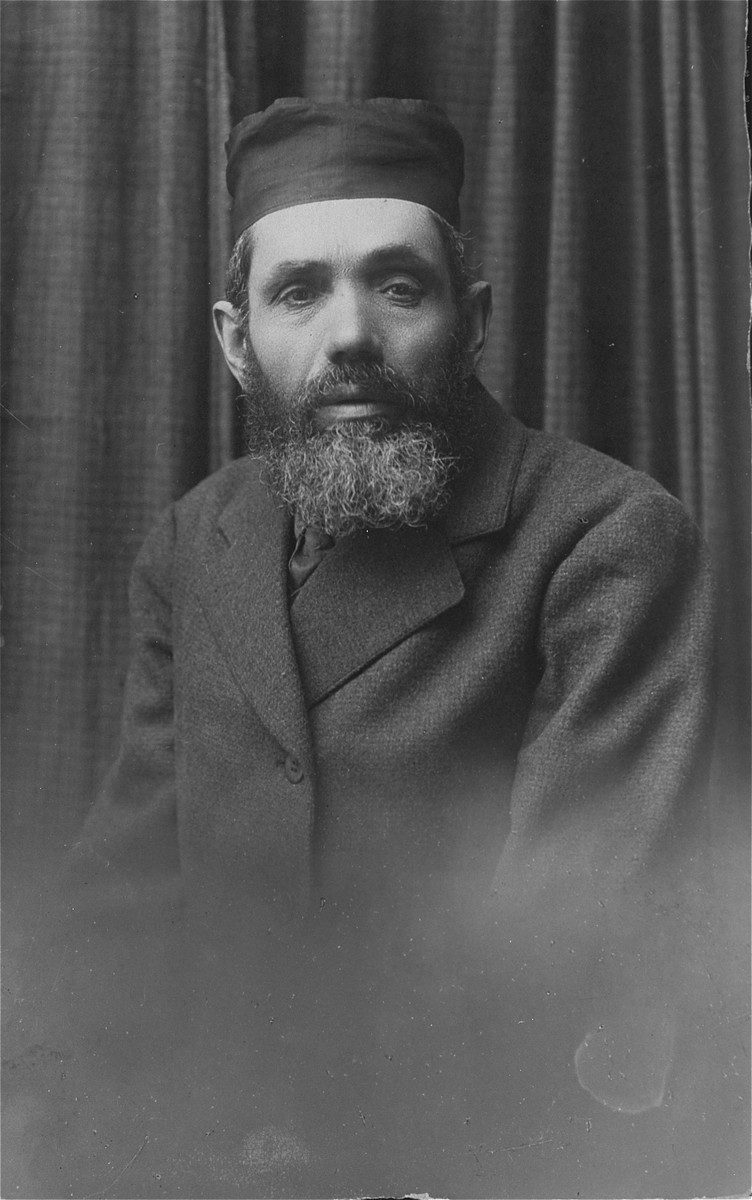 Pictured is the father of Peretz's wife (possibly Avram Szczupacki) who worked as a smith.