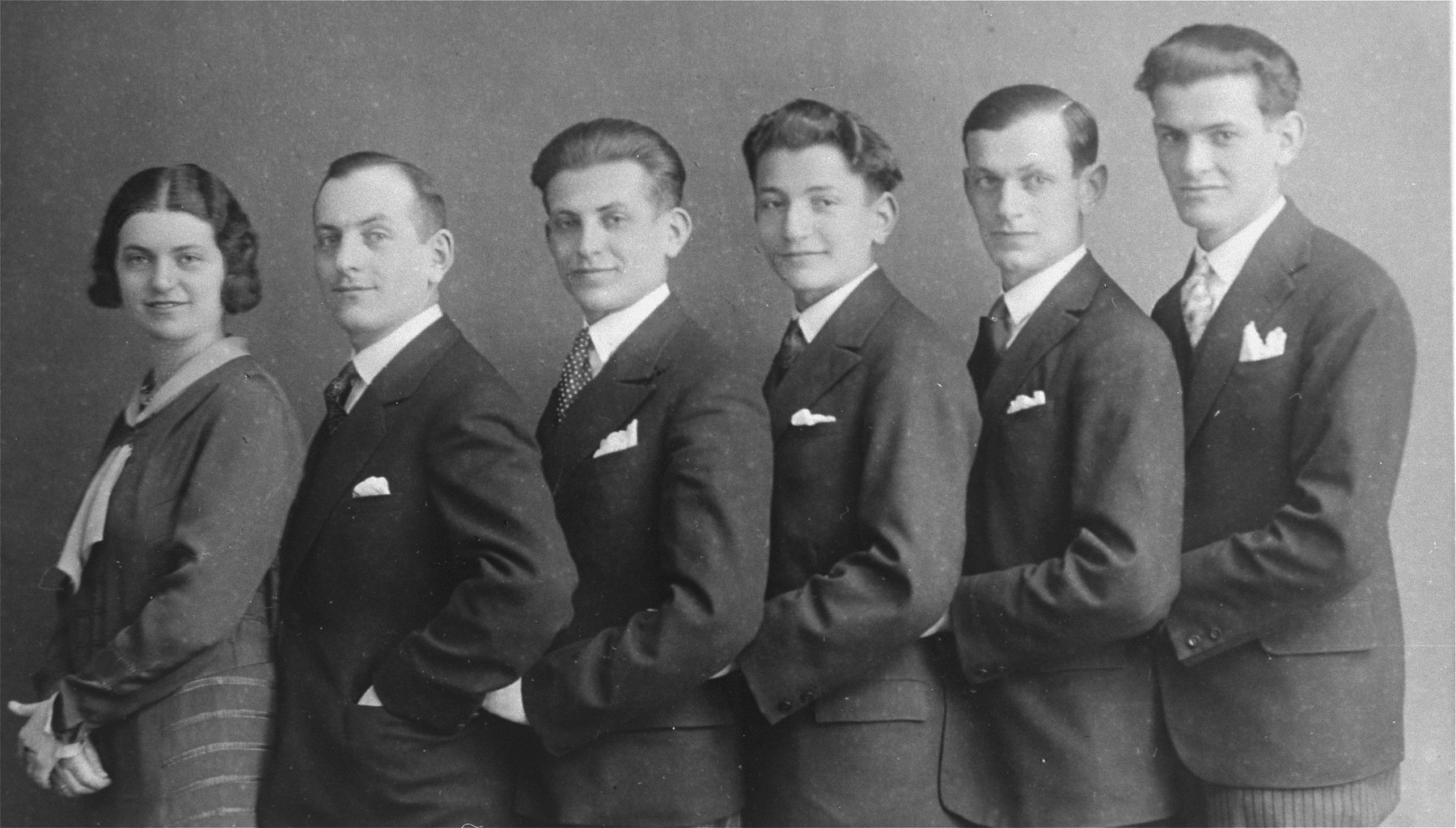 Pictured are the children of Julius and Rosa (Gruenwald) Klein. From left to right are: Blanka (Klein) Kupfermann, Zlatan, Zdenko, Bruno, Milan, and Dragan Klein. All of the men perished during the Holocaust.