Portrait of a Yugoslav Jewish family living in Romania. 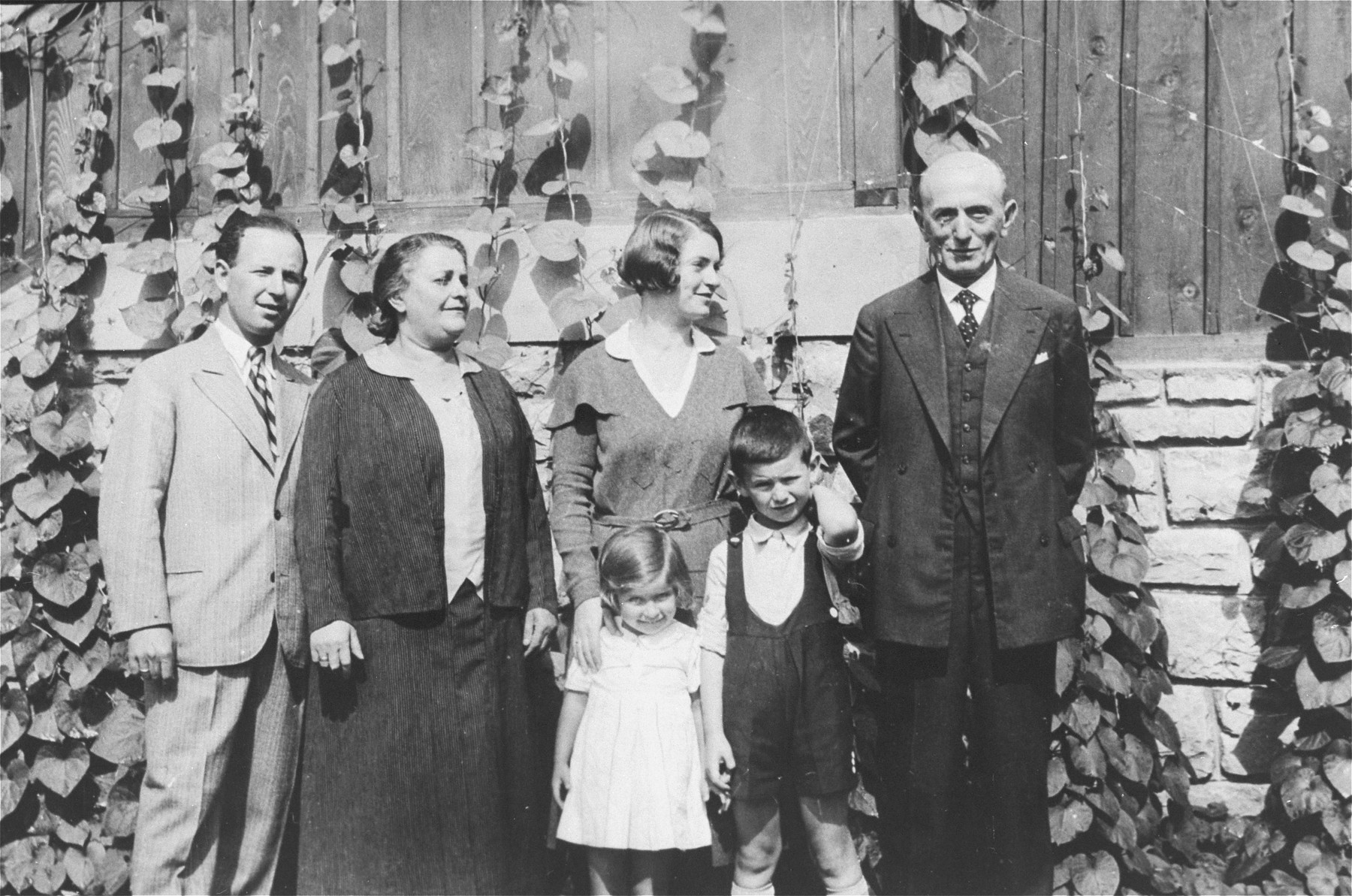 Portrait of a Yugoslav Jewish family living in Romania.

Pictured in front are Marta and Aurel Kupfermann. Standing behind from left to right are: Beno Kupfermann, Rosa Klein, Blanka Kupfermann, and Julius Klein.