Magda Fisgrund Ginsberger and her friends at a masquerade ball. 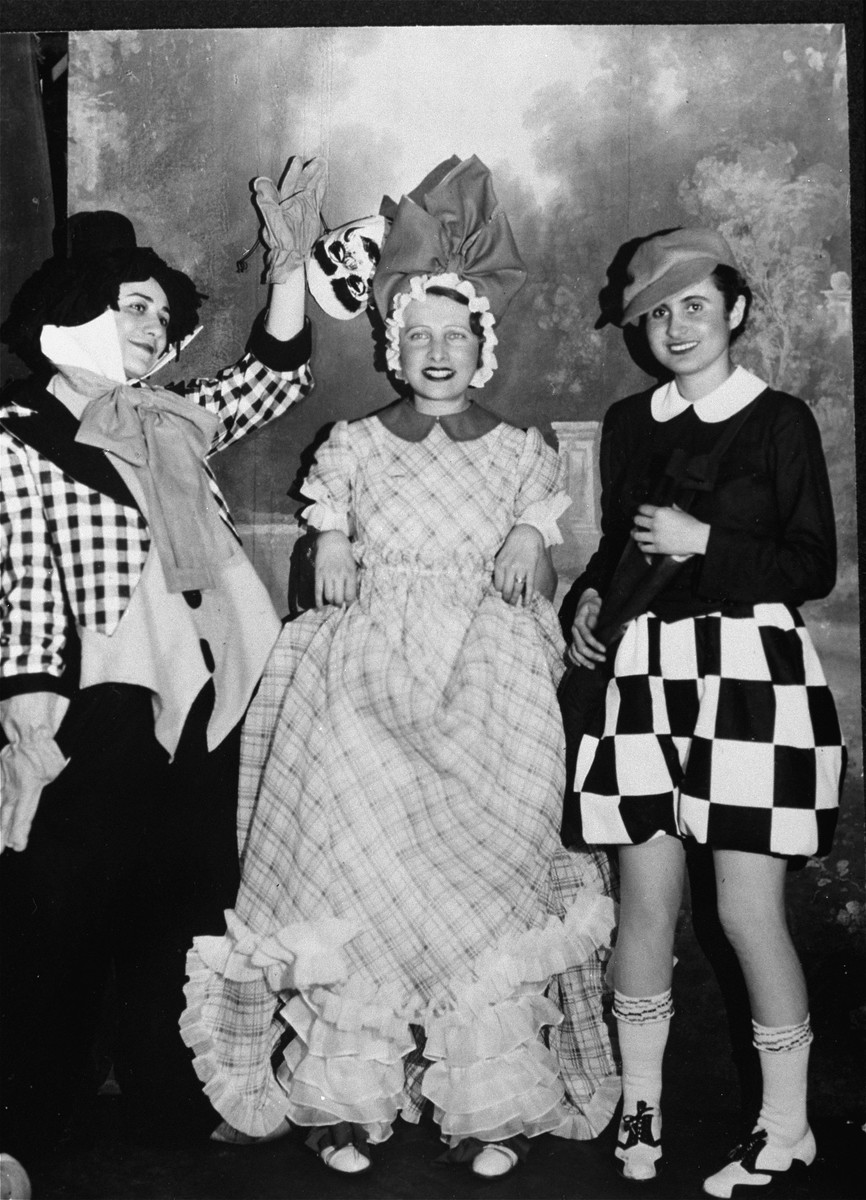 Magda Fisgrund Ginsberger and her friends at a masquerade ball.

Biography
Vera Fisgrund was born ca. 1926 to parents Katinka and Oskar Fischgrund (b. 1875 in Pancevo). She had a brother, Pavle, and a sister, Magda. The family lived in Pancevo, near Belgrade. Her father was a lawyer with large real estate holdings in town. Pavle attended a military academy and rose to the rank of lieutenant. Magda married Fritz Ginsberger (or Gruenberger). During the war their home, the largest in town, was occupied by the Nazi General Von Stockhausen and his staff of 60 soldiers. The Fisgrund family continued to live there for a few months until the deportations. Vera and her father escaped to Hungary, where she was able to live in hiding. Her father was arrested, imprisoned until the end of the war, and eventually released. Vera’s mother and brother did not survive; the fate of her sister is not known.