The judges of Military Tribunal IV at the Flick Trial. From left to right are Frank N. Richman, Charles B. Sears, William C. Christianson, and Richard D. Dixon. 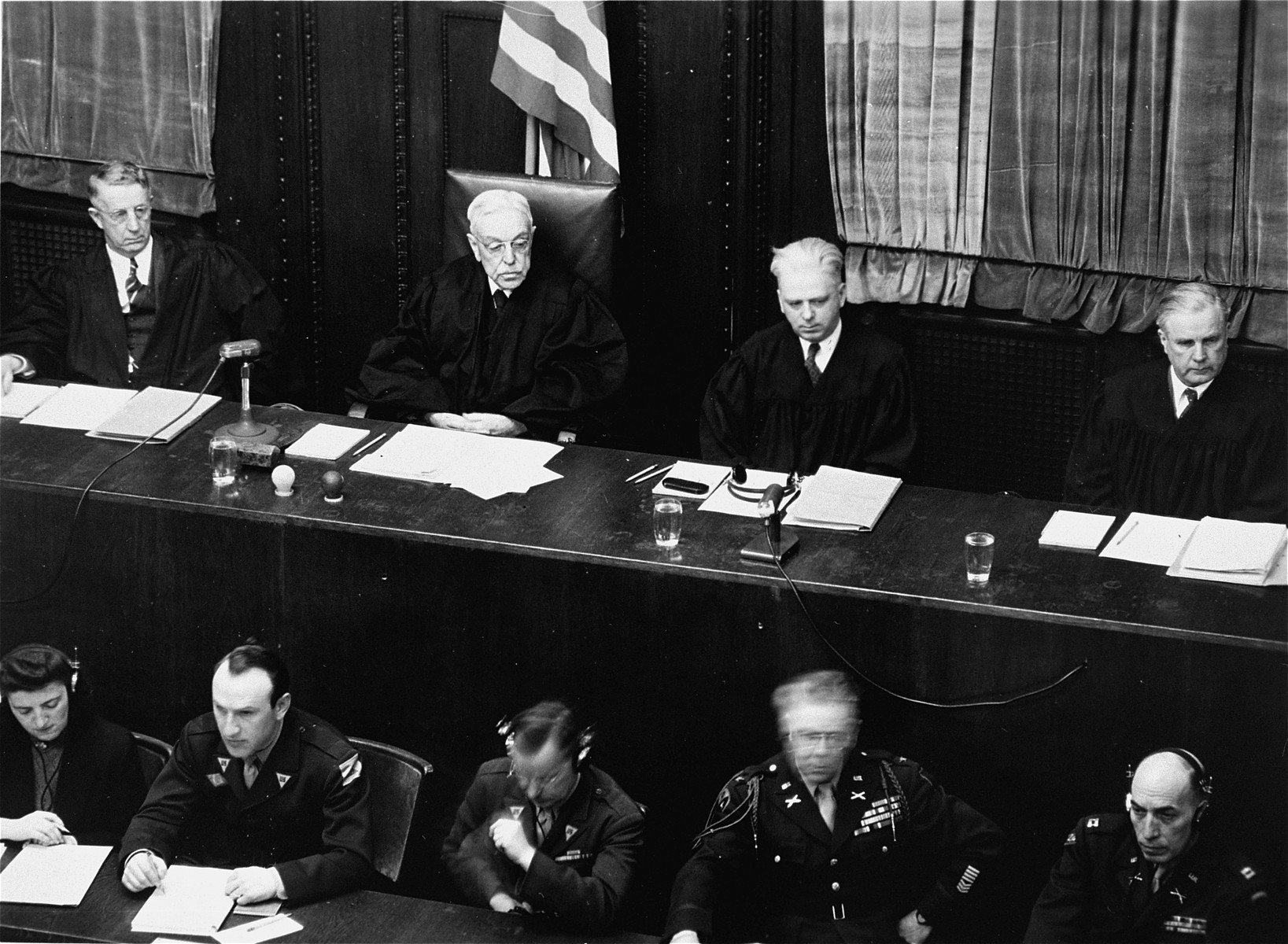 The judges of Military Tribunal IV at the Flick Trial. From left to right are Frank N. Richman, Charles B. Sears, William C. Christianson, and Richard D. Dixon.

Event History
In April 1947 the US Military Government for Germany created the Military Tribunal IV to try the Flick Case, the fifth subsequent Nuremberg proceeding. The six defendants (Friedrich Flick, Otto Steinbrinck, Odilo Burkart, Konrad Kaletsch, Bernhard Weiss, and Hermann Terberger) were all leading officials in the Flick Concern, a large group of industrial enterprises, including coal and iron mines and steel producing and fabricating plants, or its subsidiaries. The men had been indicted on 18 March, with the indictment listing five counts. All the defendants were charged with committing war crimes and crimes against humanity through the use of slave labor, the deportation for labor of civilians of German-occupied territories, and the use of POWs for war operations. Moreover, all the defendants except Terberger were charged with committing war crimes and crimes against humanity through participating in the plunder of public and private property, spoliation, and offenses against property which came under German occupation. Flick, Steinbrinck, and Kaletsch were charged with committing crimes against humanity through their participation in the persecution of people because of their race, religion, or politics, specifically their participation of the "Aryanization" of Jewish properties. Furthermore, Flick and Steinbrinck were charged with war crimes and crimes against humanity through their participation in the murder, torture, and atrocities committed by the Nazi party, and specifically the SS; and Steinbrinck was charged with being a member of the SS, which was declared a criminal organization by the International Military Tribunal. The defendants were arraigned and the trial began 19 April. After nine months, the Tribunal returned its judgment on 22 December, acquitting Burkart, Kaletsch, and Terberger. It found only Flick and Weiss guilty on the first count, only Flick guilty on count two, both Flick and Steinbrinck guilty on the fourth count, and Steinbrinck guilty on count five. The Tribunal dismissed the third count because it declared the evidence submitted on the count beyond its jurisdiction. The same day the Tribunal delivered its sentences on the three guilty parties, sentencing Flick to seven years in prison, Steinbrinck to five years, and Weiss to two and a half years