Members of the prosecution team at the Einsatzgruppen Trial. 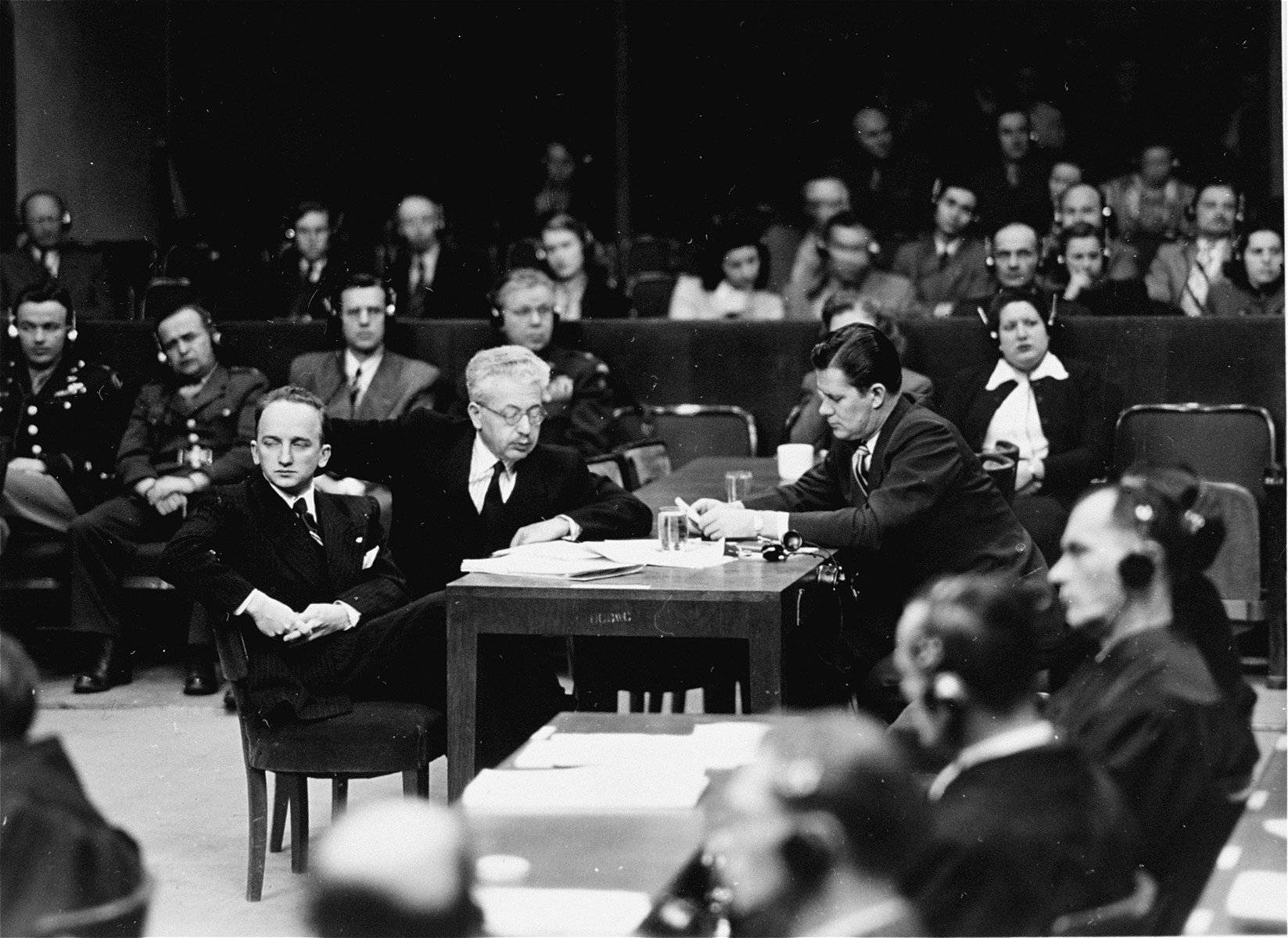 Members of the prosecution team at the Einsatzgruppen Trial.

Pictured from left to right are: Benjamin B. Ferencz, Arnost Horlick-Hockwald, and John E. Glancy.