Hans Lammers, former chief of the Reichs Chancellory, following his sentencing to 20 years imprisonment by the Tribunal at Nuremberg. 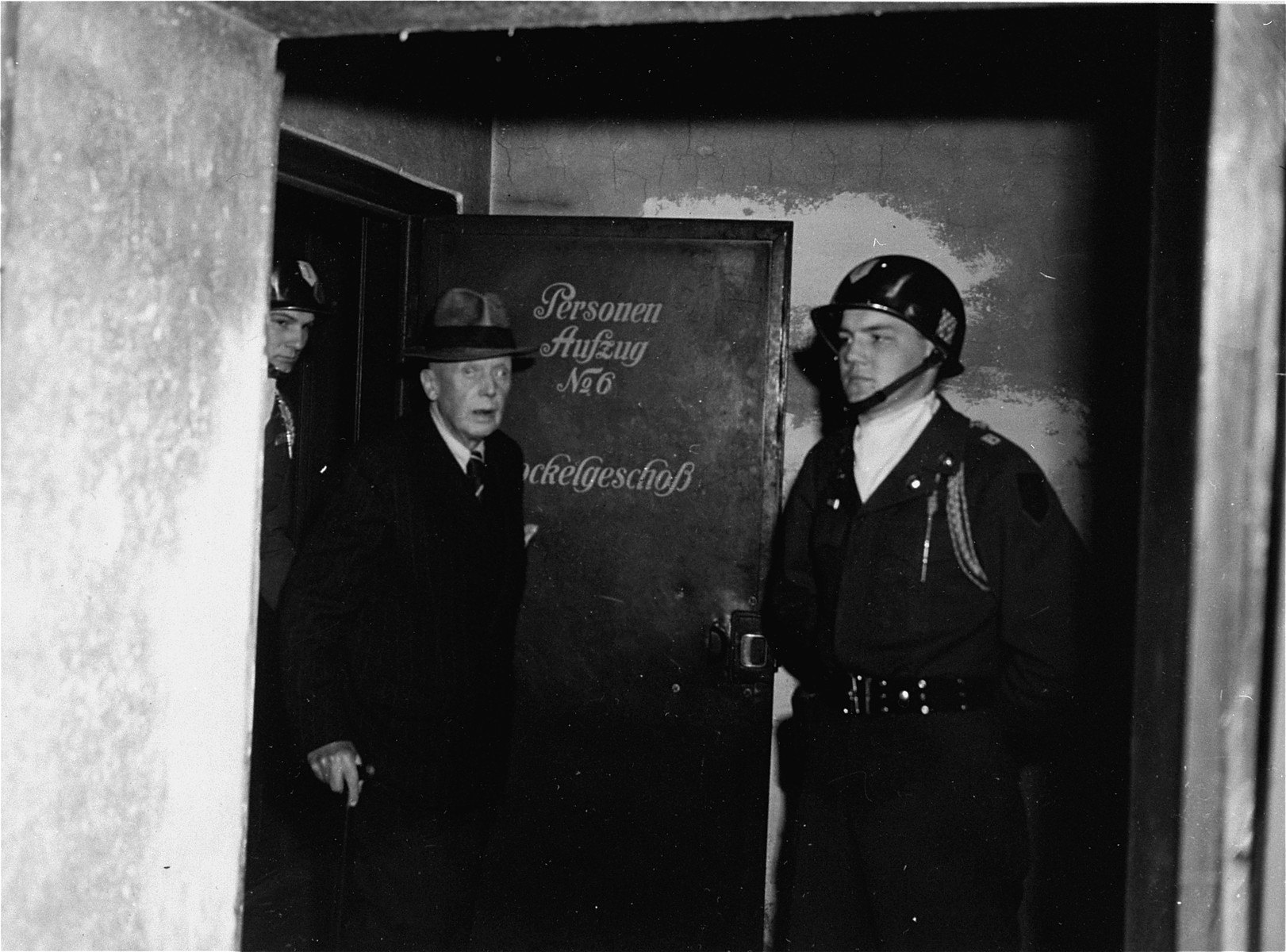 Hans Lammers, former chief of the Reichs Chancellory, following his sentencing to 20 years imprisonment by the Tribunal at Nuremberg.

https://www.ushmm.org/wlc/en/article.php?ModuleId=10007070.
Biography
Hans Heinrich Lammers (1879-1962) served as Chief of the Reich Chancellery from 1933 to 1945 and was Hitler's closest legal consultant. Born in the town of Lublintz in Upper Silesia in May of 1879, Lammers studied law and was named a county court judge in Beuthen in 1912. He served in the First World War and joined the Reich Ministry of the Interior as a senior government adviser. By 1933 he was named head of the Reich Chancery when the Nazis came to power. He grew in Hitler's esteem and became his most important underling in matters of State. Under the Fuhrer's approving eye, Lammers was named as Prussian State Councilor and by 1939 was the Ministerial Councilor for Reich Defense. Lammers' status and reliability grew, and by 1943 he worked with Bormann and Field Marshal Keitel fielding orders and documents that required Hitler's signature. Too closely tied to positions of power and intrigue, Lammers was accused by Bormann of trying to usurp the Fuhrer's office. Lammers was arrested and imprisoned. Following an internment by the Allies he was tried at Nuremberg and sentenced to twenty years for his knowledge of the Final Solution and anti-Jewish actions. However after two reductions of his sentence, he was released in December of 1951. Lammers died on January 4, 1962 in Dusseldorf.