Portrait of Dwight Eisenhower, Supreme Allied Commander and five star general, at his headquarters in the European theater. 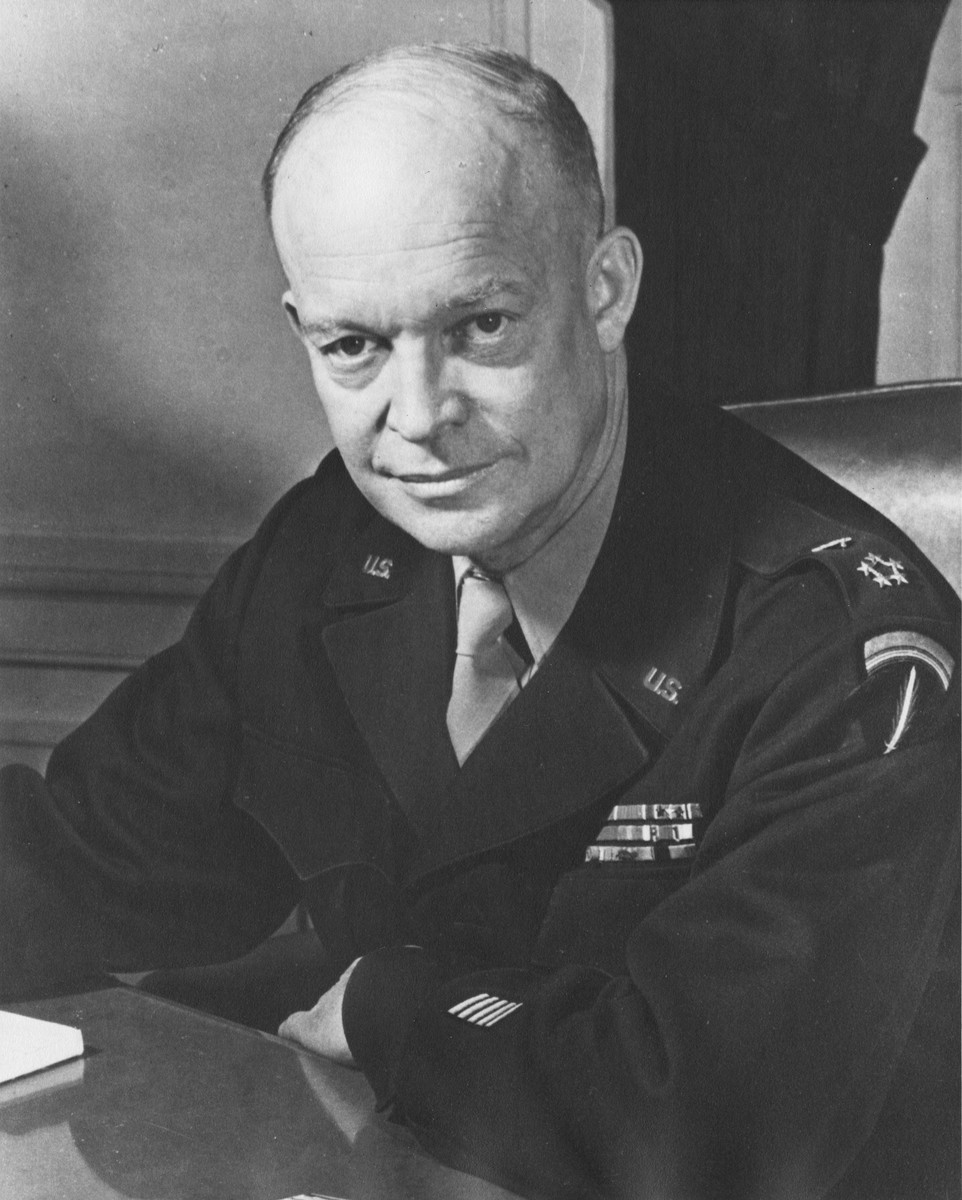 Portrait of Dwight Eisenhower, Supreme Allied Commander and five star general, at his headquarters in the European theater.

Biography
General Dwight Eisenhower (1890-1969), American military commander and thirty-fourth president of the United States was born in Denison, Texas and raised in Abilene, Kansas. He graduated from the United States Military Academy at West Point in 1915. During World War I, he was stationed at Fort Sam Houston in Texas. Where he met and married Mamie Doud. He served as an aid to Generals Pershing and MacArthur in the Philippines from 1935 to 1939. In 1941, he was put in charge of training 420,000 field troops in Louisiana with George Patton. Later that year, he was asked to join the General Staff of the War by Army General George C. Marshall. In 1942, Marshall put him in command of the invasion of North Africa. Eisenhower was made Supreme Allied Commander for the invasion of Europe in 1944. After the war, Eisenhower served as the first chairman of the Joint Chiefs of Staff (1945-1948) and was the commander of North Atlantic Treaty Organization (NATO) (1950-1952). He was to two terms as president of the United States from 1952 to 1960.