Secretary of State Cordell Hull in his office. 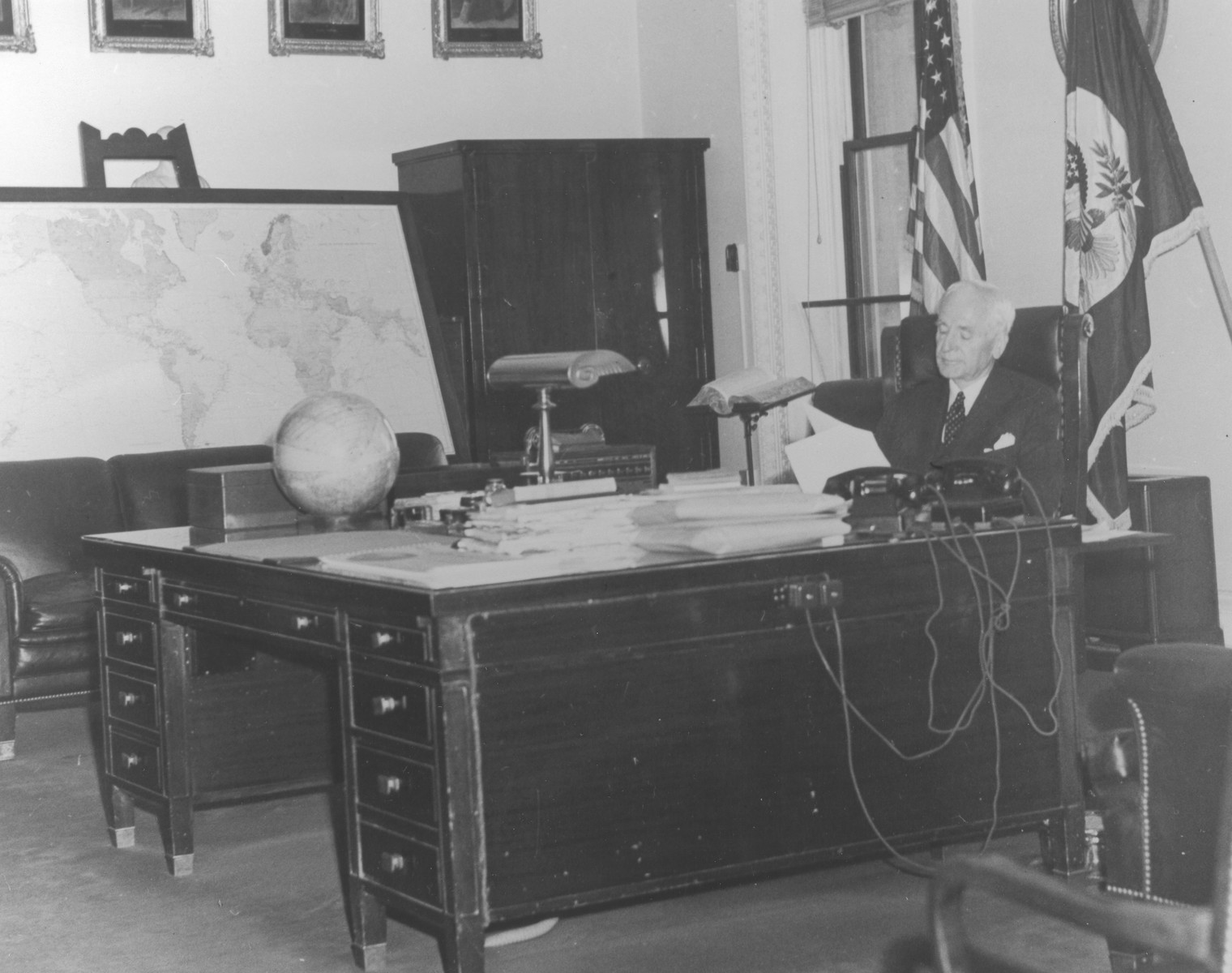 Secretary of State Cordell Hull in his office.

Biography
Cordell Hull (1871-1955) American statesman and President Roosevelt's Secretary of State from 1933-1944. As early as 1936 Hull foresaw the coming of war with the rise of the Axis dictatorships. When the European war broke out in 1939, he advocated the strongest possible rearmament and reaffirmed the U.S. policy of maintaining the status quo in the Far East. He condemned Japanese moves in Indo-China, was active in developing relations with Latin America ( the Good Neighbor Policy) and later in supporting the President's interventionist policies vis-a-vis the war in Europe. He played a prominent role in the Pan-American Congress in Havana in the summer of 1940, which aimed to present a united front against any threat from abroad. To retain close relations with Soviet Russia, Hull attended the Moscow Conference of Foreign Ministers in October 1943. His diplomacy improved U.S. wartime relations with the Kremlin. Meanwhile U.S. foreign policy was taken more and more into the hands of Roosevelt and his military advisors, a situation which undermined Hull's position. He remained an energetic advocate of the development of the United Nations, playing an active part in international relations throughout the war as leader of the U.S. delegation to the Moscow Conference in 1943 and as a major participant at the Dumbarton Oaks Conference. Secretary Hull retired in November 1944. For his contribution to the establishment of the UN, he was awarded the Nobel Peace Prize in 1945.