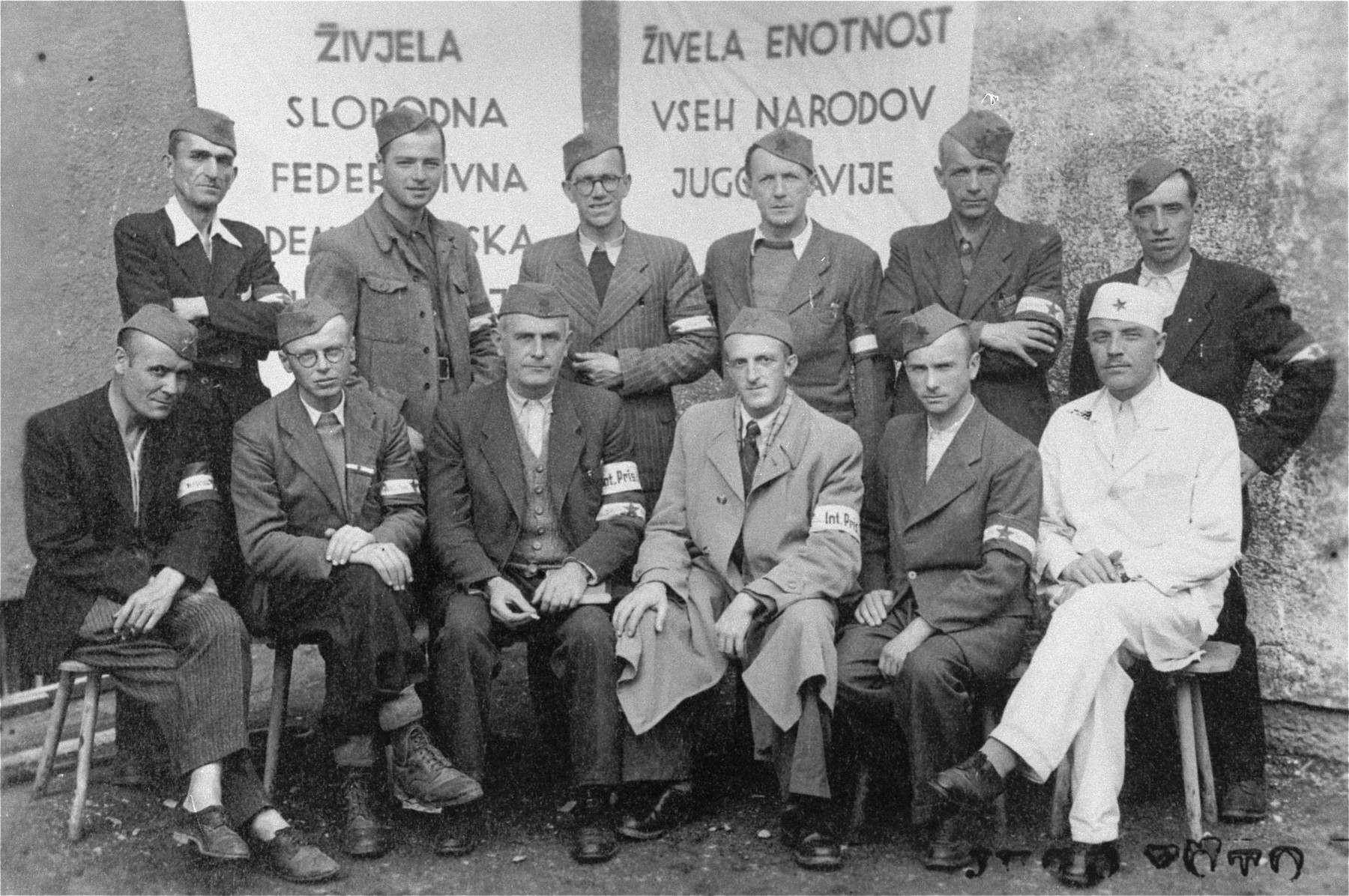 Among those pictured is Franc Jurisevic (back row, third from the left).

Biography
Franc Jurisevic. was born on November 22, 1905, and was from Golac, Slovenia, Yugoslavia. He worked for the Italian Water Administration. He was a saboteur for the Yugoslav Partisans, assisting in the destruction of water infrastructure in an attempt to hinder the occupying forces. He and his wife, Marija, owned a pub in the town and would treat injured partisans there after SS officers had finished drinking and returned to base.

In February,1944, the SS battalion stationed in Golac rounded up most of the men in the village, suspecting that there were partisan agents in the group. Franc was taken to Dachau, arriving there on March 23, 1944. His prison number was 99 934. He was sent as a laborer to the Natzweiler-Struthof camp for several months at a time, and was returned to Dachau on April 2, 1945. He survived to be liberated by the brave soldiers of the US Seventh Army 45th Infantry Division on April 29, 1945.