Soviet soldiers and investigators view the site where the corpses of Jewish prisoners were burned in the Maly Trostinets concentration camp. 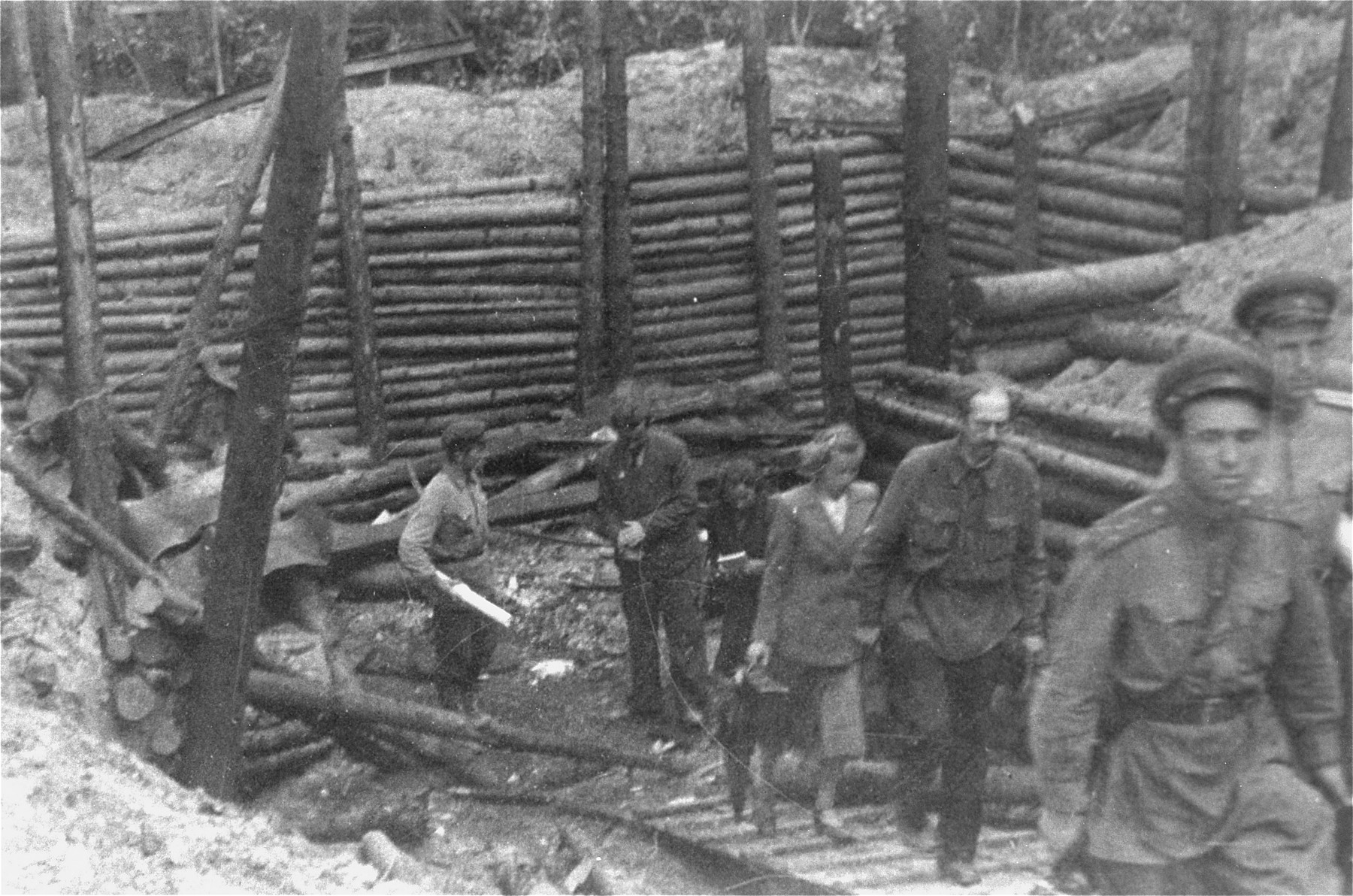 Soviet soldiers and investigators view the site where the corpses of Jewish prisoners were burned in the Maly Trostinets concentration camp.

Event History
Maly Trostinets was the site of a concentration camp where Jews from the final actions in Minsk were murdered between July 28 and July 31, 1942. In 1942 Jews from Bohemia, Moravia, Austria, Germany, the Netherlands, and Poland were transported there to be killed. Most of the victims were lined up in front of pits and shot to death. In the fall of 1943 the Germans began to hide the traces of the mass murder by cremating the bodies and on June 30, 1944 they burned the camp to the ground.