Portrait of Dorothy Thompson making a "V for Victory" sign and riding in a car. 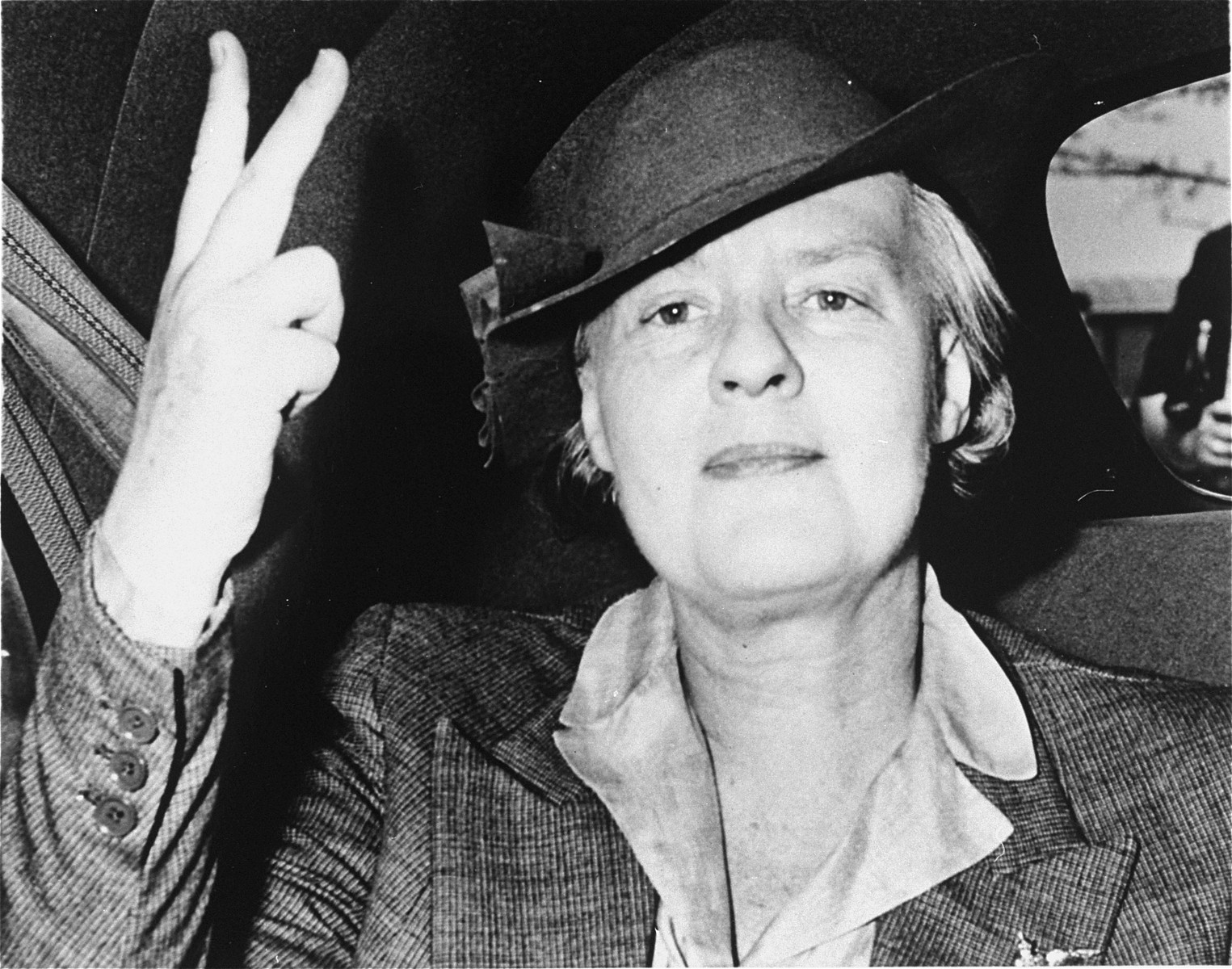 Portrait of Dorothy Thompson making a "V for Victory" sign and riding in a car.

Biography
Dorothy Thompson (1894-1961), American syndicated writer and columnist. Born in Lancaster, New York, Thompson studied at Syracuse University. She moved to Europe after World War I to become a freelance writer. After working for the Philadelphia Public Ledger, she became the head of New York Post's Berlin bureau. In 1928 Thompson married writer Sinclair Lewis. She interviewed Adolf Hitler in 1931 and wrote about the dangers of him winning power in Germany. In March 1933, she confirmed that the stories of anti-Semitic persecution in Germany were not exaggerated. She was the first American correspondent to be expelled from Nazi Germany in 1934. She returned to the United States and began writing the column "On the Record" for the New York Tribune in 1936. The following year she began working for NBC radio. In December 1942, after confirmation of the existence of a plan to exterminate European Jewry, Thompson was one of the few journalists to strongly advocate action. She planned a series of moves designed to stir resistance in Germany, and public attention in America. However, she was only able to find support for a "Christmas Declaration," signed by fifty prominent Americans of German decent, denouncing the "cold blooded extermination of the Jews."