A letter written by Klari Perl Barber, a prisoner in the Kistarcsa transit camp, to her sister, Piroska, in Budapest. 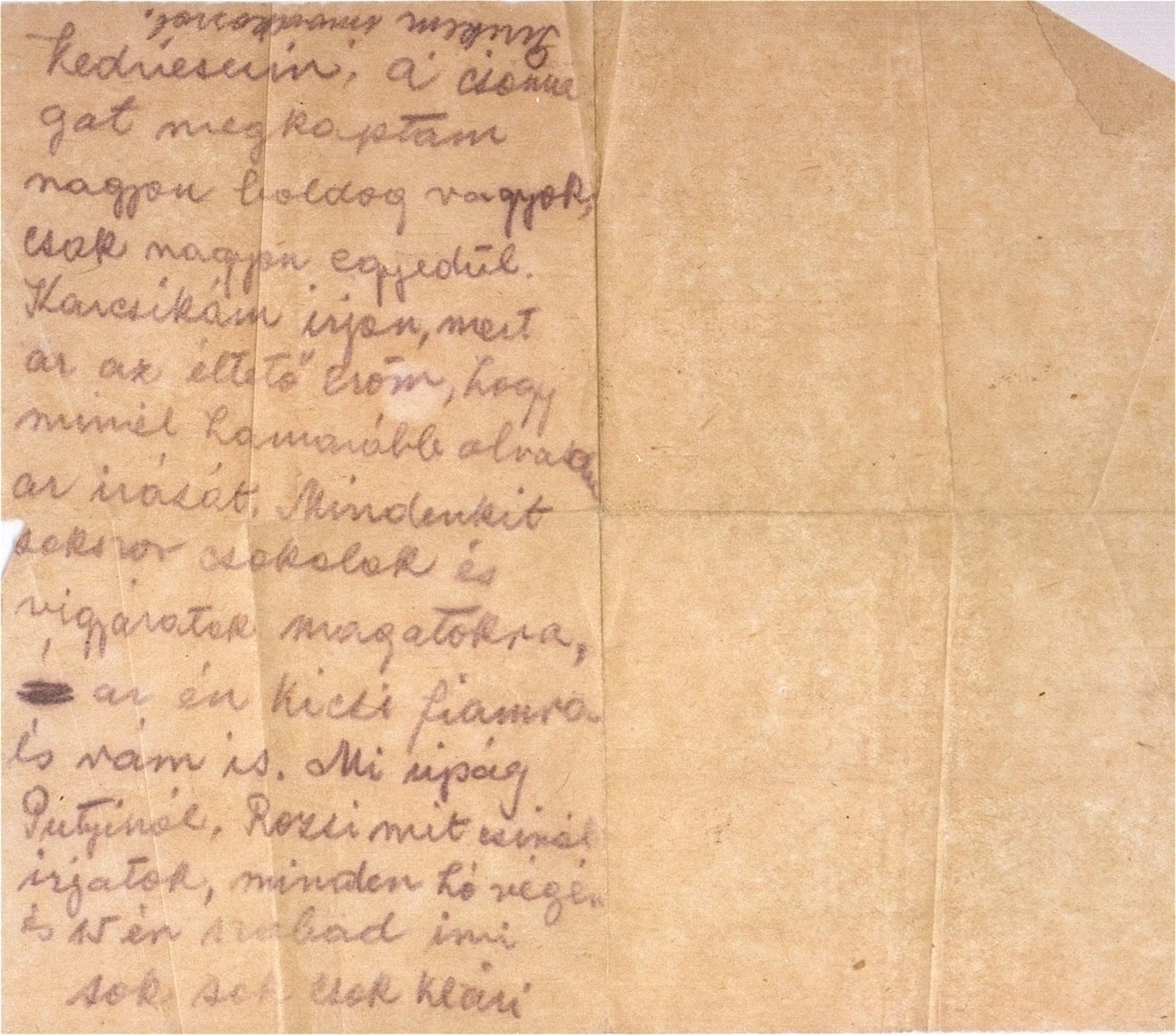 A letter written by Klari Perl Barber, a prisoner in the Kistarcsa transit camp, to her sister, Piroska, in Budapest.

In the letter Klari thanks her sister for sending her a package and for taking care of her son, Karoly. She asks that Karoly write to her "because that will give me the strength to live." Klari also informs her sister that she is allowed to receive two letters a month.

[Translation from the Hungarian]: "My dear everyone, I received the package. I am very happy, but I am very lonely. My little Karcsi [Karoly] must write because that will give me the strength to live, if I can read his writing as soon as possible. Kisses to all, and take good care of yourselves, of my little son, and of me too. What's the news about Putyi [nickname]? What's Rozsi doing. Write because it's permitted to write at the end of the month, and on the 15th. Many, many kisses, Klari. P.S. My little Piri [Piroska], please pray."