Group portrait of older members of the Teheran children's transport in a refugee camp in Teheran. 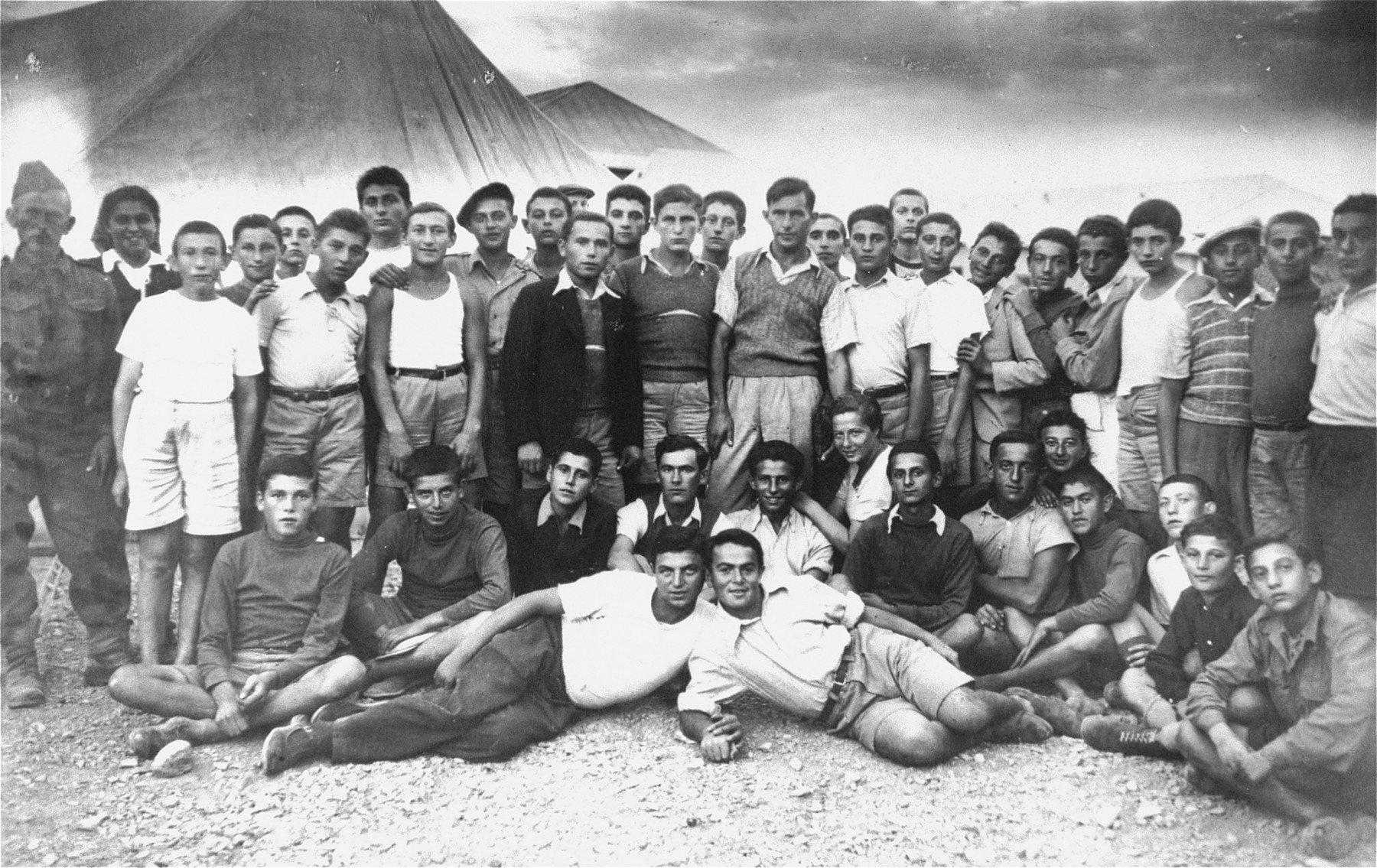 Group portrait of older members of the Teheran children's transport in a refugee camp in Teheran.

Event History
The Tehran Children were a group of about one thousand Jewish children who had fled eastward from Poland with their families at the outbreak of World War II. Many of them had lost their parents during their flight. These orphans were allowed to emigrate from the USSR along with 23,000 Polish soldiers and refugees, under an agreement signed by the Polish Government-in-exile and the Soviet government allowing for the enlistment of Polish refugees in the Soviet Union in the (Polish) Anders Army. In the spring and summer of 1942, the children were taken to Tehran along with the other refugees and soldiers. After immigration permits were obtained from the British, the children were brought to Palestine via Karachi and Suez on February 18, 1943.
https://www.ushmm.org/wlc/en/article.php?ModuleId=10007498.