Josef Rosensaft delivers the opening address at the Second Congress of Liberated Jews in the British Zone. 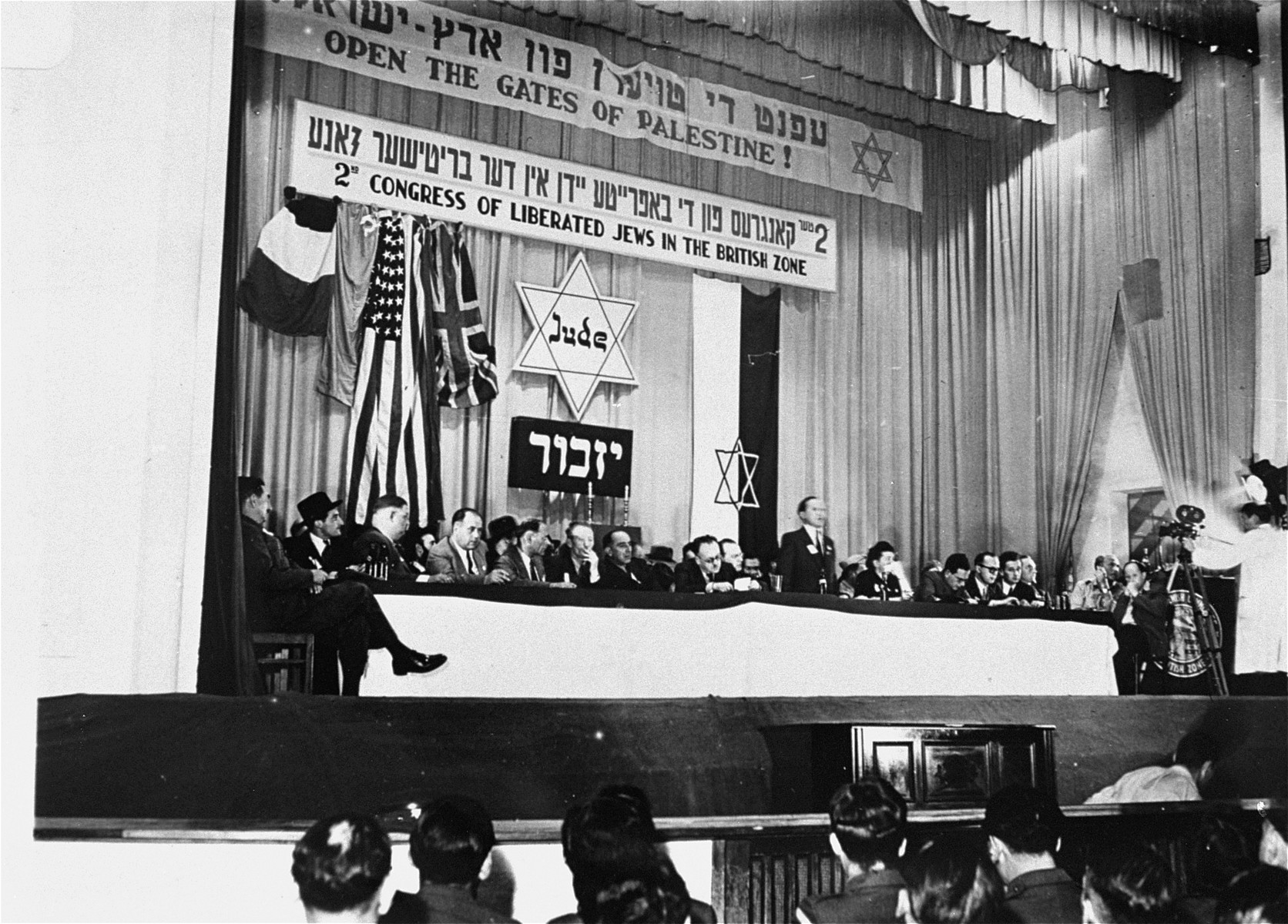 Josef Rosensaft delivers the opening address at the Second Congress of Liberated Jews in the British Zone.

Among those pictured are: Berel Laufer (sixth from the left with a cigarette); Rabbi Helfgott (second from left), Norbert Wollheim (partially obscured); Hadassa (Bimko) Rosensaft (to the right of the speaker); Berel Laufer; David Rosenthal; Pawel Trepman; and Raphael Olewski.