Group portrait of a family of Belgian Jewish refugees who found safe haven in the US during World War II. 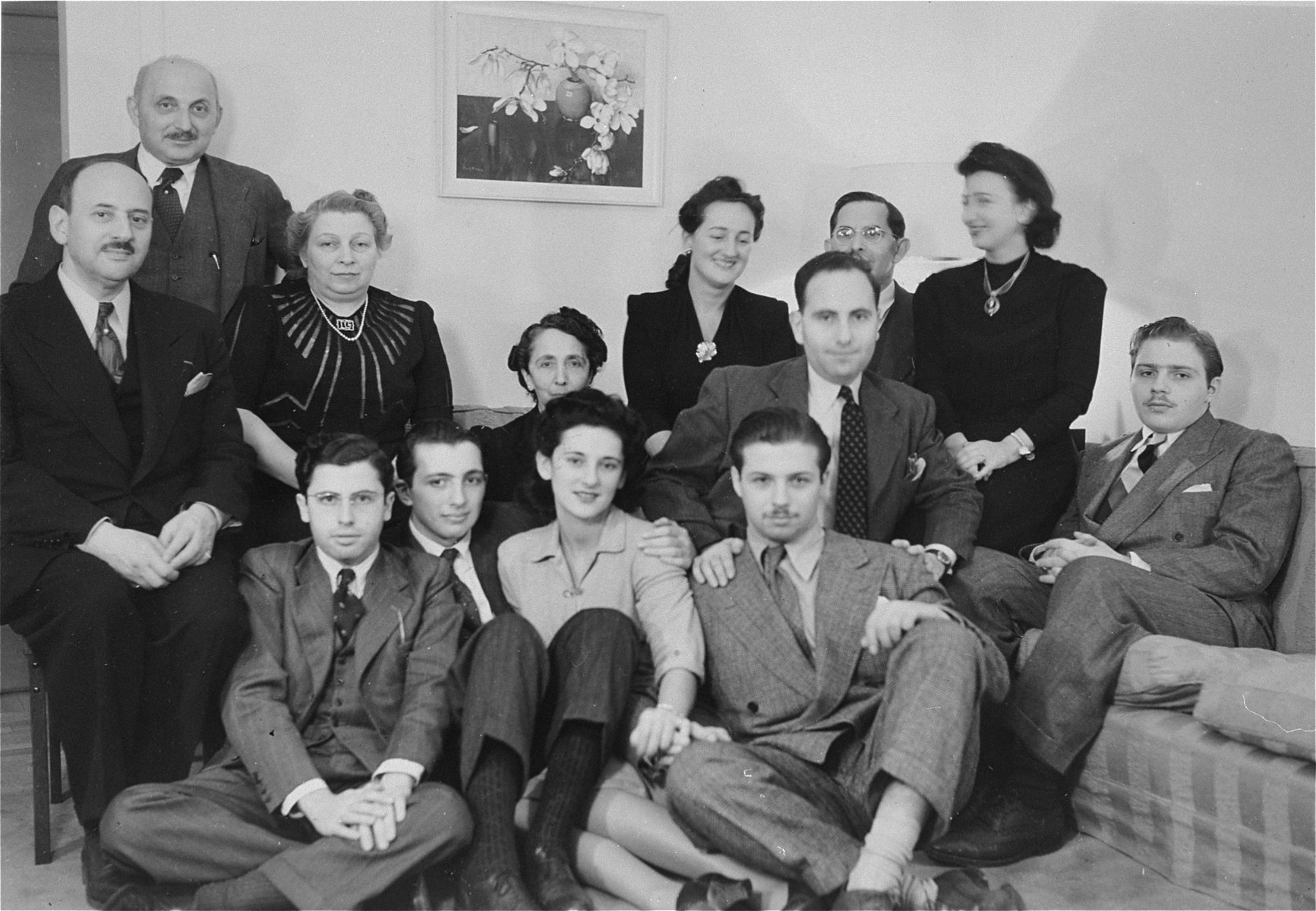 Group portrait of a family of Belgian Jewish refugees who found safe haven in the US during World War II.

Biography
Willem Friedmann (later William Friedman) was the son of Joseph and Deborah (Safier) Friedmann. He was born October 1, 1919 in The Hague, The Netherlands. Willem grew up in Antwerp, Belgium, where his father, a Jewish immigrant from Poland, was a diamond merchant. Willem’s mother was a native of Antwerp. Willem had two brothers: Sylvain (b. 1918) and Marcel (b. 1924). The Friedmanns were not observant Jews, and Willem attended a public school for boys in Antwerp. Shortly after his high school graduation (ca. 1937), he joined the Belgian army.

Willem was in the army when, on May 10, 1940, the Germans invaded Belgium. He was taken prisoner, but the Germans released him in June, along with many Belgian POWs, after he signed a document swearing he would never again take up arms against Germany. Willem made his way back to Antwerp on the back of a German truck. Upon his return there, he found a message from his parents explaining that they had fled and left him money to finance his escape.

Willem's older brother Sylvain had immigrated to the U.S. in 1939, but his parents and younger brother, Marcel, had remained in Antwerp. On May 10, 1940 they fled to Cocyd on the Belgian coast. Joseph and Deborah then sent Marcel across to France with a Christian friend named Claus van Neck, and planned to meet in Paris. When Deborah and Joseph Friedmann failed to show up, Marcel continued south with van Neck to Biarritz (Pyrenees-Atlantiques) near Bayonne.

After a final trip back to Antwerp to collect valuables, Joseph and Deborah crossed into France and eventually found Marcel in Biarritz. Many of Joseph's Jewish friends from the Antwerp diamond tribe were congregating in the Bayonne area, where they joined thousands of refugees seeking Portuguese transit visas required to flee France into Spain and Portugal as the Germans advanced south. The Friedmanns lined up outside the Portuguese consulate in Bayonne and finally obtained life-saving visas, issued by Aristides de Sousa Mendes, the Portuguese consul and Holocaust rescuer. The Friedmanns, in their lifetime, had no idea they were saved by one individual. But their passports tell the story. (http://sousamendesfoundation.org/family/friedmann)

In June 1940 the Friedmanns crossed the footbridge at Hendaye into Spain and traveled by train to the Portuguese border where they were directed to the seaside town of Porto, north of Lisbon. There, they waited for news of Willem. Eventually, Willem and a friend joined a funeral cortege that was crossing from occupied France to the unoccupied zone. From there, they traveled to
Perpignan (Pyrenees-Orientales) where they paused to strategize their escape from France, whose Vichy government was collaborating with the Germans. Because Willem was of military age, he couldn’t secure an exit visa from France. On his third try, in September, Willem successfully crossed by foot over the Pyrennees arriving at the Spanish town of La Jonquera. He boarded a train to Portugal and, in an emotional reunion, joined his family in Porto.

In Porto, Joseph acquired U.S. visas for Deborah, Marcel, and Willem who came under the Belgian quota. They sailed to the US in October. Upon their arrival in New York, they were reunited with Sylvain who had established himself as a diamond merchant in the city.

But Joseph, who was born in Poland, was unable to get a US visa and sailed to Brazil where he remained until summer of 1941 when he managed to acquire a US visa in Trinidad.

Once united, the family moved into an apartment on Central Park West and re established themselves in the international diamond trade. In March 1942 Willem married Helene Ginsburg in New York. She and her parents had been saved by the US deputy consul in Marseille, Hiram Bingham IV, who issued them US immigration visas in September 1940. They were able to make their way to Lisbon and then New York City.

Soon after his marriage to Helene, Willem was drafted into the US army, where he served in the military police. Because of his 1940 oath not to fight the Germans, Willem was kept stateside. His primary task was transporting German POWs who had been brought to the U.S., to various locations. In May 1945, Helene gave birth to their daughter Jane. And in 1949 to their son Ronald.

Willem (now Willy) and Helene never talked about the war or their experiences and trauma. Their daughter Jane did the research that resulted in this timeline and the details of their escape.