Dorota Fischbein poses with members of the Koszarski family who sheltered her during the war. 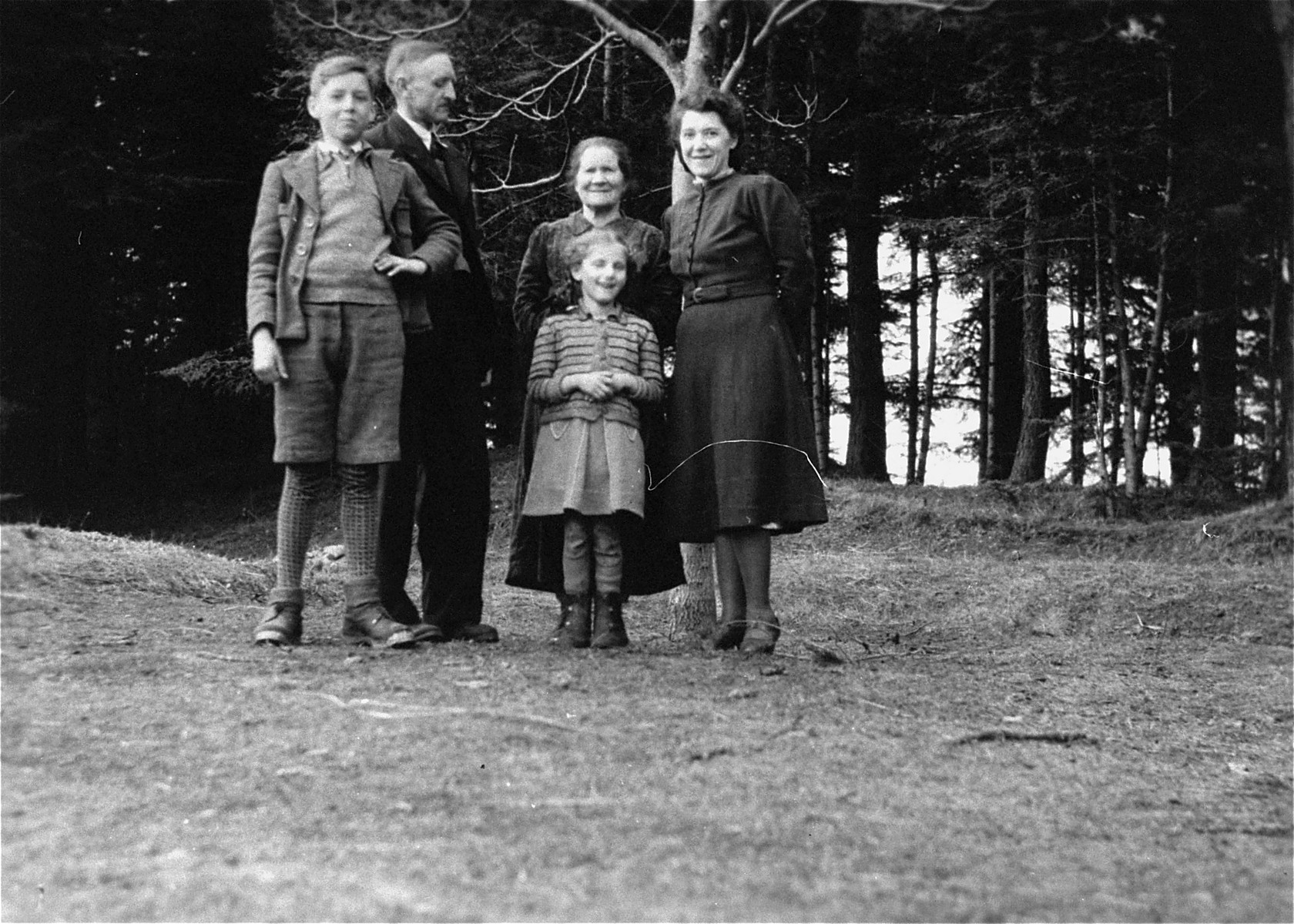 Dorota Fischbein poses with members of the Koszarski family who sheltered her during the war.

Biography
Dora Cohn (born Dorota Fischbein) is the daughter of Osias and Feiga (Alper) Fischbein. She was born November 17, 1936 in Krakow and grew up in Iwonicz Zdroj where the family owned a hotel. The Fischbeins remained in the town for the first few months of the war before fleeing to Brzanka and the nearby forest. Later Dorota was placed in hiding with a family of ethnic Germans named Marchlikowa in Gorlice, and her parents moved into the Krosno ghetto. As the situation deteriorated the Fischbeins sought the help of their former laundress, Wiktoria Wilkowa. She found them a hiding place in the home of Mrs. Dunajewska and faithfully brought them money for the next three years. Mrs. Dunajewska acceded to Osias Fischbein's request that she fetch Dorota from her hiding place so that the family could be together. After locating Dorota, Mrs. Dunajewska transported the child in a sack, which she stowed in the luggage compartment of a bus. Though Dorota arrived safely, her crying made it unsafe for her to remain in the house. Mrs. Dunajewska then found her a new hiding place with the family of Tadeusz Koszarski, a member of the Polish Home Army. Dorota was given the alias Haneczka Holowiecka and lived as the Koszarski's niece for the next three years. Her parents were able to visit her only a few times during this period. After the war the Fischbeins were reunited and settled first in Przemysl and then in Katowice. In 1949 the family left Poland for the United States. Because of visa restrictions the Fischbeins ultimately settled in Venezuela. Dorota later immigrated to the U.S.