Portrait of a Jewish youth while living in hiding as a student at the Hitler Youth school in Braunschweig, Germany. 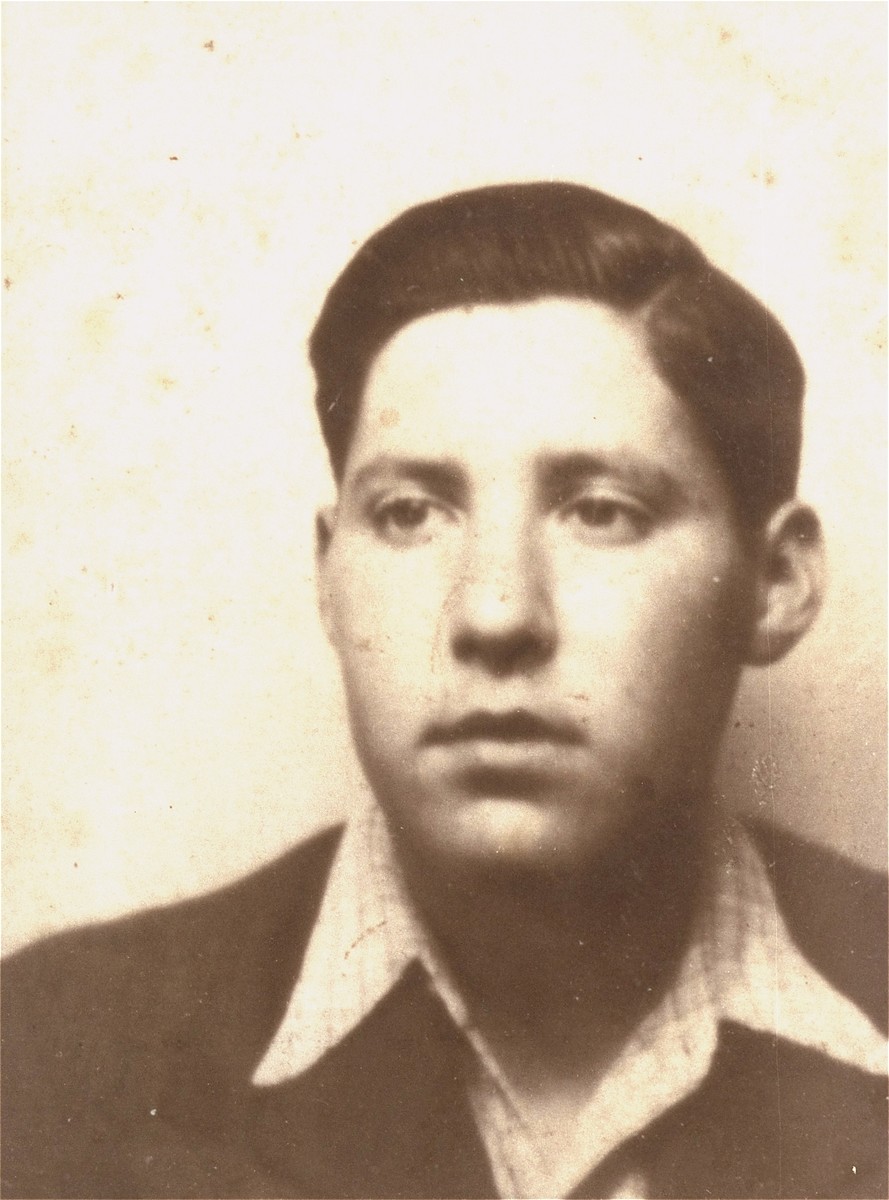 Portrait of a Jewish youth while living in hiding as a student at the Hitler Youth school in Braunschweig, Germany.

Pictured is Solly Perel who was living under the assumed name of Josef Perjel. The photo was taken for a motorcycle driver's license.