Portrait of members of the Wisgardisky family seated around a table during an engagement party for Yente Wisgardisky and Berl Berk. 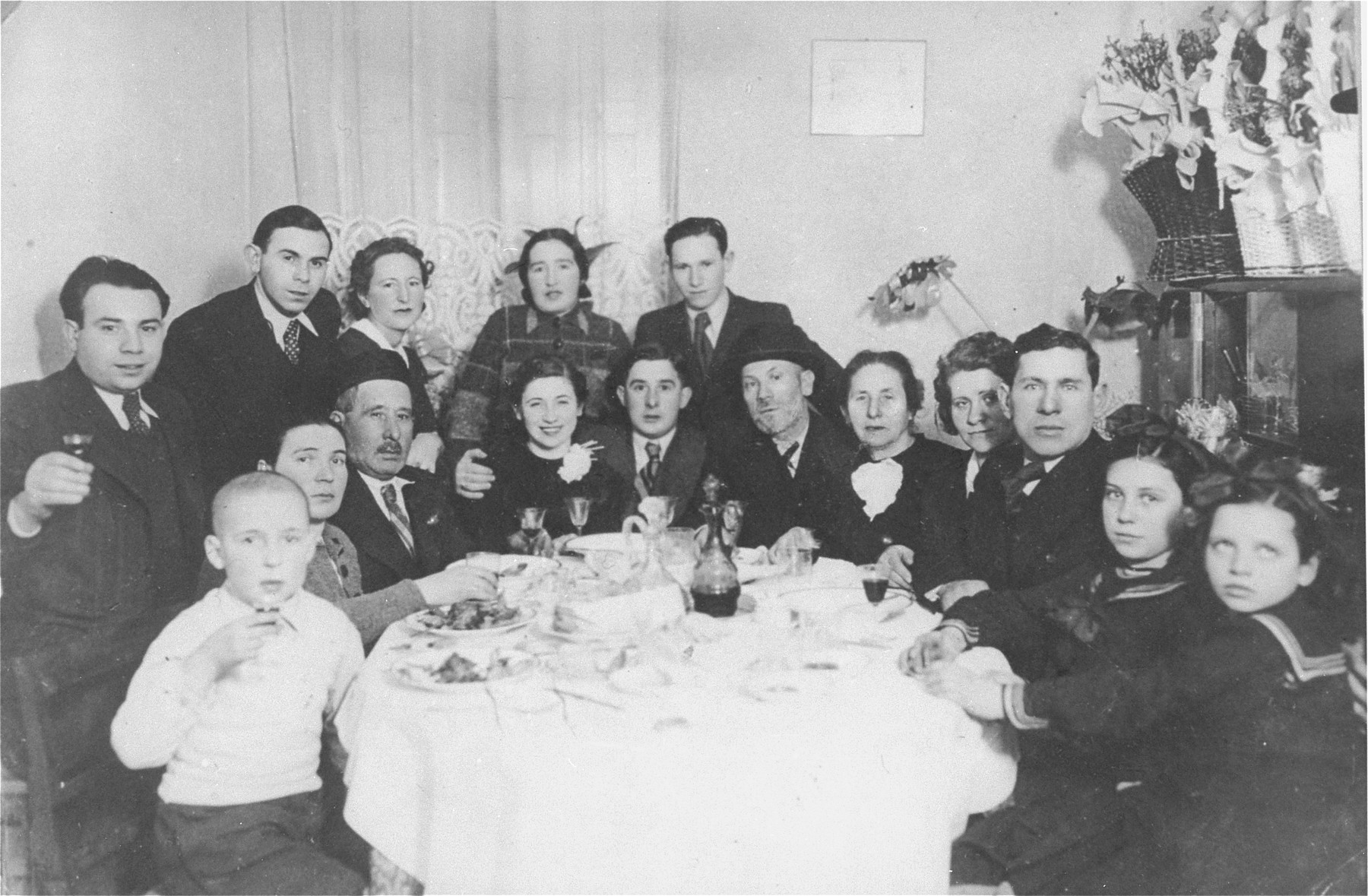 Portrait of members of the Wisgardisky family seated around a table during an engagement party for Yente Wisgardisky and Berl Berk.

Yente Wisgardisky is the aunt of the donor, Henia Lewin. Pictured standing behind, from left to right are: Melech; Jona and Gita; unknown; and Hershel Wisgardisky. Seated from right to left are: four members of the Apzig family (two daughters and their parents, who were all killed by the Germans); the donor's grandparents; Berl Berk; and Yente Wisgardisky. The man seated third from the left has been tentatively identified as Josel (Josef) Berk, father of Berl Berk.