Family and friends are gathered for a Jewish wedding celebration in Kovno. 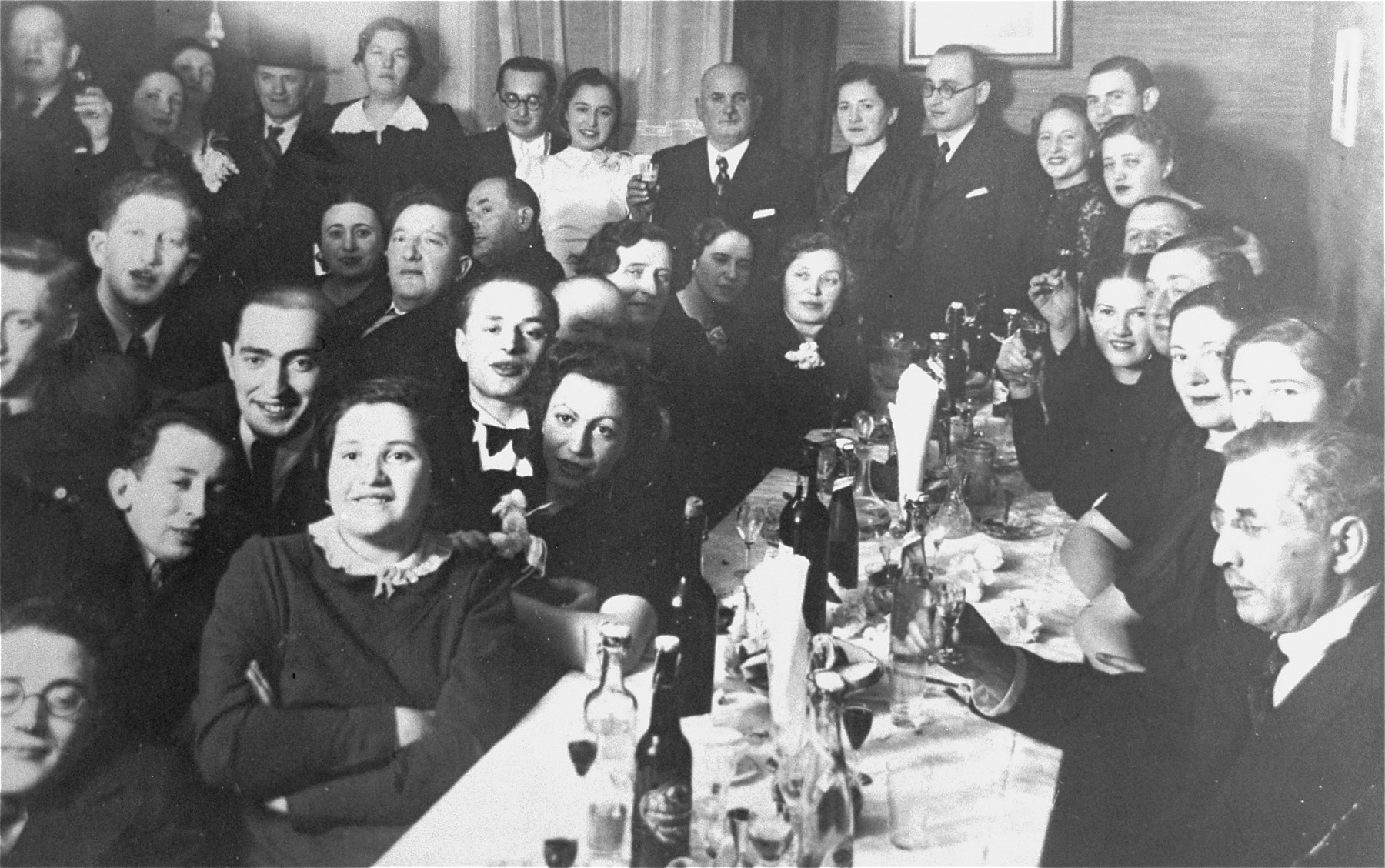 Family and friends are gathered for a Jewish wedding celebration in Kovno.

Among those pictured are Jona and Gita Wisgardisky (standing at the back on the right).