A model of the Lodz ghetto created by ghetto resident Leon Jacobson in 1940. Jacobson was a shoemaker by training. 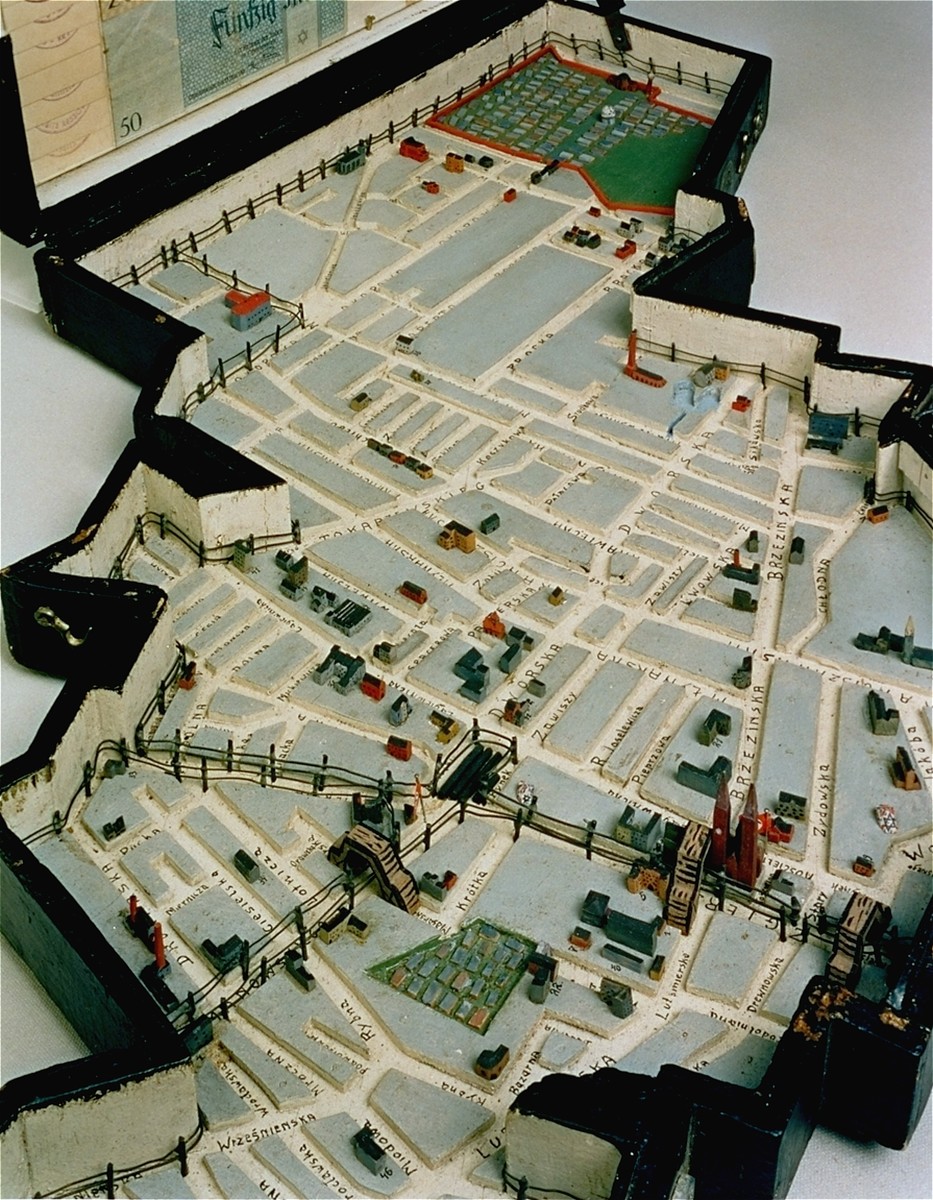 A model of the Lodz ghetto created by ghetto resident Leon Jacobson in 1940. Jacobson was a shoemaker by training.

Event History
The Lodz ghetto model, which was fashioned out of leather, is shaped according to the outline of the ghetto walls. The model shows the locations of footbridges, ruined synagogues, factories and cemeteries. Inside the model cover are official ghetto seals, currency and a ration card. The scale is 1:5000. Before his deportation to Auschwitz in August 1944, Leon Jacobson, the creator of the model, buried it in the basement of the building he lived in. He survived the war and recovered the model. The model is now on display in the USHMM permanent exhibition.