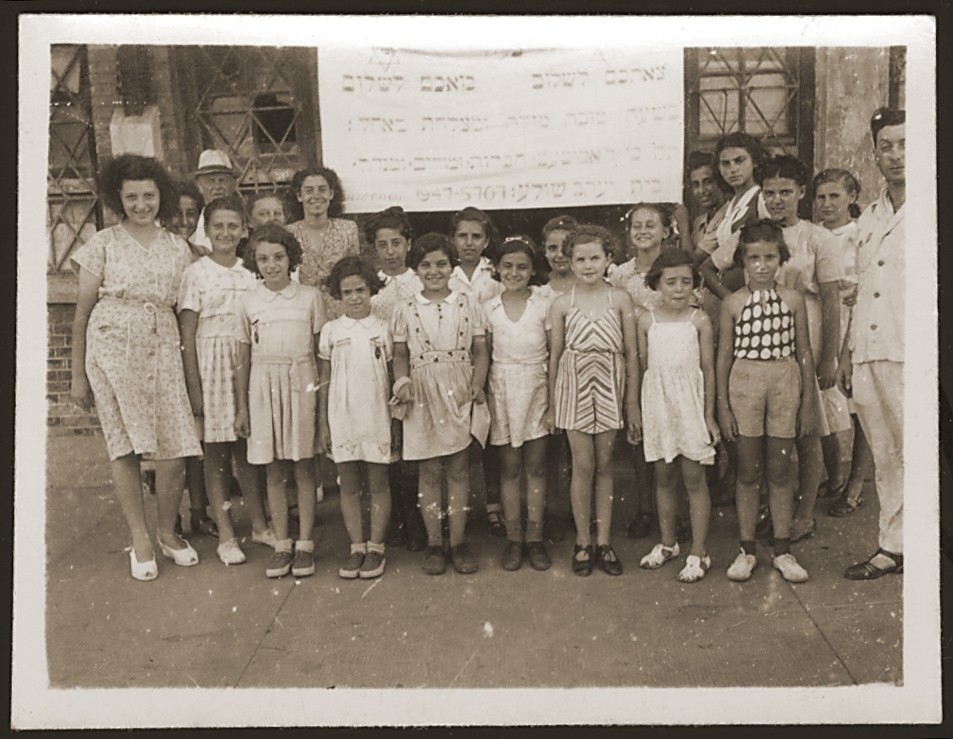 Event History
The SJYA (Shanghai Jewish Youth Association) school for newly-arrived Jewish refugee children, also known as the Kadoorie School, opened in November 1939. The SJYA was founded and financed by Sephardic philanthropist Horace Kadoorie. Some 700 students studied there. The language of instruction was English, and the choice of curriculum was based on the assumption that the pupils would soon be emigrating to English-speaking countries. The SJYA was located in Hongkew, outside what was to become the ghetto in 1943, but students were granted exit and entry permits in order to attend classes.

https://www.ushmm.org/wlc/en/article.php?ModuleId=10007091. https://www.ushmm.org/wlc/en/article.php?ModuleId=10005589.
Biography
Lutz Haase was born in Wreschen, Germany on 21 February 1914. After World War I, Wreschen became part of Poland. Choosing to remain German citizens, Abraham and Della Haase moved with their son first to Nuremberg and later to Berlin. In Berlin, Lutz attended the Friedrichecke Georg Strasse Art School for three years. Later, he found employment laying cable for the Bergmann Electric Company. He was arrested on the street during Kristallnacht, 10 November 1938, and sent to Oranienburg, where he was assigned to labor group 8 repairing train tracks in Rahnsdorf, chained to his jackhammer. After two years, he was too weak to continue working. He was condemned to an underground bunker where few survived for more than a day. Just before being sent to the bunker, he was approached by SS Obergruppensturmfuhrer Heinz Schultz, a former art school classmate. Schultz remembered that Haase had given him free advice on stamp collecting. Because of this, Haase was allowed to leave the country and join his sister in Shanghai. He left on 22 October 1940, the day Berlin was bombed for the first time. He traveled by train to Moscow; then took the Transiberian train to Manchuria. He settled in Hongkew, where he worked with the Allied/American underground and served as a member of the civil guard protecting Hongkew residents. He also ran a bookbinding business and print shop. He and his wife, Margot, had a daughter, Renee, in Shanghai in 1945. The family left Shanghai for Canada in 1949.