A group of elderly survivors eat a hearty meal at the Hadamar Institute after war crimes investigators demanded they be given larger rations. 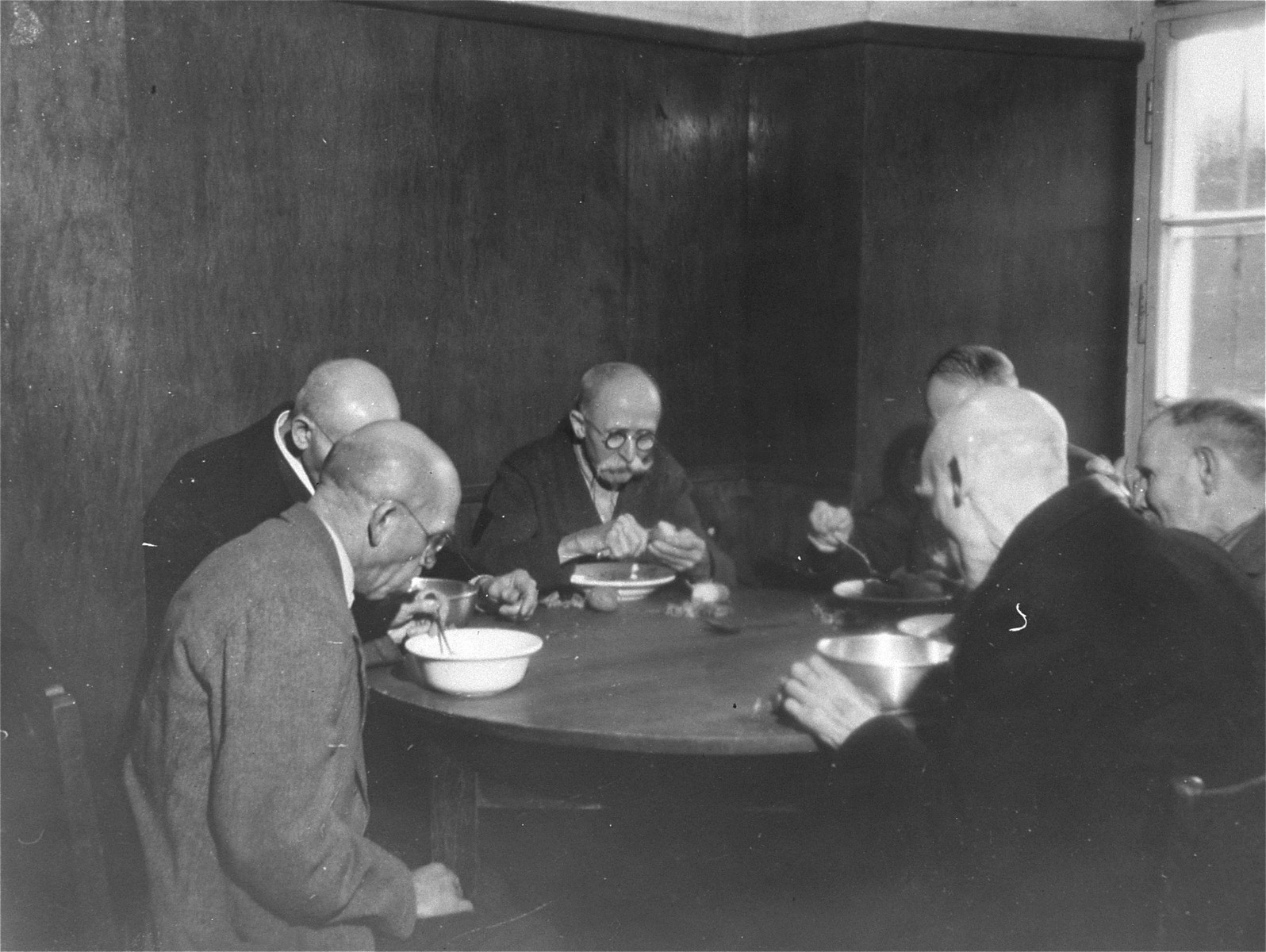 A group of elderly survivors eat a hearty meal at the Hadamar Institute after war crimes investigators demanded they be given larger rations.

The photograph was taken by an American military photographer soon after the liberation.