Jewish women working in a hatmaking workshop in the Glubokoye ghetto. 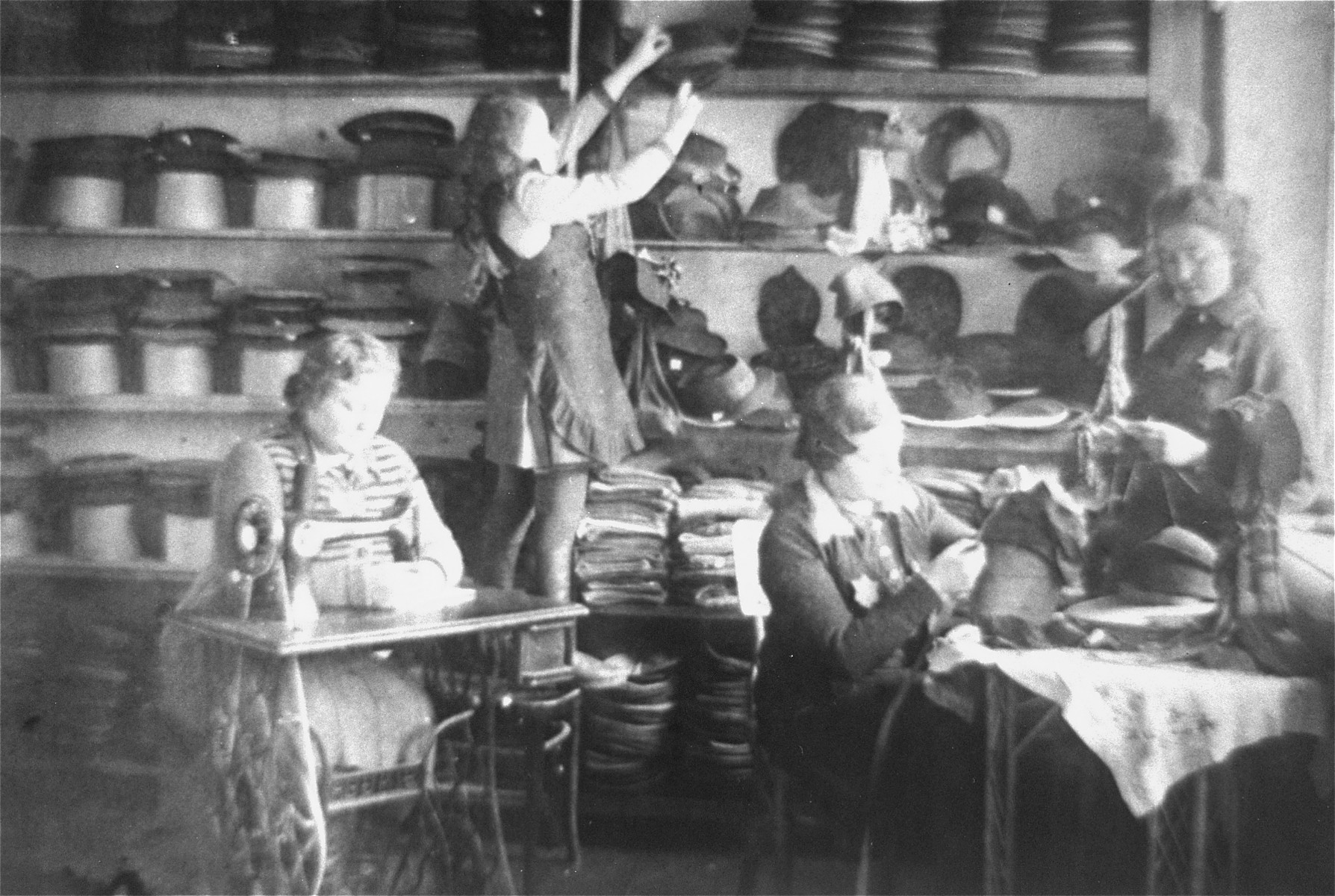 Jewish women working in a hatmaking workshop in the Glubokoye ghetto.

Among those pictured are Rivale and Rajze Lederman.