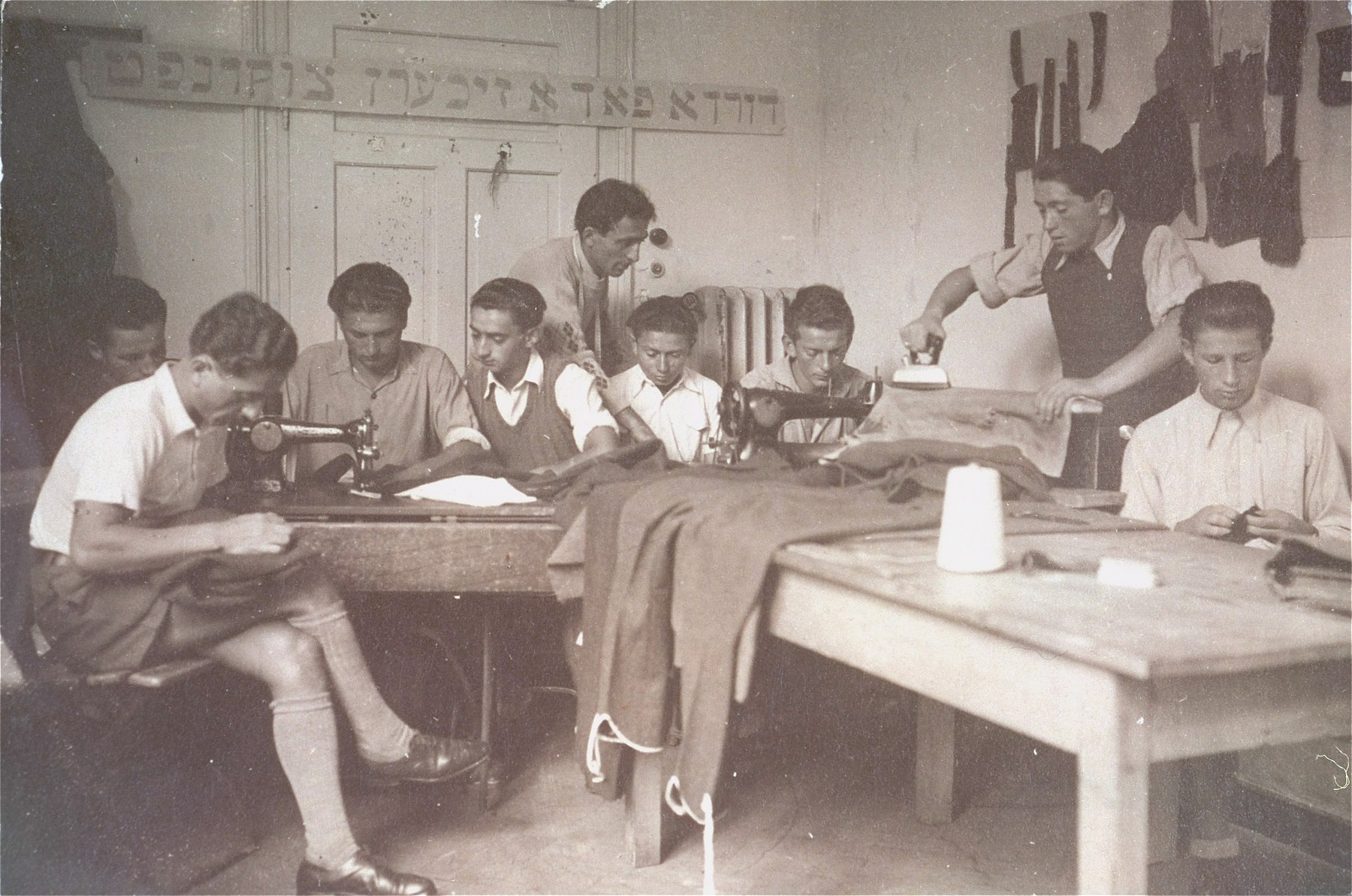 The Yiddish banner on the wall reads, "By means of a vocation one ensures the future."