Simon Brod, the Jewish Agency representative in Istanbul, and Mr. Beretta, a local official, greet a transport of Jewish refugees from Transnistria, who have just arrived aboard the SS Bellacita. 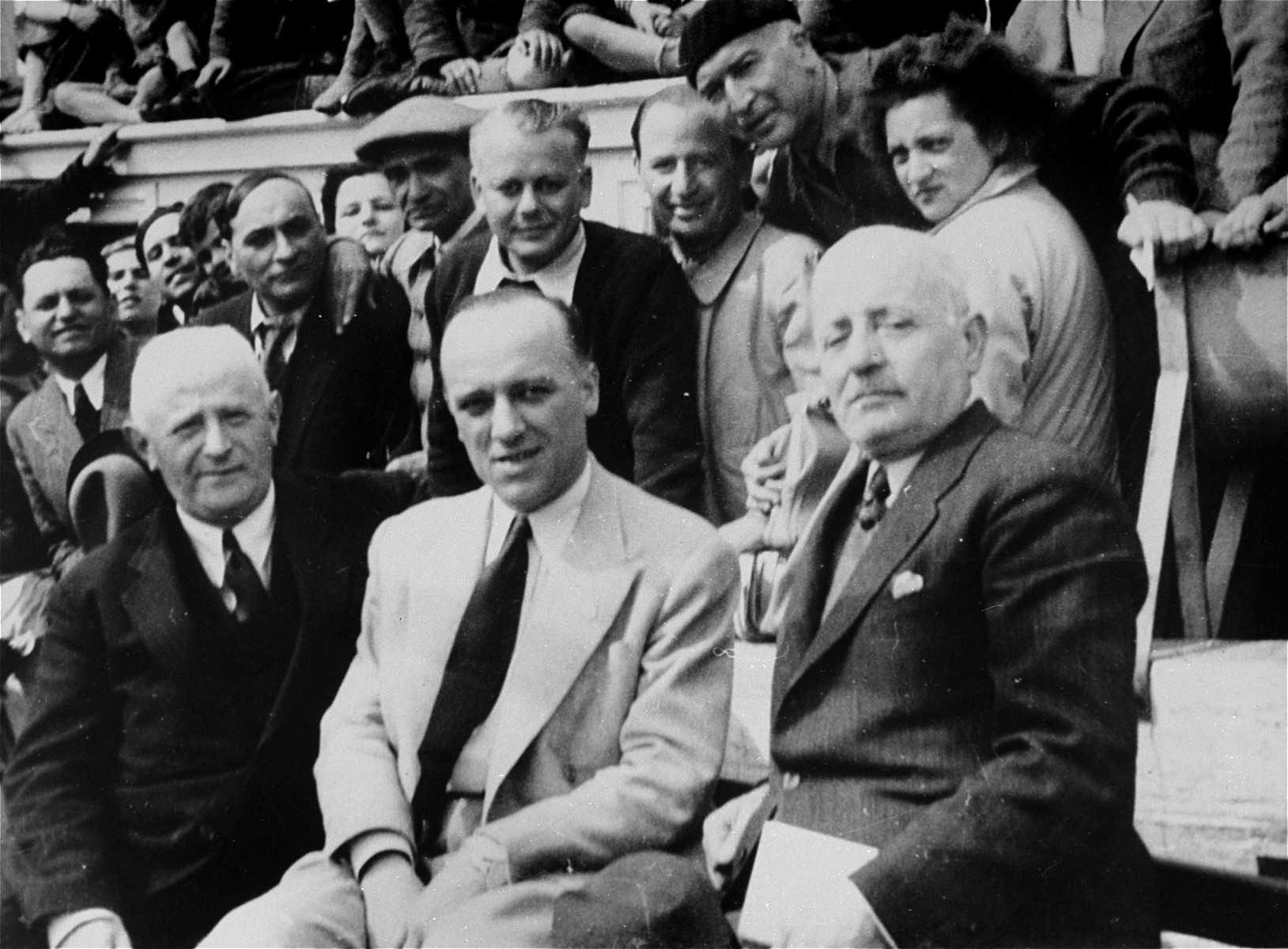 Simon Brod, the Jewish Agency representative in Istanbul, and Mr. Beretta, a local official, greet a transport of Jewish refugees from Transnistria, who have just arrived aboard the SS Bellacita.

Event History
The Bellacita sailed from Constanza to Istanbul with 120 orphans who survived the deportation to Transnistria. They were joined by ten wealthy Romanian Jewish families, who together financed the voyage. From Istanbul the Jewish refugees travelled by train to Haifa, arriving on May 3, 1944.

https://www.ushmm.org/wlc/en/article.php?ModuleId=10005776. https://www.ushmm.org/wlc/en/article.php?ModuleId=10007261.
Biography
Simon Brod (1893-1962), a Jewish businessman from Istanbul, who during World War II helped to rescue an untold number of Jewish refugees who reached Turkey. Brod ran a successful textile importing firm in Istanbul together with his brother Max. During World War II he was employed by the American Jewish Joint Distribution Committee and the Jewish Agency for Palestine to assist in the rescue of European Jewish refugees who, in one way or another, had been able to reach Turkey. His close association with Arthur Whittall, an officer in the British passport office in Istanbul and Ahmet Demir, a high-ranking Turkish police officer, made Brod a valuable asset to these organizations. Together, Brod, Whittall and Demir were able to locate and identify groups of refugees arriving by ship, train or automobile, secure the appropriate stamps and documents, and arrange for safe passage to their next destination. Following the sinking the Struma refugee vessel in February 1942, Brod make contact with David Stoliar, the sole survivor of the shipwreck, who had been imprisoned in Istanbul after he was fished from the water. Brod arranged for Stoliar's meals during his two-month incarceration. Upon his release, Brod brought Stoliar home. He provided him with clothes and a suitcase, a safe conduct pass and a train ticket to Allepo, Syria, from which he was driven to Tel Aviv.