The bodies of a Jewish family killed on Vasile Conta Street in front of the Fratii Hirschenschon store during the Iasi pogrom. 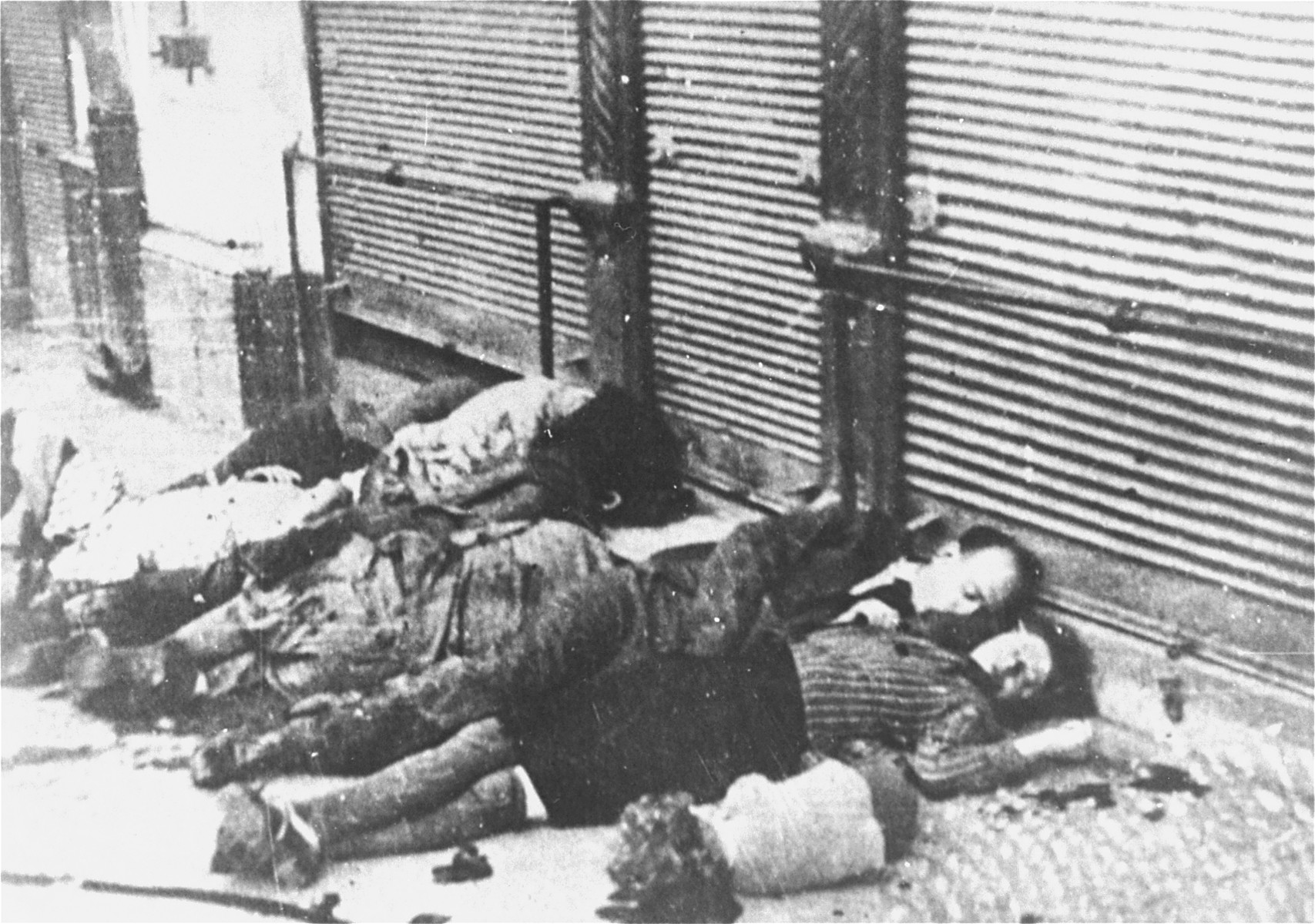 The bodies of a Jewish family killed on Vasile Conta Street in front of the Fratii Hirschenschon store during the Iasi pogrom.

On June 30, 1941, around 1:30 PM, some eighteen bodies were brought [from the building where the Adace pharmacy is situated]...among them the Kunovicis, who owned the milliner's shop on Stefan cel Mare Street; Simion Filip, the baker on I.C Bratianu Street; Nacht, the engineer from the Adace building; and the former bar owner Mille. Pictured here is one of the 180 children murdered in the progrom.