Group portrait of members of the Reichsbund juedischer Frontsoldaten sports club before the West German Meisterschaft competition in Cologne. 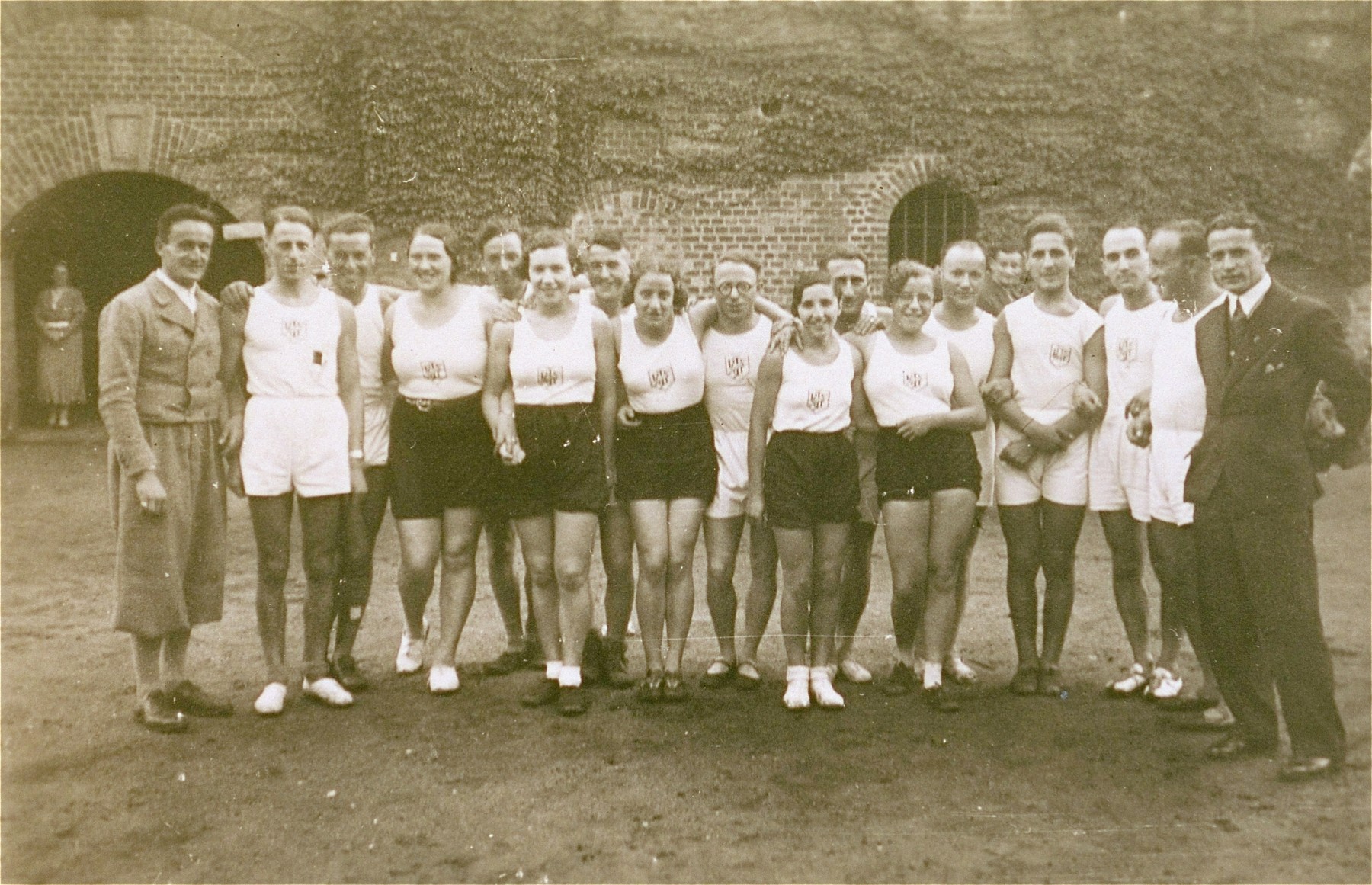 Group portrait of members of the Reichsbund juedischer Frontsoldaten sports club before the West German Meisterschaft competition in Cologne.

Pictured in the front row, starting third from the left, are Grete Herz (tentative identification); the donor, Ilse Dahl; Liesel Saul; Else Levy; and Hete Saul.

Pictured in the back row are Leo Salmang (center, wearing glasses), Josef Salmang (fifth from the right), and Ermst Moll (tentative identification, second from the right).

Biography
Ilse Dahl was born in Hamm, Germany on May 8, 1916. She was the second child of Emil and Klara David Dahl, who were in the cattle business. Ilse was raised in Geilenkirchen, near Aachen, and lived there until 1936. As a youth, Ilse was an excellent athlete, who competed in many sporting events. In the mid-1930s, after Jews were excluded from German sports clubs, she participated in many competitions sponsored by the Jewish sports organization of the Jewish war veterans association [Reichsbund juedischer Frontsoldaten]. In 1936 the Dahl family moved to Berlin. Through the efforts of relatives in Kansas City, Missouri, the family was able to secure an American visa for Ilse. She left the country immediately after Kristallnacht, travelling through Belgium and Holland to England. From London, she sailed aboard the SS Manhattan for New York. Ilse settled with relatives in Missouri and two years later, married another German-Jewish refugee, Walter Cohn. Ilse's two siblings also survived the war, but her parents were deported and perished.