Group portrait of the members of the German boxing club, Sparta, after winning the North German championship. The Sinti boxing champion, Johann (Rukelie) Trollmann (1906-1943), is pictured third from the right. 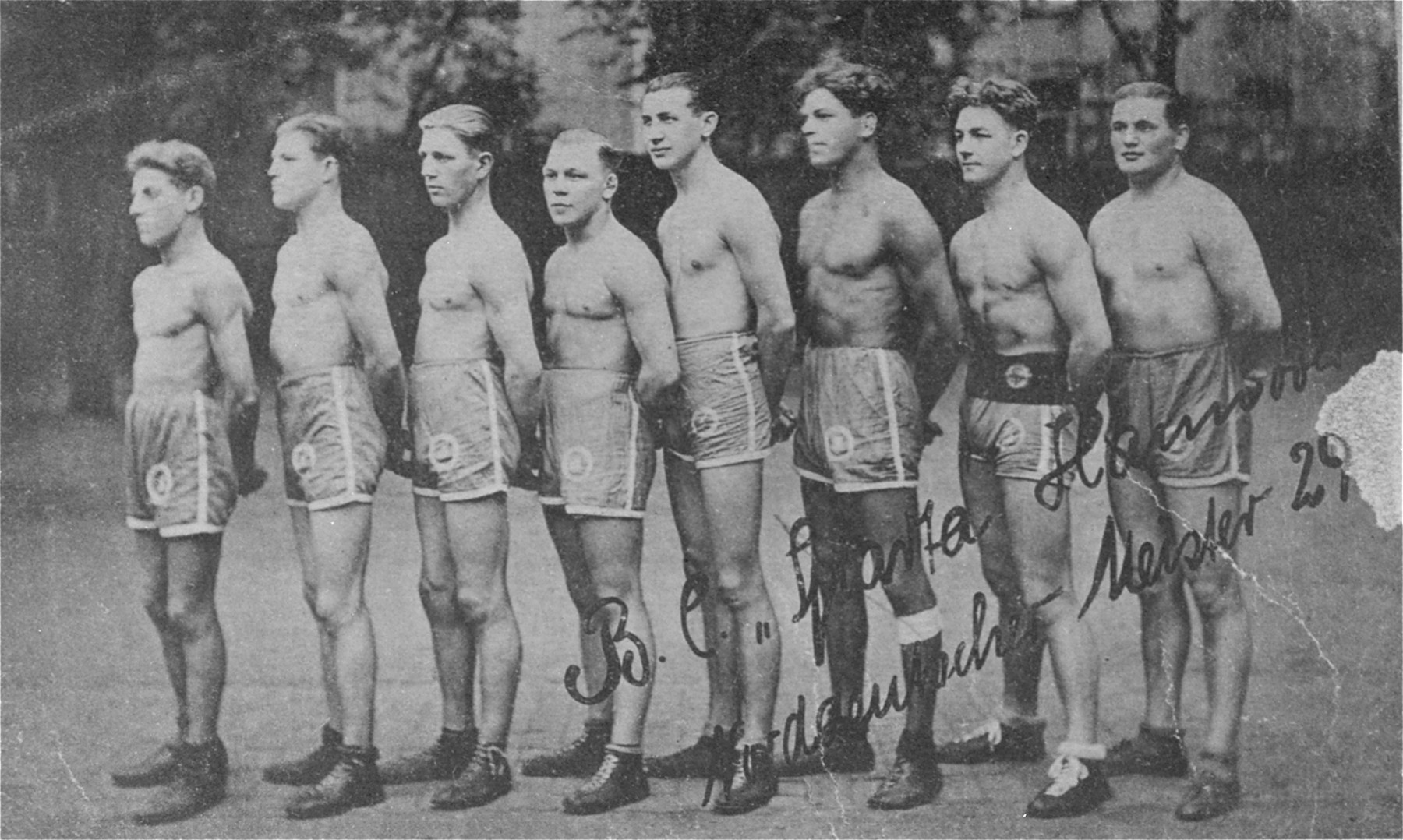 Group portrait of the members of the German boxing club, Sparta, after winning the North German championship. The Sinti boxing champion, Johann (Rukelie) Trollmann (1906-1943), is pictured third from the right.

Biography
Johann Trollmann, a Romani man from Hannover, was considered one of the most successful boxers in Germany in 1932 . His future looked promising until the Nazi seizure of power and the subsequent aryanization of the German boxing league. On June 9, 1933, Trollmann fought a bout to determine the new middle-weight championship. (The title had been taken away from the Jewish boxer Erich Seelig in March.) Though the judges gave the victory to Trollmann, officials of the boxing league intervened to declare it a draw. Only after strong protests from the audience did the officials back down and award him the championship. However, soon after the fight the boxing league withdrew the title. In order to continue boxing Trollmann was forced to abandon his particular boxing style, which sports journalists had begun to ridicule in their magazines. As a result, he was knocked out in an important bout of July 21, 1933. Subsequently, he fought and lost several other matches, apparently due to pressure from the boxing league. In 1939 Trollmann was drafted into the German army, where he fought with the infantry on the eastern front. In 1942 he was arrested while at the home of his brother. He was taken to a police station and severely beaten. From there Trollmann was deported to the Neuengamme concentration camp, where he was forced to perform hard labor. SS camp personnel often brought the starving Trollmann to their gatherings, plied him with drink, and then forced him to box with them. He was shot on February 9, 1943. [Krausnick, Michail, "Wo sind sie hingekommen?" Bleicher Verlag, Gerlingen, 1945]