Postcard written by Dodi Anker to her friend, Ille Baum, in Palestine, showing the ship on which the Anker sisters sailed to safety in England. 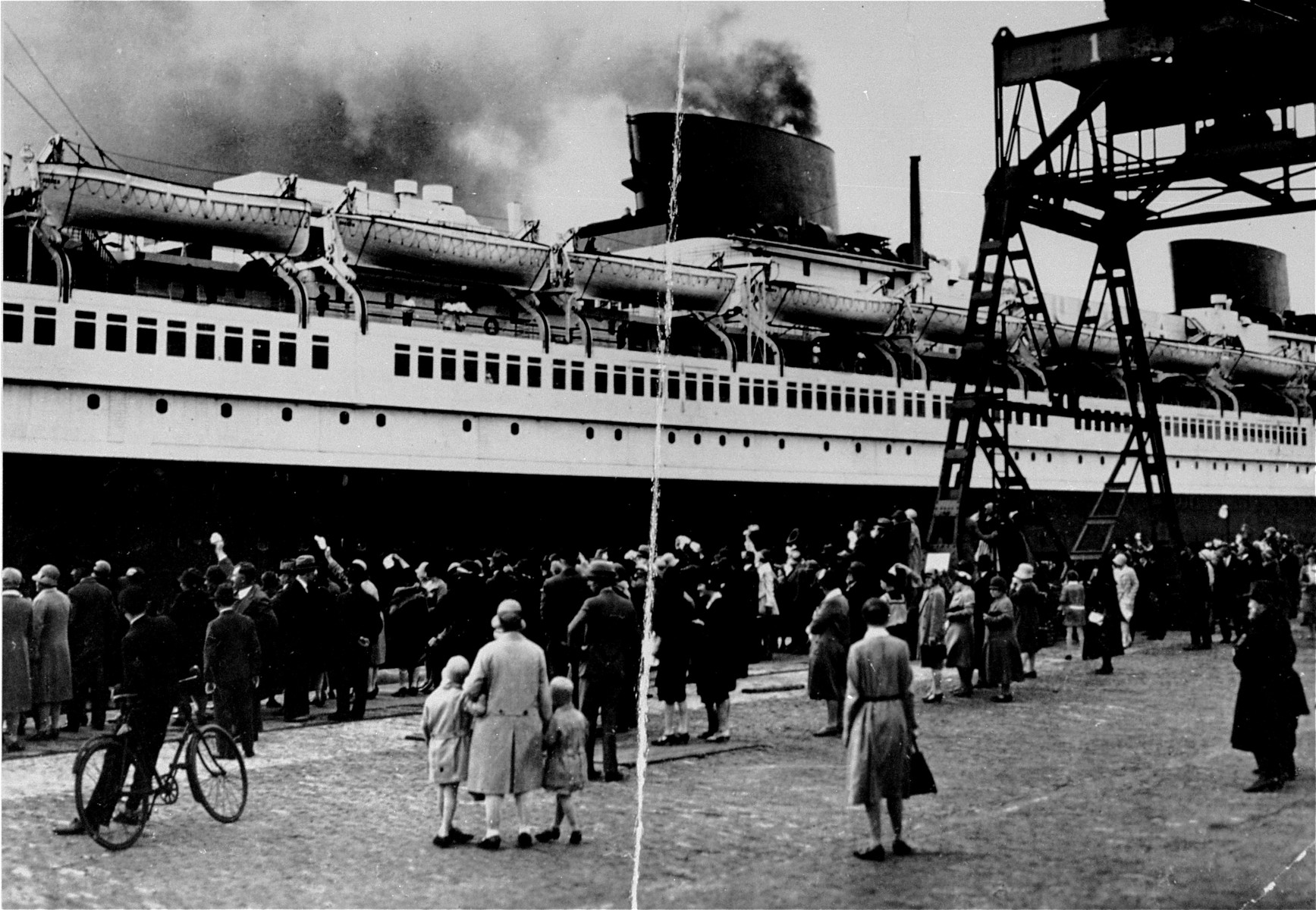 Postcard written by Dodi Anker to her friend, Ille Baum, in Palestine, showing the ship on which the Anker sisters sailed to safety in England.

https://encyclopedia.ushmm.org/content/en/article/kindertransport-1938-1940.
Biography
Hilde (Anker) Fogelson (the mother of George Fogelson), was the daughter of Georg and Gertrud (Gottschalk) Anker. Hilde was born on May 29, 1926 in Berlin. She had two older sisters, Eva (b. 1922) and Dodi (b. 1924). Hilde's paternal grandfather, Simon Anker (d.1935), was a wealthy grain merchant in Danzig and the head of a household of twelve children. He was a prominent member of the local Jewish community, who served as president of the main synagogue and patron of the Bar Kochba sports club. He donated his villa to the sports club which became known as Ankerhaus. Hilde's father, Georg, left Danzig in 1921 and settled in Berlin, where he ran a men's clothing business. On May 15, 1921 he married Gertrud Gottschalk, the daughter of Hugo and Bertha (Wolfberg) Gottschalk from Schlawe (Pomerania). Hugo owned the town's grain mill, which had been in the family since 1873. Gertrud had three older siblings, Nanny (Gottschalk) Lewin (b. 1888), Bruno (who died prematurely in 1911) and Kaethe (Gottschalk) Knipfer (b. 1892). Hugo died before the war on July 31, 1934. After his death Bertha and Nanny moved to Berlin hoping that in the city they would be less conspicuous targets for anti-Semites. They moved downstairs from Kaethe, who had married a German Protestant and converted in 1911. Bertha had an opportunity to come to America in 1941, but she refused to leave without Nanny. In 1942 Bertha and Nanny were deported to Theresienstadt, where Bertha perished on November 23, 1942. Nanny was deported to Auschwitz on May 15, 1944 and killed immediately. Her daughter Ursula was also killed in Auschwitz after having been deported from Berlin on March 12, 1943. Despite her conversion to Christianity, Kaethe was deported to Theresienstadt in 1944. She survived the war. Gertrud and Georg sent their three daughters, Eva, Dodi and Hilde, to England with a Kindertransport that arrived on June 14, 1939. On July 13, 1939 Georg and Gertrud flew to Copenhagen, where they stayed briefly before joining their daughters in England. In October 1940 the Anker family sailed to the United States aboard the SS Nova Scotia. The family settled in Van Nuys, California, where Georg established a chicken farm.