A group of Jewish friends stroll through the streets of Vilna. 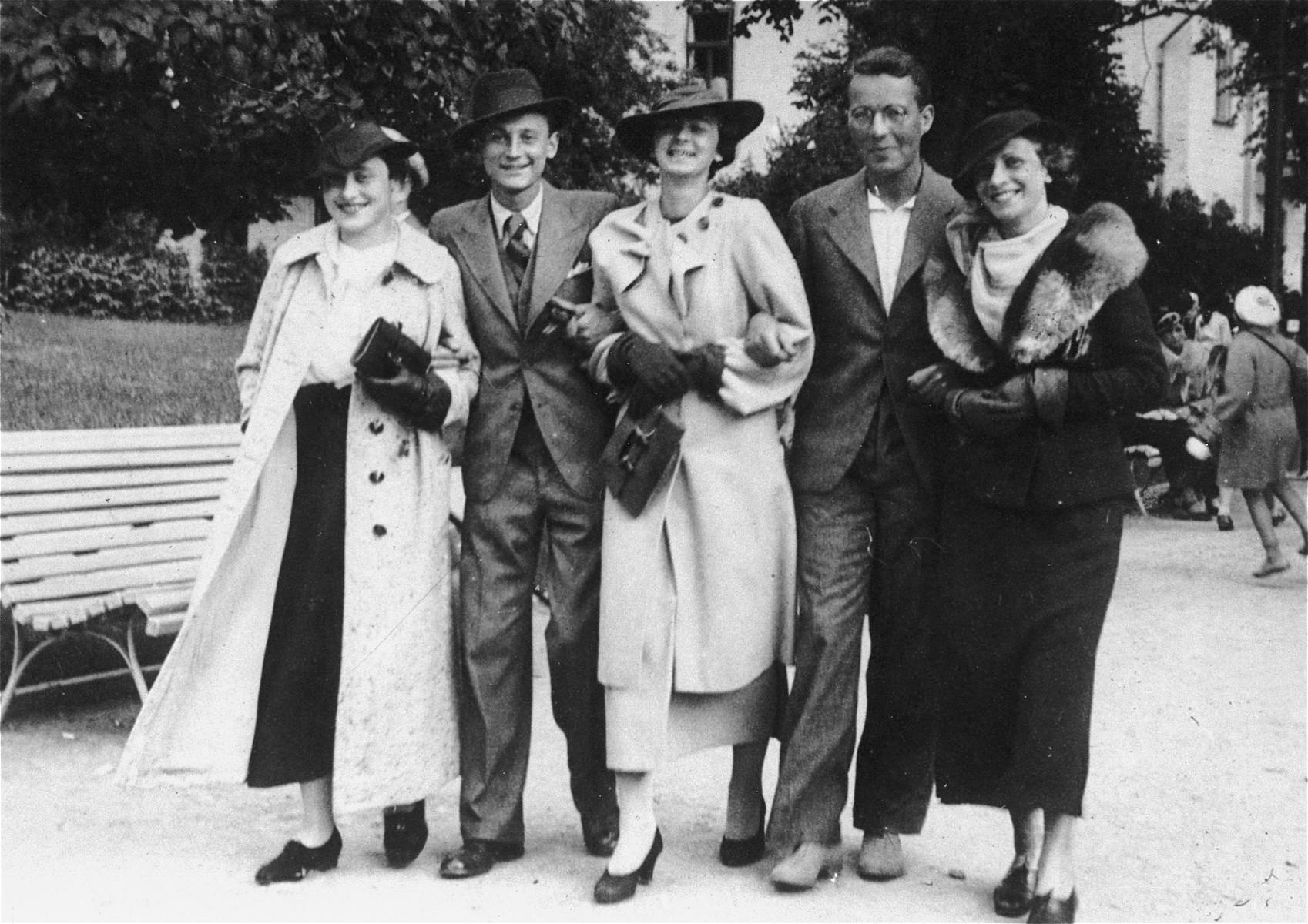 A group of Jewish friends stroll through the streets of Vilna.

Among those pictured are Raya Magid (far right) and Raya Lewin (far left).