A Jewish boy and his parents stand in front of their store in the Dabrowa Gornicza ghetto. 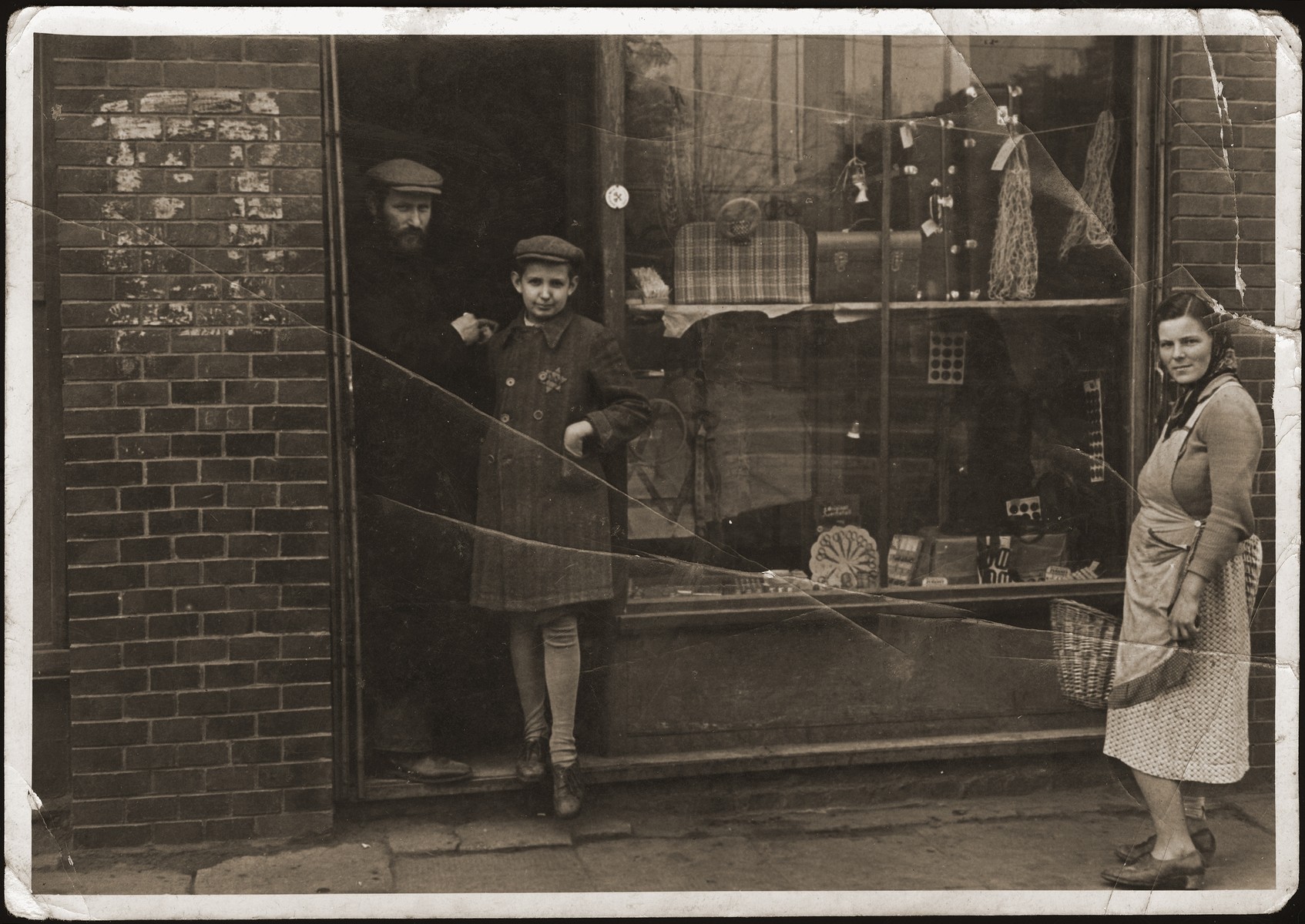 A Jewish boy and his parents stand in front of their store in the Dabrowa Gornicza ghetto.

https://encyclopedia.ushmm.org/content/en/article/german-administration-of-poland. https://encyclopedia.ushmm.org/content/en/article/ghettos-in-poland.
Biography
Yehudit Malach (born Itka Feder) is the daughter of Abraham Yitzhak and Ester Rojza (Bajtner) Feder. She was born on June 6, 1919 in Dabrowa where her father had an alcohol concession. Itka had five older siblings: Mosze (b. 1913), Lejbl (b. 1914), Szrage (b. 1915), Rachel (b. 1916) and Yehiel (b. 1918). Szrage and Rachel immigrated to Palestine before the war. Yehiel survived the Auschwitz and Mauthausen concentration camps. Itka's father perished in the ghetto, and her mother in Auschwitz. Itka married Velvel Malach, the son of Zisha and Refael Hirsch Malach, and after the war immigrated to Israel.