Group portrait of the Dunski family. 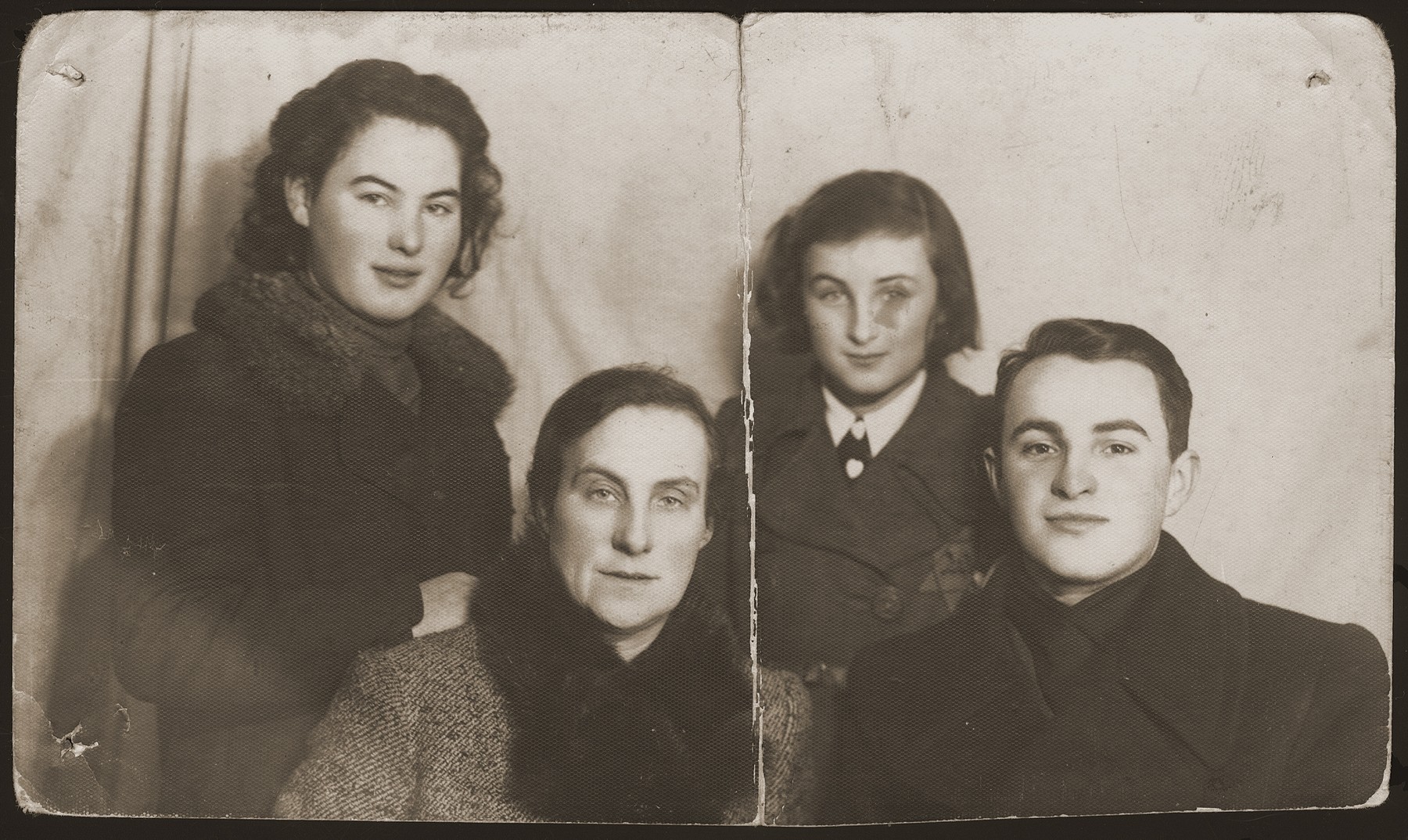 Group portrait of the Dunski family.

Pictured from left to right are: Genia, Fajga, Sala and Tzvi. This photograph was sent to Frania and Haime who were then imprisoned in the Ober Altstadt labor camp.

https://encyclopedia.ushmm.org/content/en/article/german-administration-of-poland. https://encyclopedia.ushmm.org/content/en/article/ghettos-in-poland.
Biography
Tzvi Dunski was the son of Haime and Fajga Dunski. He was born in 1922 in Sosnowiec, where his father was a shoemaker. Tzvi had three siblings: Genia (b.1924), Frania (b. 1926), and Sala (b. 1928). In the 1930s Tzvi was an active member of the Hashomer Hatzair Zionist youth movement. During the German occupation of Poland, Tzvi played a central role in the Jewish underground in Sosnowiec. Together with Mordechai Anielewicz, who spent several months in the Zaglebie area, Tzvi organized the youth into cells of resistance fighters and issued an underground newspaper called "Przelom" [Turning Point]. Tzvi headed efforts to collect weapons, build bunkers and prepare reprisal actions. In February 1943, a crackdown by the local Gestapo on Jewish resistance activity forced Tzvi to go into hiding. His mother and sister Sala were arrested as hostages and imprisoned for three weeks. Eventually, Tzvi was caught by the Jewish police and turned over to the Gestapo. He was subsequently executed at the prison in Katowice. His mother and Sala were taken by private car to Auschwitz, where they were killed. Genia also perished in Auschwitz at a later time. Frania, the only member of the family to survive the war, was imprisoned in a series of labor camps.