14- year-old Zygmunt Baum poses wearing an armband on a snow-covered street in the Bedzin ghetto. 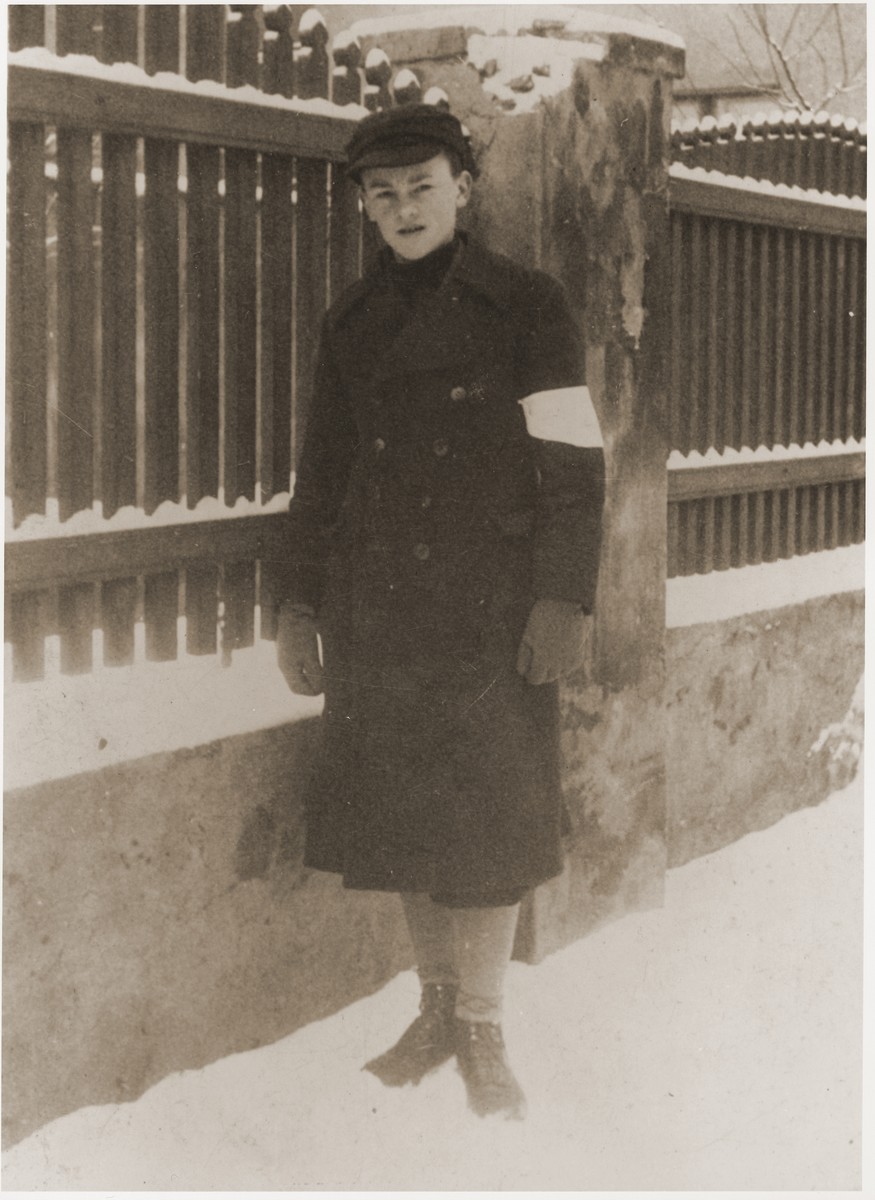 14- year-old Zygmunt Baum poses wearing an armband on a snow-covered street in the Bedzin ghetto.

His overcoat is part of his Furstenberg gymnasium school uniform, but the shiny buttons had to be removed on orders of the German authorities, in order to distinguish it from a military uniform. This photograph was sent in 1940 to the family in the U.S.

https://encyclopedia.ushmm.org/content/en/article/german-administration-of-poland. https://encyclopedia.ushmm.org/content/en/article/ghettos-in-poland.
Biography
Zygmunt Baum is the son of Szmul and Chaja Baum, who owned a floor covering business in Bedzin and lived on 16 Kollataja Street. Zygmunt had three siblings: Freda (b. 1919), Mania (b. 1924), and Aron (b.1933). In the summer of 1942 the Baum family was relocated to the Bedzin ghetto in Kamionka. On August 1, 1943, the entire family was deported to Auschwitz-Birkenau. Freda and Aron were killed on arrival; Chaja and Mania survived until January 18, 1944, when they were gassed; Szmul and Zygmunt were transferred to a series of concentration camps in Germany and were reunited in Ohrdruf. They were liberated in Neunburg Forwald in May 1945 during a death march from Flossenburg. In 1946 Zygmunt and his father returned to their hometown and later settled in Gliwice, Poland. Zygmunt and his family emigrated to Sweden in 1968.