Group portrait of Jewish youth in the Bedzin ghetto. 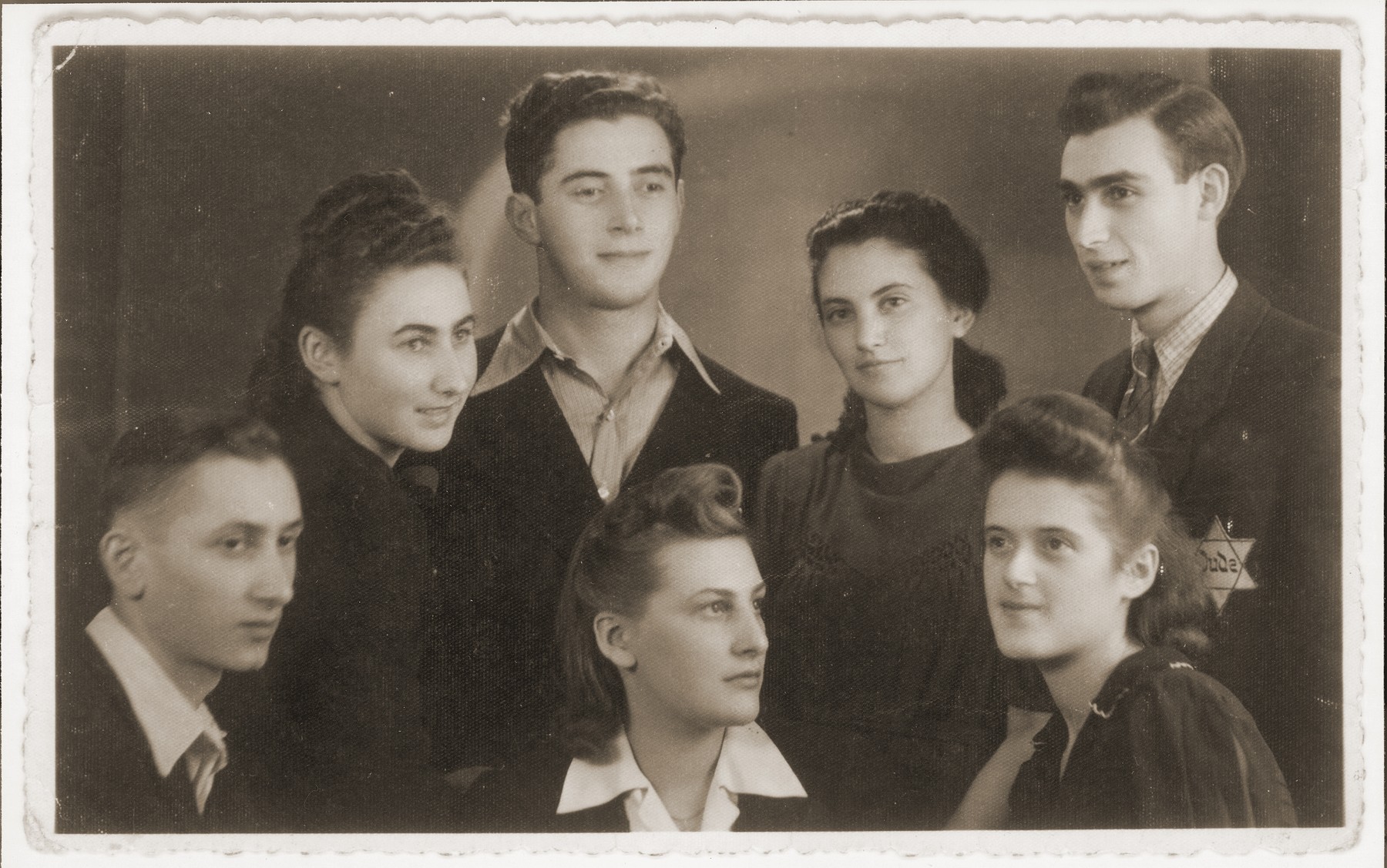 Group portrait of Jewish youth in the Bedzin ghetto.

https://encyclopedia.ushmm.org/content/en/article/german-administration-of-poland. https://encyclopedia.ushmm.org/content/en/article/ghettos-in-poland.
Biography
Zygmunt Baum is the son of Szmul and Chaja Baum, who owned a floor covering business in Bedzin and lived on 16 Kollataja Street. Zygmunt had three siblings: Freda (b. 1919), Mania (b. 1924), and Aron (b.1933). In the summer of 1942 the Baum family was relocated to the Bedzin ghetto in Kamionka. On August 1, 1943, the entire family was deported to Auschwitz-Birkenau. Freda and Aron were killed on arrival; Chaja and Mania survived until January 18, 1944, when they were gassed; Szmul and Zygmunt were transferred to a series of concentration camps in Germany and were reunited in Ohrdruf. They were liberated in Neunburg Forwald in May 1945 during a death march from Flossenburg. In 1946 Zygmunt and his father returned to their hometown and later settled in Gliwice, Poland. Zygmunt and his family emigrated to Sweden in 1968.

Herman Sztrochlic was a well-to-do businessman and president of the Jewish community in Bedzin, married to Regina (Kerner) Sztochlic. Their three children, Zygmunt (b. February 1, 1917), Estera (b. 1919), and Roza (b. 1921), all attended the Fuerstenberg Gymnasium. In 1940, Zygmunt married his high school classmate, Sabka Kominska (b. 1917).

Roza Sztrochlic married Abram Dafner, whom she met while studying at the Fuerstenberg Gymnasium, in 1943. He had planned to emigrate to Palestine, but delayed his departure until it was no longer possible. In the ghetto, Abram worked in the post office, facilitating an illegal letter exchange to Switzerland and the sending of food packages to a nearby labor camp. When the Jewish Council learned of his activities, they dismissed him from his job and transferred him to the ghetto police office. Rozka and Abram were deported to Auschwitz following the final Action of August 1, 1943. Rozka was gassed on arrival; Abram survived.

During the German occupation Herman Sztrochlic was a member of the Jewish council and was put in charge of the finance department. In 1943 the entire family was deported to Auschwitz and only Zygmunt survived. On October 26, 1944, he was transferred from Auschwitz-Birkenau to Stutthof, and from there to Haiflingen, Dautmergen and finally, to Bergen-Belsen, where he was liberated by the British army. After the war Zygmunt was remarried to Rose Grinberg, and together they immigrated to the US in 1947.