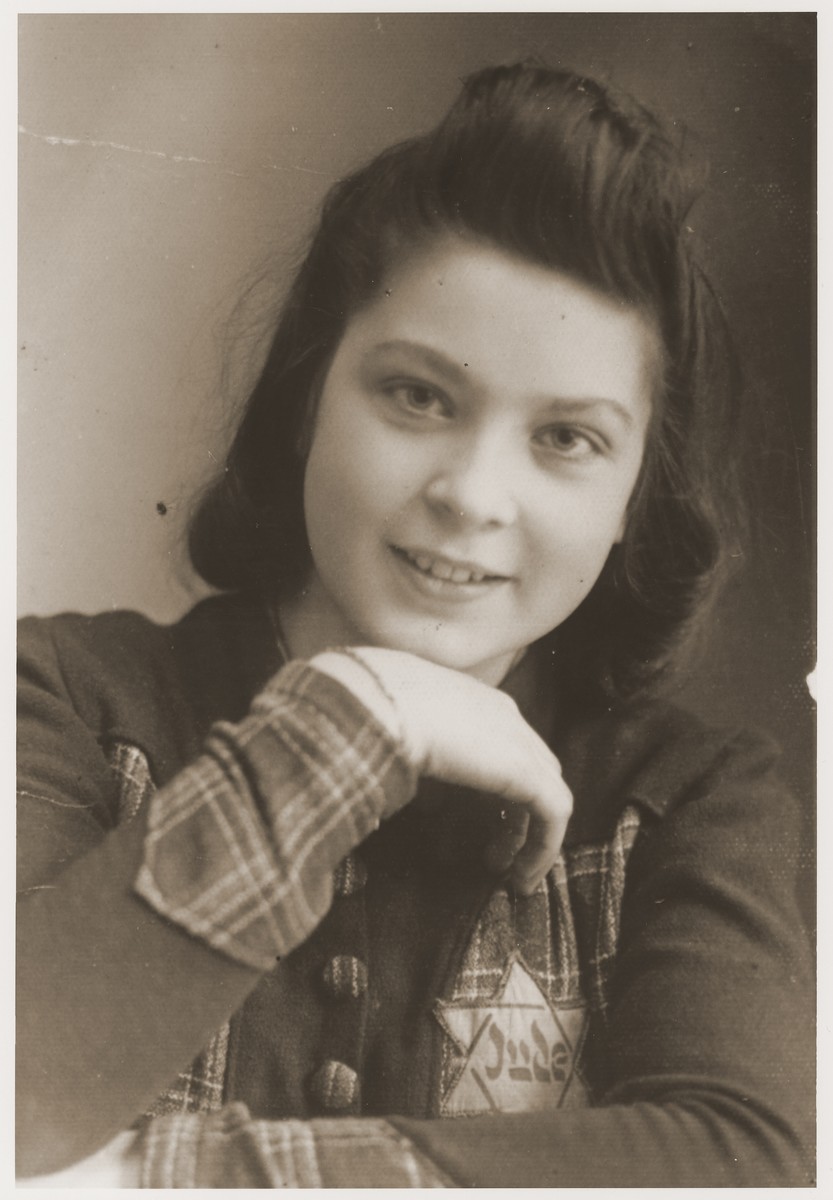 https://encyclopedia.ushmm.org/content/en/article/german-administration-of-poland. https://encyclopedia.ushmm.org/content/en/article/ghettos-in-poland.
Biography
Shoshana Benes (born Rozia Merin) is the daughter of Chaim and Fela Merin. She was born December 24, 1930 in Bedzin, Poland, where her father was a biochemist and the owner of an oil refinery. Rozia was the youngest of five children. Two of her siblings were Cesia (Merin) Szyniarowski and Lola (Merin) Laskier. After the German invasion of Poland, the family remained in Bedzin. In March 1943, Rozia was sent to Graeben-bei-Gross Rosen, a forced labor camp attached to a linen factory. She remained there until February 1945, when she was sent on a forced march to Bergen-Belsen. She survived the march and was liberated at Bergen-Belsen in May 1945. Stricken with typhus, Rozia was hospitalized at the Bergen-Belsen displace persons camp for several months. After recuperating, she attended school at the DP camp, before leaving for Augsburg in 1946. In May 1952 Rozia immigrated to the US.