Jewish refugee children pose for a photograph on Tongshan Road. 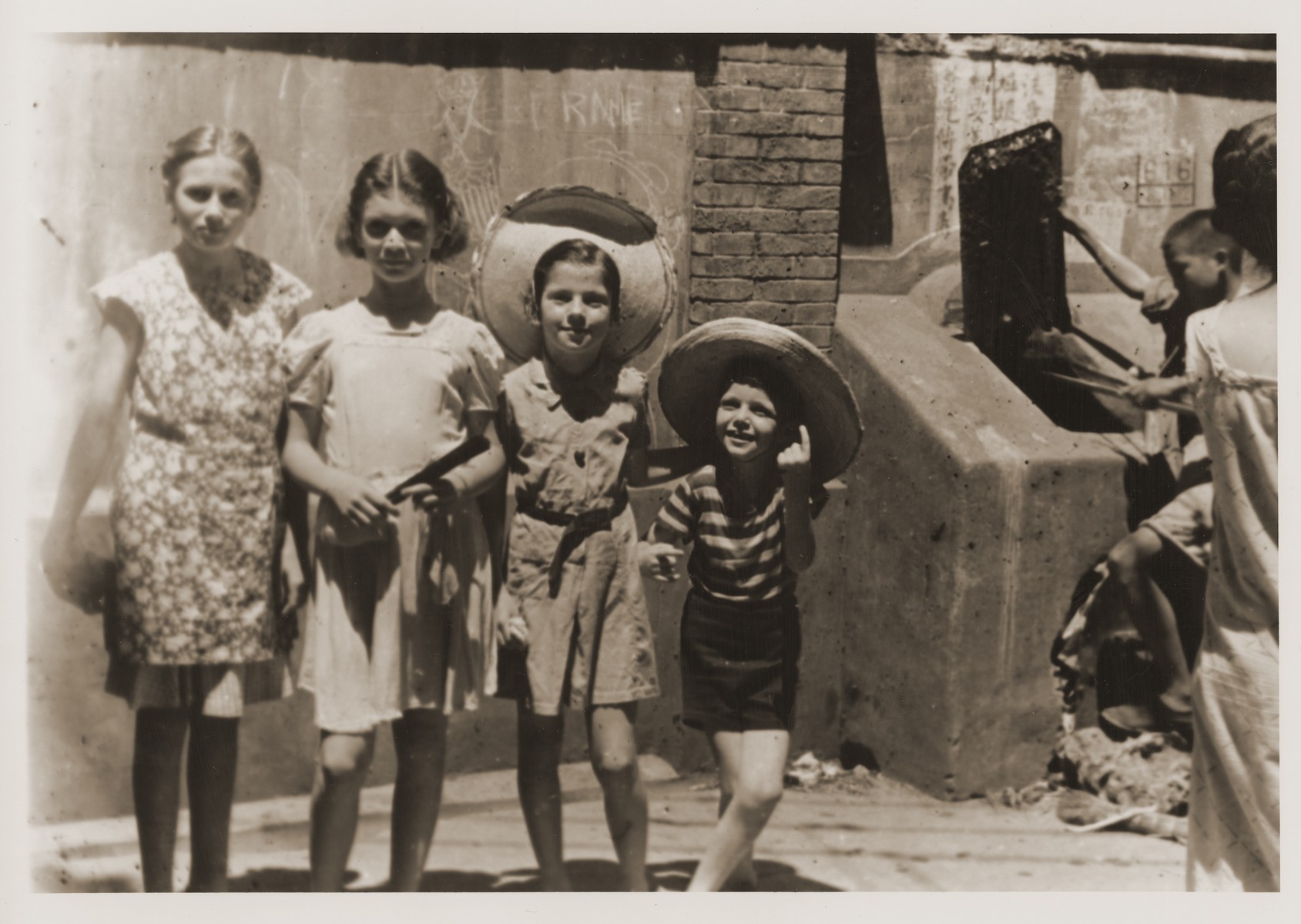 Jewish refugee children pose for a photograph on Tongshan Road.

Pictured from left to right are [unidentified girl], Olga (Irene) and Brigitte Gutstadt, and Harry Fiedler. In the background, a child digs through garbage in search of food.