Model of the Struma with an overlay photo of Struma survivor, David Stoliar. 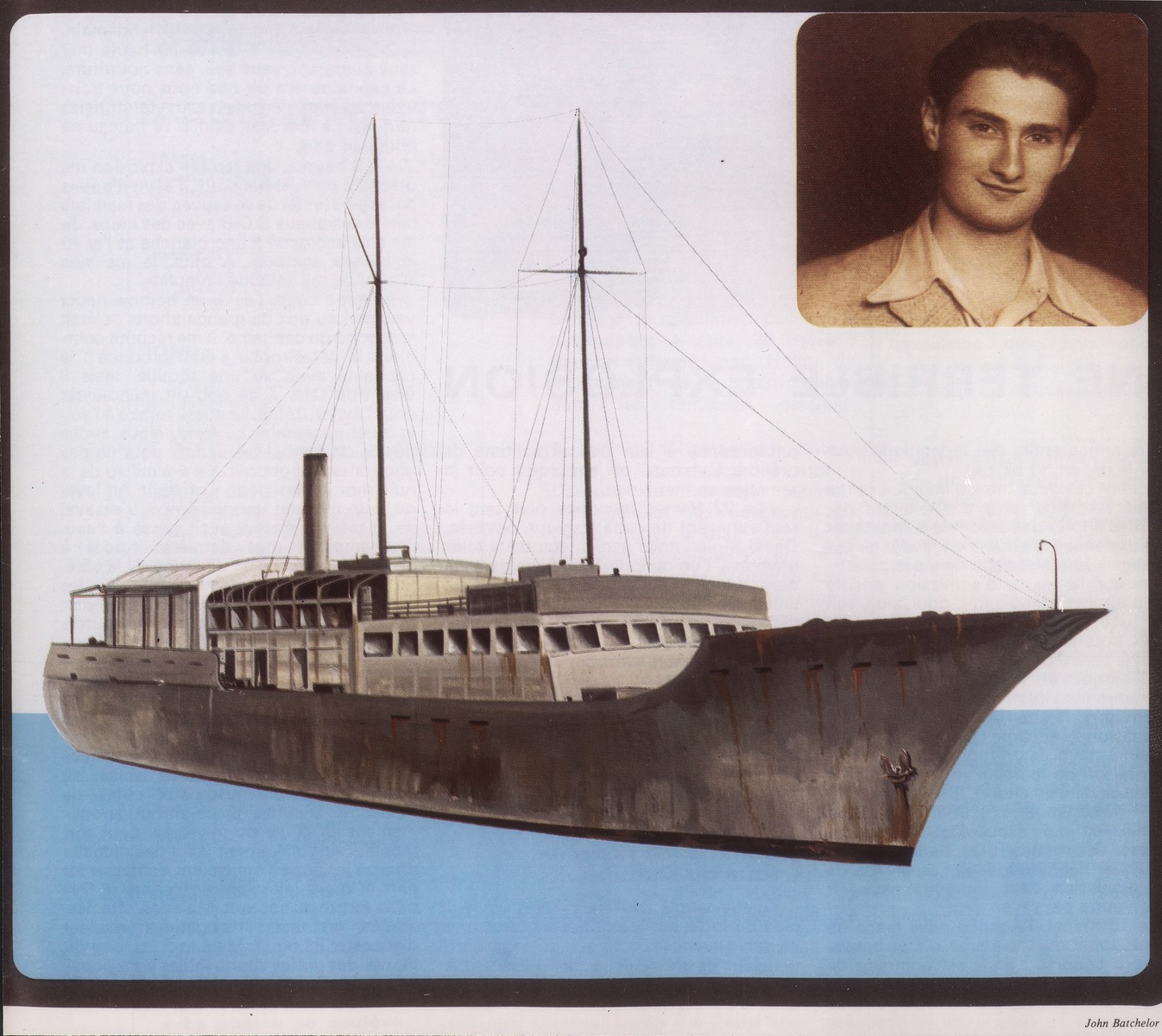 Model of the Struma with an overlay photo of Struma survivor, David Stoliar.

Event History
The Struma was a vessel bound for Palestine from Constanza, Romania in December 1941, which was torpedoed off the shores of Istanbul. 769 Jewish refugees were crammed aboard the cattle boat, which had to be towed all the way to Istanbul because of a disfunctional engine. The ship was placed in quaratine and the refugees remained confined to the boat in Istanbul harbor for ten weeks while attempts were made in vain to secure immigration certificates for Palestine from the British government. On February 23, 1942, the Turks, knowing that the vessel lacked an engine and basic supplies to sustain its passengers, towed the Struma out to sea. Within hours the boat was struck by a torpedo from a Soviet submarine and all but one of its passengers drowned.
https://www.ushmm.org/wlc/en/article.php?ModuleId=10005410.
Biography
David Stoliar was born in Kishinev on October 31, 1922. He was the son of Jacob and Bella (Leikman) Stoliar. His early years were spent in Bucharest and in the town of Vence in the south of France. After his parents, divorce in 1932, David was sent to school near Paris, where his mother had resettled. In 1937 he returned to Bucharest to live with his father. He graduated high school in 1939, but was barred from university for being a Jew. Instead he studied at a special college established for Jews in Bucharest. One year later the school was closed and all Jewish young men were impressed into forced labor. Though permitted to live at home, David had to report to a forced labor site each day. After several months his father bought his release and obtained passage aboard the Struma in December 1941. After the Struma was torpedoed off the coast of Istanbul, Stoliar was rescued from the wreckage by Turks who operated a nearby lighthouse. Taken to Istanbul, Stoliar spent a brief period in a Turkish hospital and prison before being granted an immigration certificate for Palestine. He arrived in Palestine in April 1942 and the following year enlisted in the British Army. In 1946 Stoliar returned to Palestine, where he remained until 1954, when he accepted a position with an international oil company in Japan.