Survivors rest on an embankment next to a stopped train. 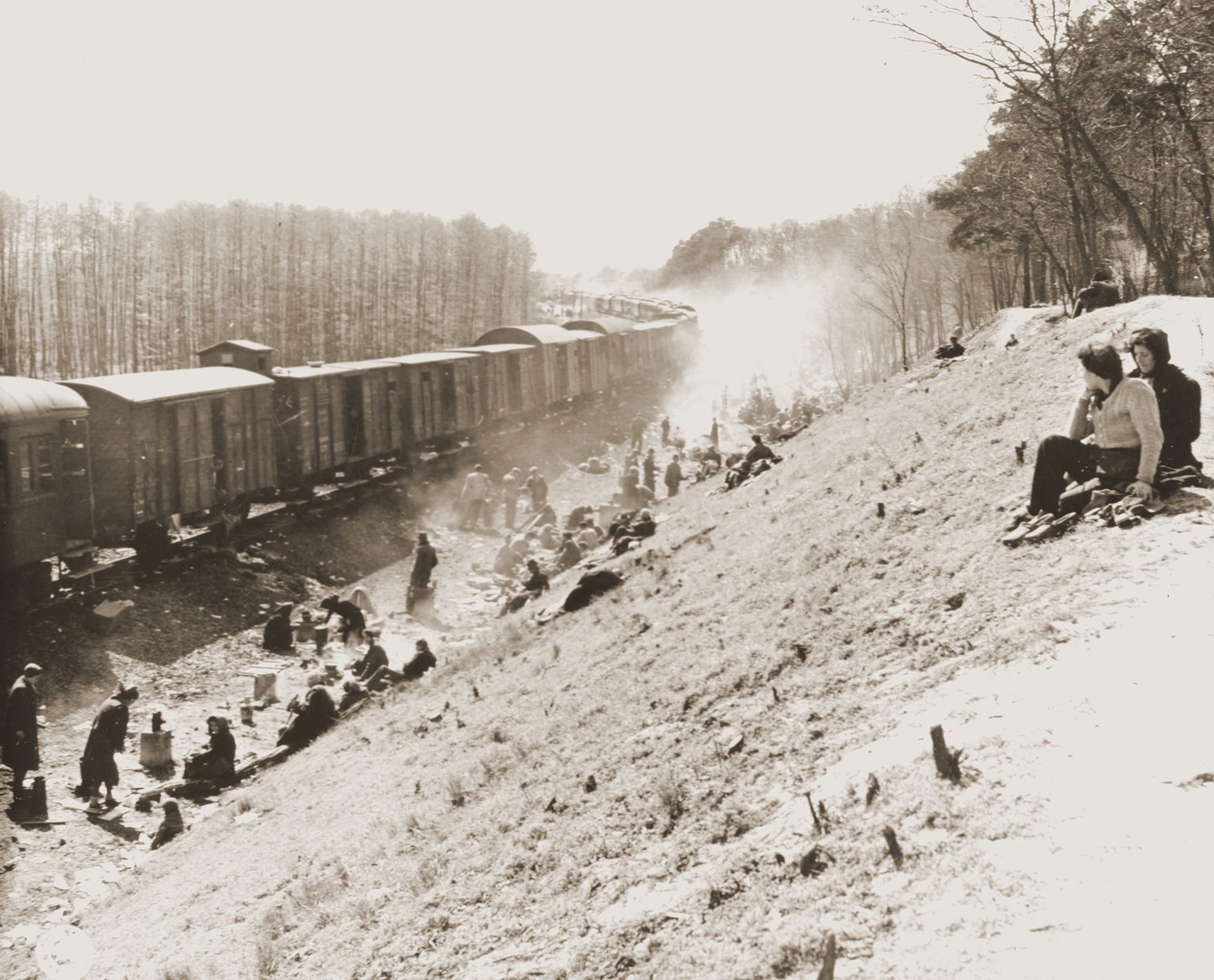 Survivors rest on an embankment next to a stopped train.

Among those liberated was Lisette Lamon.

https://www.ushmm.org/wlc/en/article.php?ModuleId=10005131. https://www.ushmm.org/wlc/en/article.php?ModuleId=10008065.
Biography
Lisette Lamon (1920-1982) was born May 14, 1920 in Amsterdam, Netherlands to Hartog Lamon and Mintje van Dam Lamon. She had a brother named Isaac Lamon (1917-1991). Isaac fled from Amsterdam to New York in August 1938, and the rest of the family followed in May 1939, but Lisette was unable to bear the separation from her fiancé, Benjamin Soep (Benno, 1919-1941). She returned to the Netherlands, which were occupied by Germany in May 1940, and married Benno in October. In June 1941, Benno was arrested by the Germans, deported to the Mauthausen concentration camp, and murdered. Lisette joined the Dutch resistance, was frequently held in Nazi custody, deported to Westerbork circa October 1943, and transferred to Bergen-Belsen in February 1944. She was evacuated along with her in-laws in April 1945, and her train was liberated at Farsleben by American troops on April 13, 1945. She was asked to serve as an interpreter when the Americans discovered her German and English language skills. She asked Major Adams to have someone send a short letter to her parents to let them know she was alive and discovered that his parents coincidentally lived in the same building as her parents in New York City. She returned to the United States to rejoin her family, and she married Robert Mendels and later Victor Fink. She obtained a BA from the State University of New York, trained in the Program for Psychiatric Rehabilitation Workers at the Albert Einstein School of Medicine in the Bronx, and worked as a psychotherapist.