Corpses of American soldiers killed by the SS in the Malmedy atrocity and identified by number lie in the snow. 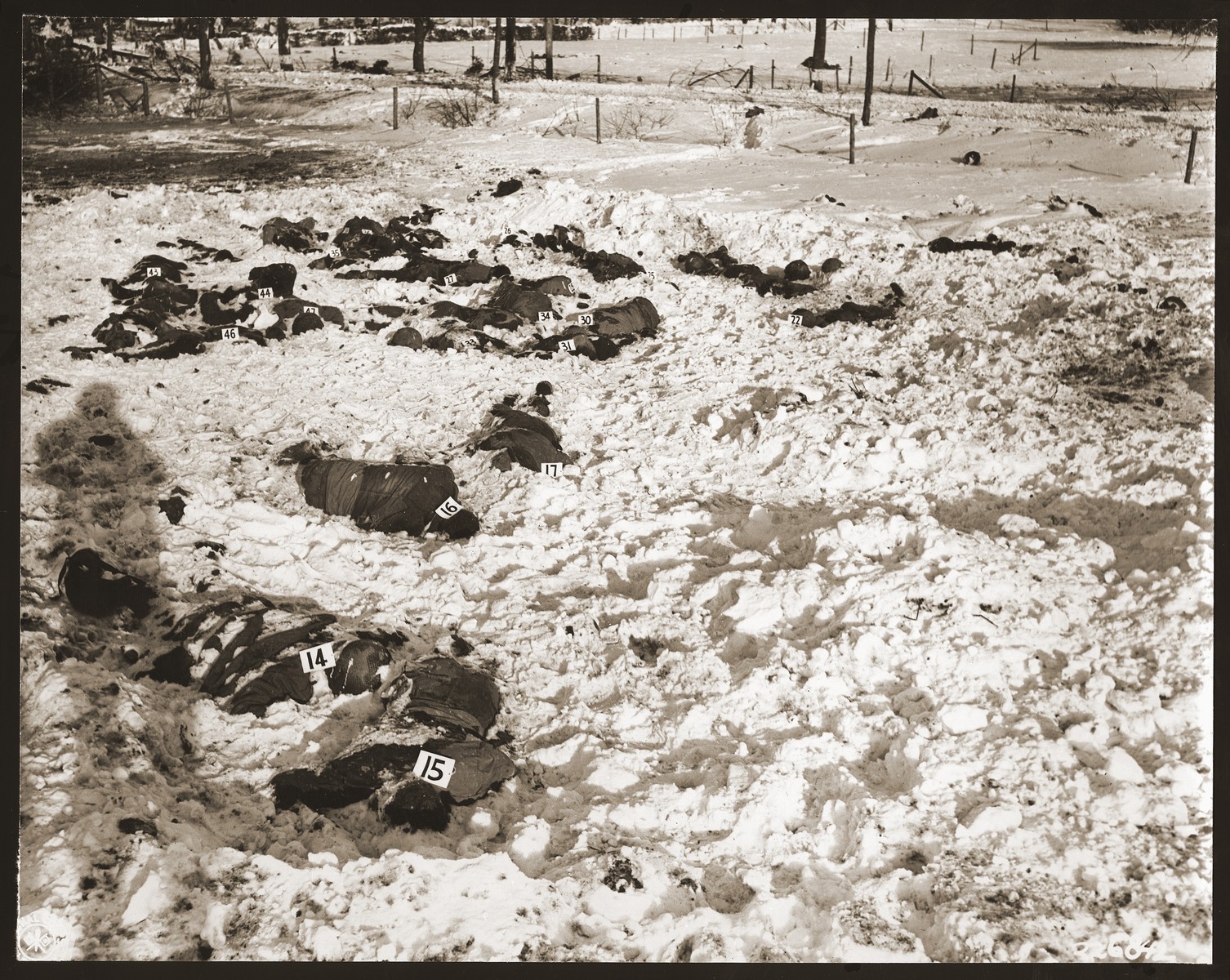 Corpses of American soldiers killed by the SS in the Malmedy atrocity and identified by number lie in the snow.

The original caption reads "Bodies of American soldiers lie in the snowy wastes in the vicinity of Malmedy, Belgium, shot down by Germans in a counter attack, after the Americans had surrendered."

Event History
On December 17, 1944, the 1st SS Panzer Division of the Sixth Panzer Army, commanded by Colonel Jochen Peiper, was heading west from Buellingen as part of the general German advance during the Battle of the Bulge. At the same time, an American convoy of thirty vehicles and nearly 140 men of Battery B of the 285th Field Artillery Observation Battalion was heading south from Huertingen Forest toward Ligneuville. The two forces converged just before noon at the crossroads hamlet of Baugnez, two and a half miles south of Malmedy. Kampfgruppe Peiper immediately began firing upon Battery B, sending the Americans into a panic. Those who did not escape, including medical personnel, quickly surrendered to the SS troopers and after being searched and relieved of their personal possessions, the 126 men were lined up in eight rows in a field at the crossroads. Following general instructions from Hitler to show "no human inhibitions" and take no prisoners of war, the men of Kampfgruppe Peiper then shot all the GIs. The SS troopers followed the shooting by kicking each body to ensure that there were none still living. Survivors of the atrocity recalled being fired upon several times, and even hearing laughter as the SS killed the Americans. Finally the Germans left the site, leaving 86 American soldiers dead. Surprisingly, just over 40 Americans survived the incident, now known as the Malmedy massacre, either by fleeing into the woods or feigning death.