Studio portrait of a mother and daughter in the Bedzin ghetto. 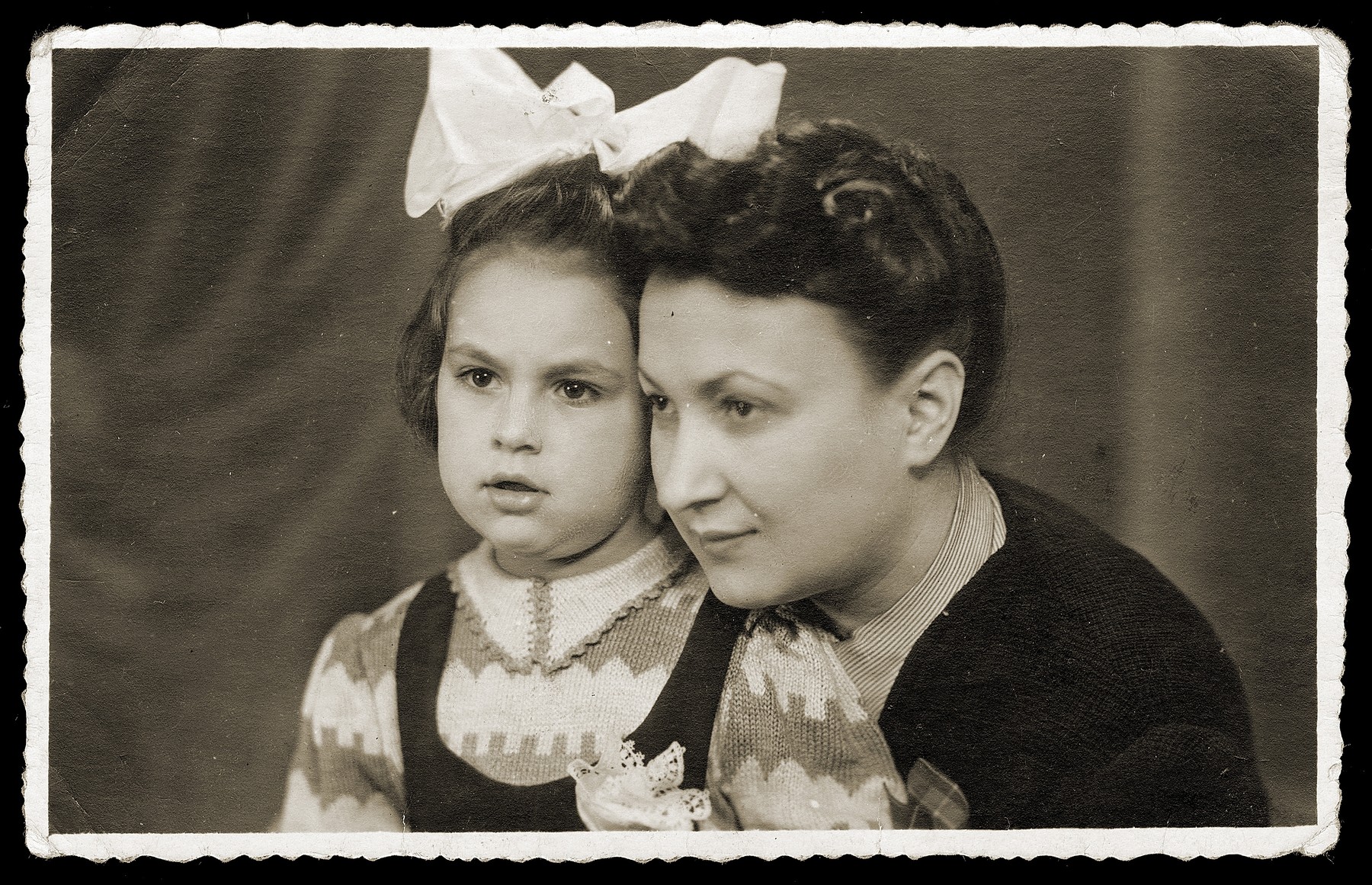 Studio portrait of a mother and daughter in the Bedzin ghetto.

Pictured is Dora Rembiszewska, with her four-year-old daughter, Mira.

https://encyclopedia.ushmm.org/content/en/article/german-administration-of-poland. https://encyclopedia.ushmm.org/content/en/article/ghettos-in-poland.
Biography
Mira Rembiszewska is the daughter of Dora and Marek Rembiszewski. She was born April 29, 1938 in Bedzin, Poland. The family fled eastward after the German invasion of Poland, only to return a short time later due to the numerous difficulties they encountered as homeless refugees. In 1942 the Rembiszewskis were forced to relocate to the Kamionka ghetto outside Bedzin. Mira's father then began to construct a secret bunker behind their house, where the family later hid during several actions. In August 1943, after the final liquidation of the ghetto, the family was transferred to the Rossner factory/labor camp on Malobacka Street in Bedzin. The plant belonged to Alfred Rossner, a German industrialist, who was known to help many Jews in his employ. Marek's job was to sort shoes sent from the Auschwitz death camp, while Dora worked in the laundry. During this period, five-year-old Mira was hidden in a cellar under a horse stable. The parents then established contact with Maria Dydra, a Polish woman, who agreed to hide Mira. In January 1944 Marek was transferred to another labor camp, the first of many, while Dora was put on a transport to Auschwitz. She remained in the camp until its evacuation in January 1945. During the death march to Germany Dora succeeded in escaping. She was reunited with her husband and daughter after the liberation. Mira later became a filmmaker and made a movie about her wartime experience entitled, "Diamonds in the Snow."