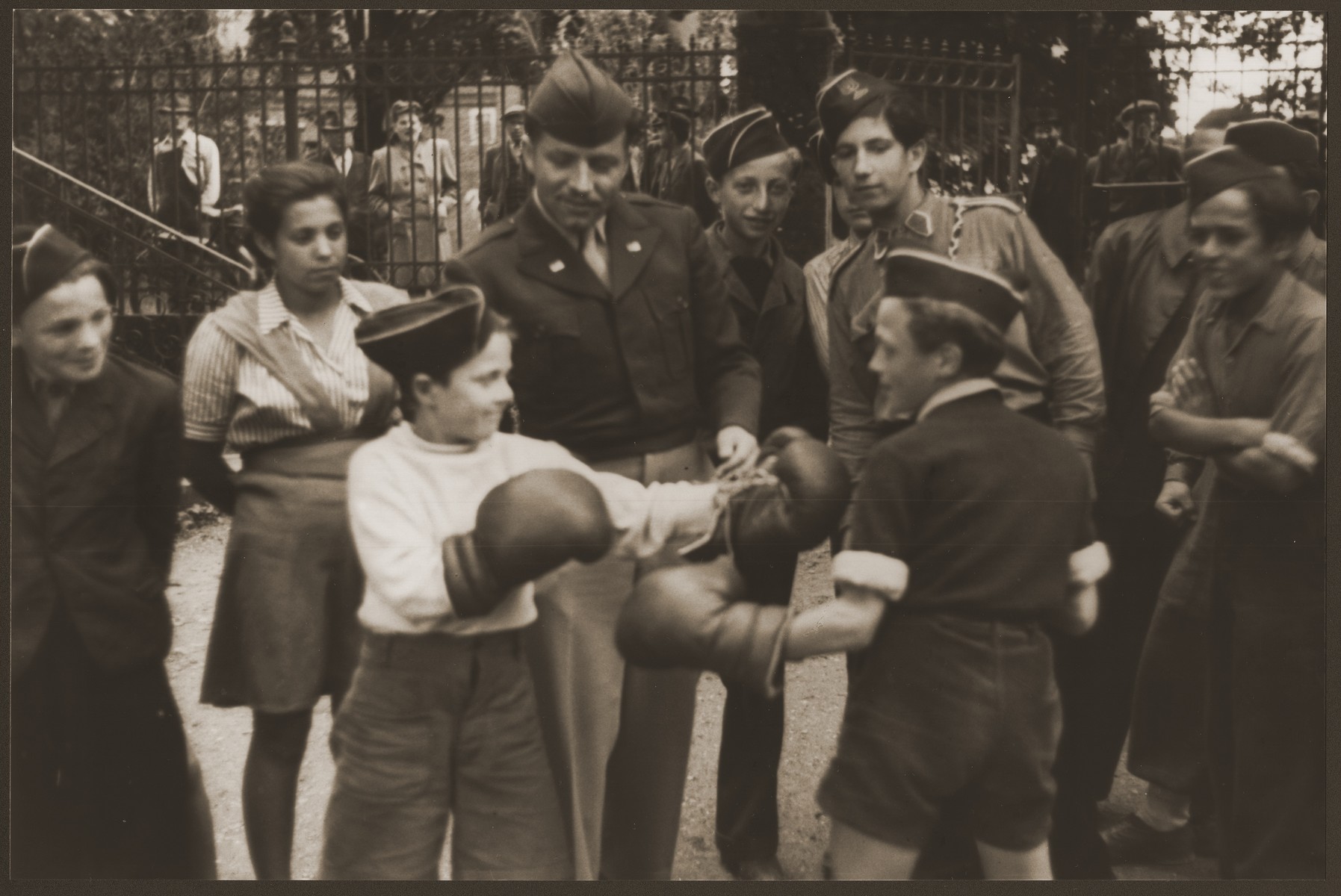 Among those pictured is Izio Gerber (far left).